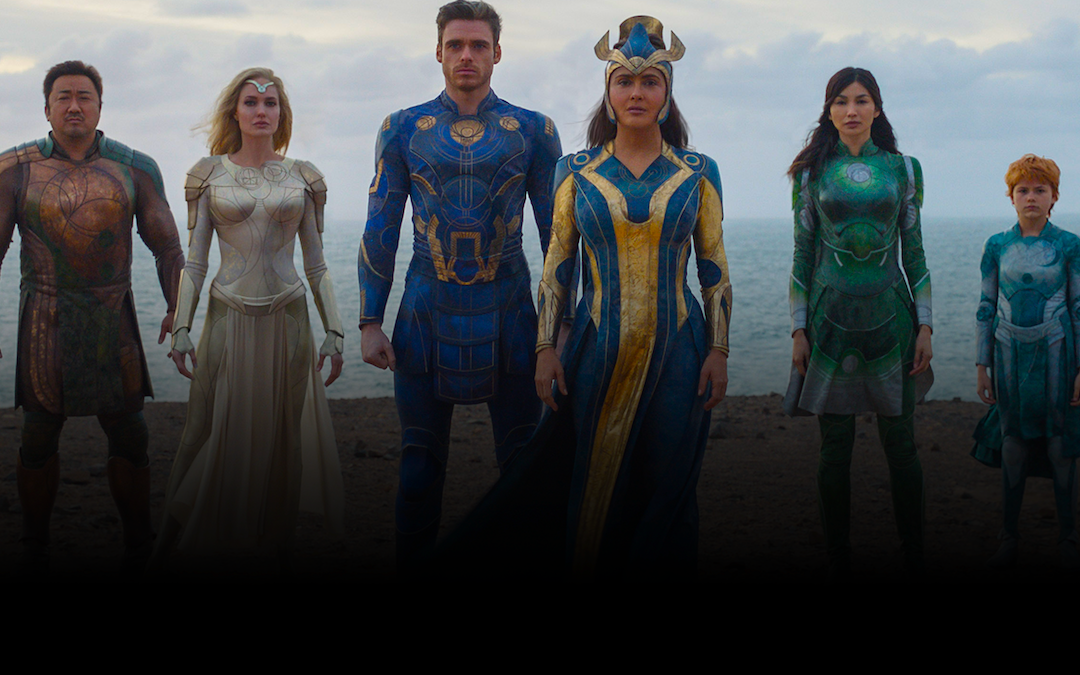 This week, Marvel’s Eternals hits theaters and it’s set to change the MCU forever. Academy Award winner Chloé Zhao’s movie is a departure from the Marvel norm, yet still introduces a spread of new characters who are certain to impact the universe moving forward. It’s the first time a new team has been incorporated into the MCU since 2014 when the ragtag Guardians of the Galaxy arrived on screens; bringing the Eternals to live-action is even more of a challenge.

It tells the story of the Eternals, an alien race who arrived on Earth in ancient times with the order to watch over humanity and to guard the earth against the threat of the Deviants, the Eternals’ mortal enemies. Those Eternals are the stalwart team leader, Ikaris (Richard Madden); the love of his life and humanity-loving Sersi (Gemma Chan); the wise, spiritual leader of the Eternals, Ajak (Salma Hayek); the eternally childlike Sprite (Lia McHugh); the flamboyant but observant Bollywood star, Kingo (Kumail Nanjiani); the goddess of war and the Eternals’ best fighter, Thena (Angelina Jolie), who suffers from the disease Mahd Wy’ry, brought on by the Eternals’ unnaturally long lifespans; her best friend and guardian, as well as the strongest member of the team, Gilgamesh (Don Lee); the brilliant inventor, Phastos (Brian Tyree Henry), whose inventions have shaped humanity; the fastest woman in the universe, Makkari (Lauren Ridloff), who happens to be deaf; and the mysterious Druig (Barry Keoghan), whose powers of mind control are vast. Joining them are Kingo’s put-upon and loyal assistant, Karun (Harish Patel), and Dane Whitman (Kit Harington), Sersi’s present-day romantic interest who himself has a secret he’s keeping.

But with Thanos’ Snap and the Hulk’s reverse Snap, the energy of the planet has become unstable and the Deviants the Eternals thought they had wiped out thousands of years ago are starting to reemerge. In the end, the Eternals will be torn between duty and love as they race to save the humans they love – and perhaps one another. Here are three reasons why Eternals is so very worth seeing when it hits theaters this weekend.

1. It’s Vast And Ambitious In Scope

In so many ways, Eternals is the biggest movie Marvel has ever made – yes, even bigger than Avengers: Endgame. Though that movie dealt with some time-hopping shenanigans, Eternals ups the bar, telling a sprawling, sweeping story across literal millennia. The events of the movie unfold on two tracks, one track set in the present era and the second track beginning in ancient Mesopotamia when the Eternals first arrive on Earth, jumping forward through history’s ancient civilizations such as Babylonia and the Aztec empire. Because of the jumping back and forth, and the story being told spanning thousands of years, the runtime doesn’t always zip by as with other Marvel movies.

However, what it sometimes lacks in pacing, it makes up for in a richness and depth of story that is sorely lacking in big-budget tentpoles. The tale Zhao weaves is truly an epic love story that spans the ages. Movies have often explored characters with the gift and curse of immortality. Vampire movies, in particular, tend to focus on the burden of it. But Eternals spans the scope of existence, from the joy of the Eternals who find meaning and purpose in watching humanity advance to those for whom life has been far too long and the memories too great. Through Sersi and Ikaris’ life together, you understand what it means to love someone literally forever. Through the story of the Eternals and their relationships with both each other and humanity, you get the sense of what it means to exist for thousands and thousands of years in the shadows. Though it’s about a group of immortal, superpowered aliens, it is inarguably the most human movie that Marvel has ever made.

2. It’s More Mature Than Other Marvel Movies – On Several Levels

Comparatively, and considering how many movies in the MCU there have been to date, there are very few recurring valid recurring criticisms of Marvel movies. One of those, however, has been that the MCU formula and strict PG-13 ratings have held its movies and filmmakers back from making more mature movies, or at the least well-rounded, particularly where more adult content is concerned. There is no sex and little sexuality save for the hollow, oversexualized nature of early Black Widow or the winking jokes to the musclebound physique of Thor or Steve Rogers. Romantic relationships have had all the passion of innocent first kisses and have largely been sidelined in favor of quips and action.

That changes with Eternals, which has the MCU’s first – gasp, whisper – sex scene. Granted, it’s a sex scene in a PG-13 rated movie, so it’s quite chaste. But it’s a momentous first step in a Marvel movie and it makes the characters fuller. They’re not simply asexual action figures, but grown beings with needs and wants and passions and, yes, even libidos. Likewise, one of the Eternals flipping another one the bird during a scene on a plane is almost startling, not because it’s offensive, but because it exists in the squeaky clean MCU. Remember, this is a universe in which Captain America once scolded his teammates with “Language!” when they uttered a mild curse during an intense fight scene, a moment in which any one of us might be expected to let far worse fly when under pressure. To see one of the Eternals giving the other the middle finger, while played as a comedic beat, is such a beautifully messy, human gesture. Again, despite being the most alien of all of Marvel’s superheroes, it’s a gesture that helps make them some of the most human and real characters Marvel has ever put on screen.

It’s also representative of the human experience in other ways. Eternals is by far the most diverse singular Marvel movie to date. The cast is beautifully varied, representing all corners of the globe and a plethora of nationalities, fitting for a team of superheroes that, in the movie, inspire the various deities of the Earth’s cultures. In Makkari, deaf and hearing-impaired people can see themselves in her communicating through ASL. In Phastos, members of the LGBTQ+ community can see themselves in his relationship with his husband and his love for their son. Most other Marvel teams and superheroes have been wholly American; even the few who have distinctly represented other countries and locations have been something of a monoculture. The Eternals, however, are a global team, one truly representative of the gorgeous tapestry of humankind.

Setting aside the sweeping historical epic and the love story, this is, after all, a Marvel movie, and a Marvel movie wouldn’t be complete without one or more superheroes with awesome powers. Eternals delivers on that front. The CGI extravaganza of Marvel movies can sometimes go a little sideways in the third act, with the powers of each superhero starting to look the same after a while. But the Eternals’ powers visually differ from what has come before, the golden energy from which they derive their abilities as beautiful as the rest of the movie. Their powers are depicted in a way that is simultaneously simple and intricate, from Makkari’s super-speed to Thena’s golden weapons. And the movie hints that what is shown is only the tip of the iceberg and that at least a few of the Eternals have yet to unlock the full depths of their powers and abilities. If that’s the case, it should be enormous fun to see how these characters and their superpowers continue to evolve in the MCU.

Eternals is in theaters on Friday, November 5.

Get tickets to Eternals. 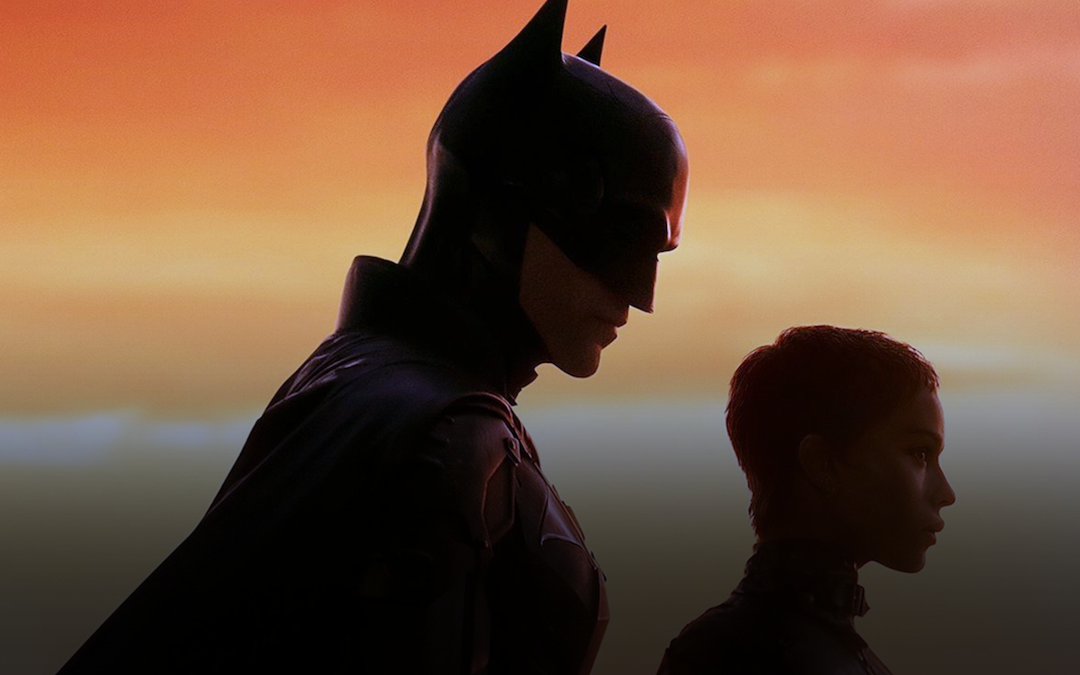 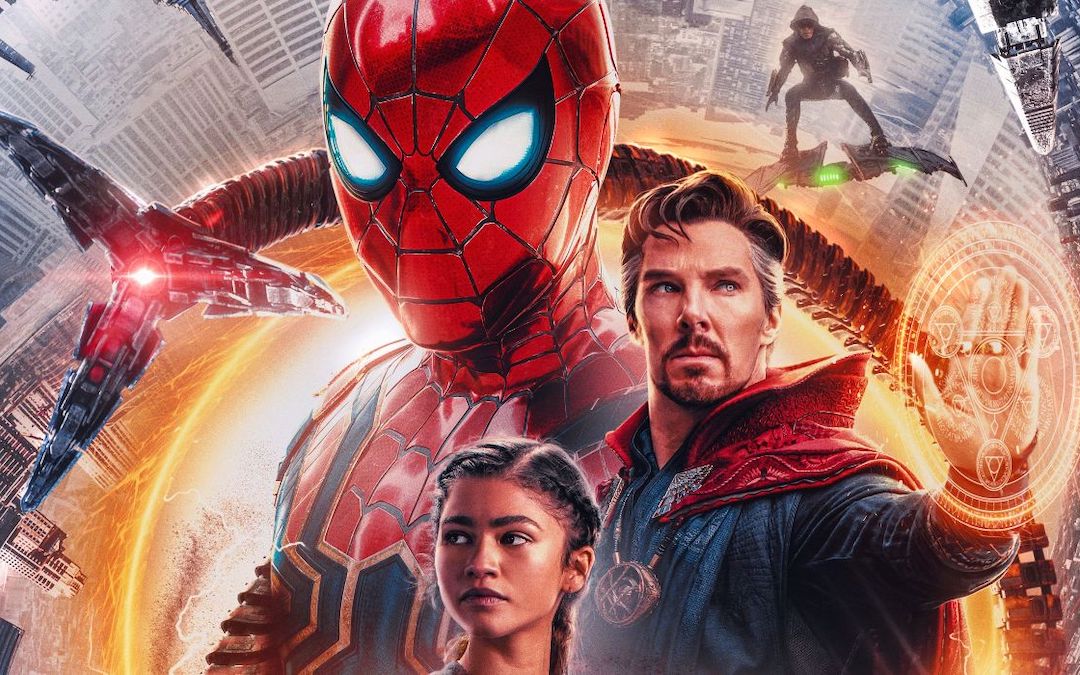