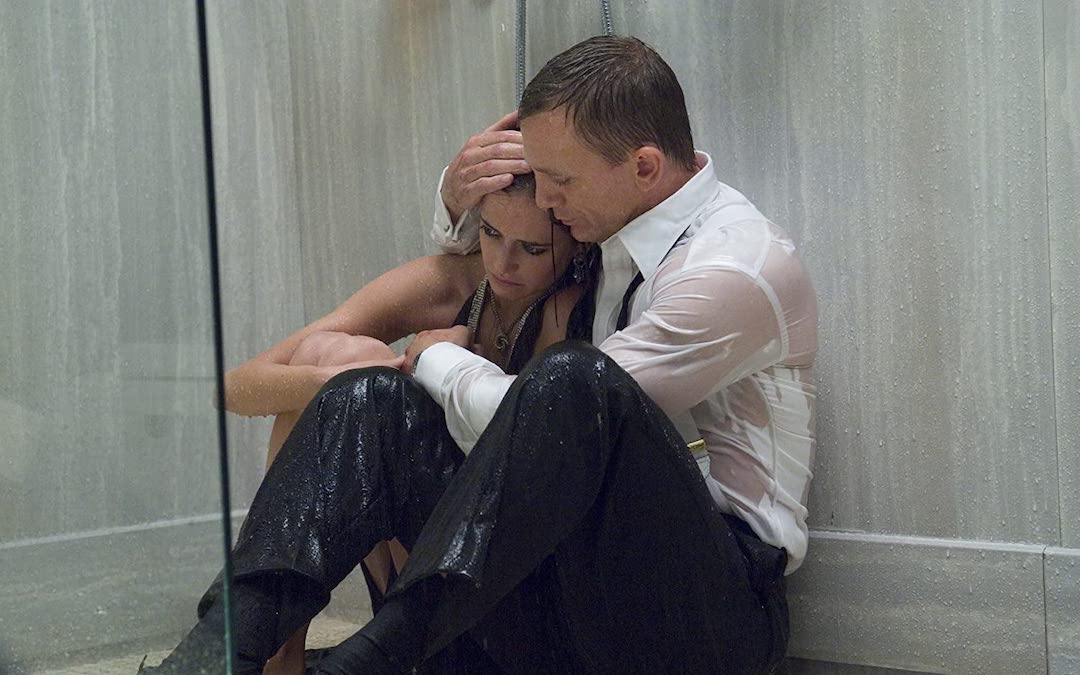 With the 25th James Bond film, No Time To Die, now scheduled for release on November 25, 2020, fans are eagerly awaiting the return of the famed British secret agent to the big screen. If you’re a superfan (like yours truly) you’ll surely be acquainted with not just the story of the “Craig Saga” thus far, but with the history of the franchise as a whole. However, for the relatively uninitiated, or just those who are a bit fuzzy on some of the finer points of the narrative so far and looking to get caught up before seeing No Time To Die, I’ve compiled a list of the key films that are worth watching to prime yourself before heading into the final film of Craig’s tenure as James Bond (Give us a few more, Daniel? Please??).

A brief note about my selection criteria: Before you lambast me for not including Skyfall on this list, I chose films that are instrumental in delivering key plot details necessary for the overarching narrative of Craig’s Bond, as well as a few selections from Bond history that I’m hedging a guess may come into play or provide relevant context for the upcoming installment. Spoilers obviously follow for all past Bond films, but be warned that some of the speculation below has a chance of hitting on plot points in the upcoming film.

The movie that started it all…Craig’s tenure that is. While it arrived as the 21st film in the franchise, within the series’ loose chronology this film chronicles the earliest exploits of James Bond as he becomes not only the 00 agent, but also the cold, calculated man we all know him to be. Craig inhabits the role flawlessly, portraying a deep vulnerability and pathos in Bond that had heretofore gone (mostly) unexplored and the film was successful in soft-rebooting a franchise that had grown somewhat tired and long in the tooth. It’s certainly one of the best Bond films ever made, if not the best, but what makes it an important stop on our narrative journey is Bond’s ill-fated love affair with Vesper Lynd. Her death and apparent betrayal informs much of the character development of Craig’s Bond and is also a central plot point that re-emerges in later installments.

Quantum of Solace is the first film in the franchise’s history to be a direct sequel to the previous film, picking up mere minutes after the ending of Casino Royale. Bond has captured Mr. White, ostensibly the architect behind all of his misfortune in Casino Royale, but the film reveals that White is merely a chess piece in a much larger organization called Quantum, itself just a front for the organization later revealed to be Spectre. Those familiar with Bond lore will know that Spectre has historically been Bond’s primary nemesis and while it appeared that Quantum would serve as a substitution in this newly rebooted series, the film Spectre eventually retconned Quantum to fall under the umbrella of Spectre. White remains an important figure, however, as he is brought back for a brief turn in Spectre to enlighten Bond as to the nature of the organization he seeks to defeat, as well as revealing himself to be the father of Madeleine Swann, Bond’s eventual second love and by all accounts a key figure in the upcoming No Time To Die. Besides that, Quantum of Solace is also key in resolving the dangling plot thread of Vesper’s betrayal, revealing that her feelings for Bond were true and she was manipulated by members of the shadowy organization.

Spectre makes a bold attempt to tie the various plot threads of previous Bond films together into a cohesive narrative, using the emergence of Christoph Waltz as famed Bond villain Ernst Stavro Blofeld as a way to retcon all of the prior villains into a single shadow organization called Spectre. As mentioned above, the return of Mr. White and the revelation of his daughter are major plot points that will, by the looks of the trailers, carry over into No Time To Die. Madeleine Swann, in particular, seems poised to become a key figure, as her “secret” threatens to destroy Bond in the upcoming film. Christoph Waltz also appears to be making a return as a Hannibal Lecter-esque presence in the film, doling out key information to Bond from the safety of his prison cell. How big his role shapes up to be is unclear but his presence warrants a viewing of Spectre in order to appreciate his relationship to Craig’s Bond. Also worth noting here since Skyfall was left off the list, Ralph Fiennes marks his first proper turn as M (the head of the 00 division), taking over for Judi Dench whose character met her untimely demise at the end of Skyfall. Miss Moneypenny and Q, played by Naomie Harris and Ben Whishaw, respectively, also return here after their introduction in Skyfall and will reprise their roles in No Time To Die.

Diving into some older Bond fare, Dr. No is a must-see if nothing else than for the fact that it’s the film that started it all. For those coming in fresh, it helps to firmly establish the familiar cadence and rhythm of a Bond film and helps establish context for everything that comes after. Having said that, I also included this film on the list because of some admittedly unfounded speculation that the upcoming No Time To Die may be reinventing some elements from Dr. No into the Craig era. Since the first glimpse of Rami Malek’s villain Safin, the internet has been ablaze with rumors that he could secretly be playing a new version of Dr. No himself. Not only is their visual aesthetic eerily similar, but so is their apparent struggle with a mysterious medical condition. For those wondering how this could be possible given that the character’s name has already been revealed to be Safin, well the Bond franchise is no stranger to outright lying about the true identity of its characters. Coupled with the fact that the original Dr. No was a member of Spectre and that Christoph Waltz is returning as Blofeld and the evidence starts to point in an interesting direction. Of course, this is all conjecture and could prove to be off-base but I still think it’s worth getting an education in Dr. No just in case.

5. On Her Majesty’s Secret Service

One of the more underappreciated Bond films, On Her Majesty’s Secret Service is an oddity in the franchise in that it is actor George Lazenby’s one and only appearance as the secret agent. That’s no indication of poor quality, however, as this is one of the strongest entries in the series and has become somewhat of a cult classic among Bond fans. It’s also notable for its plotline that involves Bond well and truly falling in love for the first and only time in the series until Casino Royale came around. The Daniel Craig era has leaned more heavily on serialized storytelling than ever before, and the major plot threads thus far have revolved around the two great loves of his life: Vesper Lynd and Madeleine Swann. On Her Majesty’s Secret Service gives us a similar window into the more vulnerable, romantic side of Bond, as well as the inevitable tragedy that always seems to plague his ill-fated love affairs. This is a great film to round out this viewing party as it’s one of the few times a Bond of yore has closely reflected the Bond we’ve come to know and love during Craig’s tenure.

And if you’re interested in watching the entire James Bond filmography, we’ve listed them all in our piece about movie franchises with the longest runtimes to keep you entertained while social distancing.