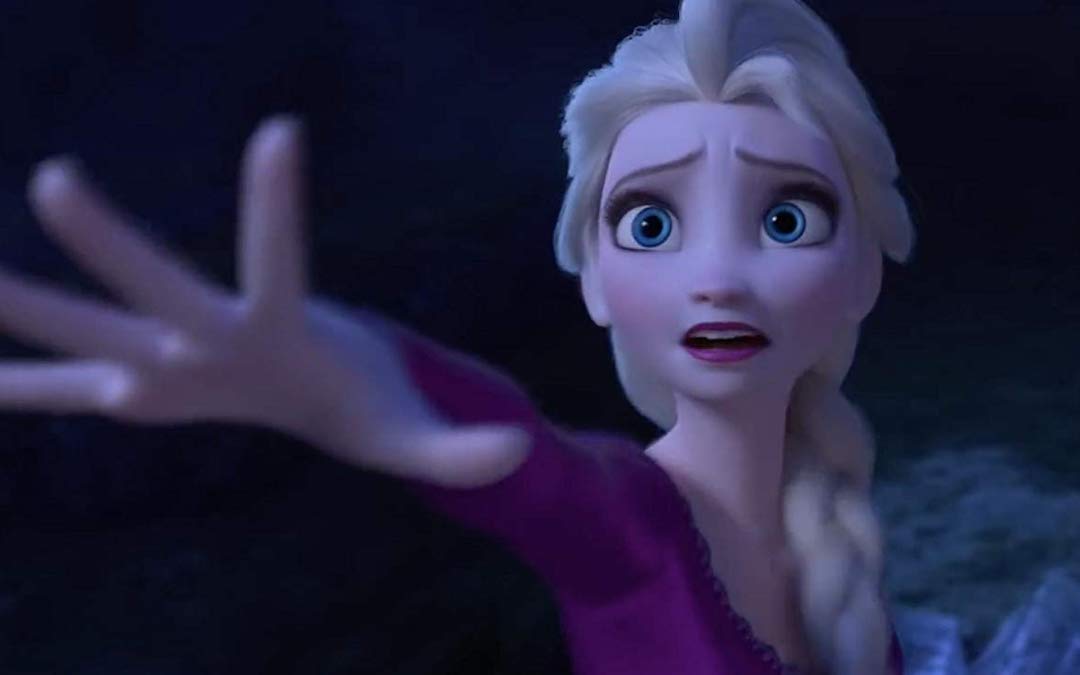 Since the first Frozen came out in 2013 and became not just a movie release but a genuine pop culture event, fans have been clamoring for long-overdue representation on screen. The #GiveElsaAGirlfriend hashtag trended hard after release and again when plans for Frozen 2 were announced. It’s understandable. While Hollywood is making strides with both representation and inclusion in some areas, in other areas, such as with the LGBTQ community, it is still sadly lagging behind – well behind. With Generation Z putting much less emphasis on gender labels and sexual orientation, it’s important and necessary for a major studio to put a queer relationship in one of their tentpole movies, whether that’s Disney or not. And it’s definitely beyond time studios stop queerbaiting and calling it good enough.

So it’s completely understandable that some will be unhappy that Elsa doesn’t get a girlfriend in the sequel. Yet, I’d argue that the relationship she does pursue is just as important and almost as rarely seen in a Disney movie: her relationship with herself.

Consider her history: At a young age, she was forcibly separated from her sister, whom she loved deeply and whose memories of Elsa’s powers were erased. Sequestered in the castle, Elsa was cut off from the outside world, isolated, alone, and without physical touch or comfort, forced to wear gloves at all times so as not to accidentally make skin contact. Raised fearing that she was a monster and allowing herself to get close to anyone would result in her hurting them, too scared to even so much as remove her gloves and touch her own parents’ hands. After being shut away like a terrible secret her entire life, her parents die in a tragic accident and she’s suddenly left a young queen of a kingdom she doesn’t know. In reality, that sort of traumatic childhood would likely result in a deeply damaged individual; it’s to Disney’s credit that, while glossing over some of it (it is, after all, a family movie), the scars of Elsa’s upbringing aren’t completely erased and nor is what she endures.

She’s shy and reserved, less a feisty, headstrong princess and more an internally-focused, cerebral one. She still has deep, almost crippling moments of self-doubt. Even in the sequel, she frets to Anna she’s going to screw it all up – she may no longer think of herself as a monster, but she certainly doesn’t yet think of herself as capable or worthy of being a queen. She still worries that it will all go away in the blink of an eye and it will all be her fault, bearing the weight of it everything on her slender shoulders. Heavy is the head that wears the crown. Heavier is a head that wears the crown while still grappling with the remnants of a traumatic childhood while being barely even out of that childhood. Elsa was only 21 when she became the Queen of Arendelle. She’s still an exceptionally young ruler and one who is learning how to even have relationships at all, let alone a romantic one that requires us to be at our most vulnerable. Even as a queen, she’s treated as a dangerous monster by others, her hands chained and bound in iron mitts. Her mistreatment by others and her own self-loathing don’t stop simply because she’s gained a crown. The development of her relationships and her own internal landscape wisely reflect that reality.

Too often in Disney movies, we’ve seen the princess pursuing a romantic relationship as the end goal of her story, the number one priority. In more recent Disney movies, such as Moana, they haven’t, but it’s still rare. And Elsa is a wholly different character than Moana with entirely different circumstances. Moana had no romantic relationship because she had a short-term adventure to go on. Elsa’s disinterest in dating and romantic endeavors has lasted longer and runs deeper. It’s not necessarily a bad thing to depict romance or for a female character to love love – just look at Anna. Love and romance are wonderful. But it’s also incredible to see a female lead, a Disney princess, who voluntarily eschews these things in favor of other kinds of non-romantic love. Little girls and little boys need to see that as an example of a woman’s experience, too. They need to see a female character with different goals and more goals than just settling down.

To date, Elsa’s great love has been for her sister. In the first Frozen, the major relationship she chases and seeks to repair is the one with Anna. Too many years have passed with Elsa shut away from Anna, and both of them are largely strangers to one another. The love is still there, but how do you fully rekindle that familial love of a sibling you barely know? A sibling you pushed away for so long? How do you learn how to love someone else unconditionally – and let yourself be loved in return? Those are all questions Elsa grapples with in the first movie as she tries to repair her relationship with Anna. 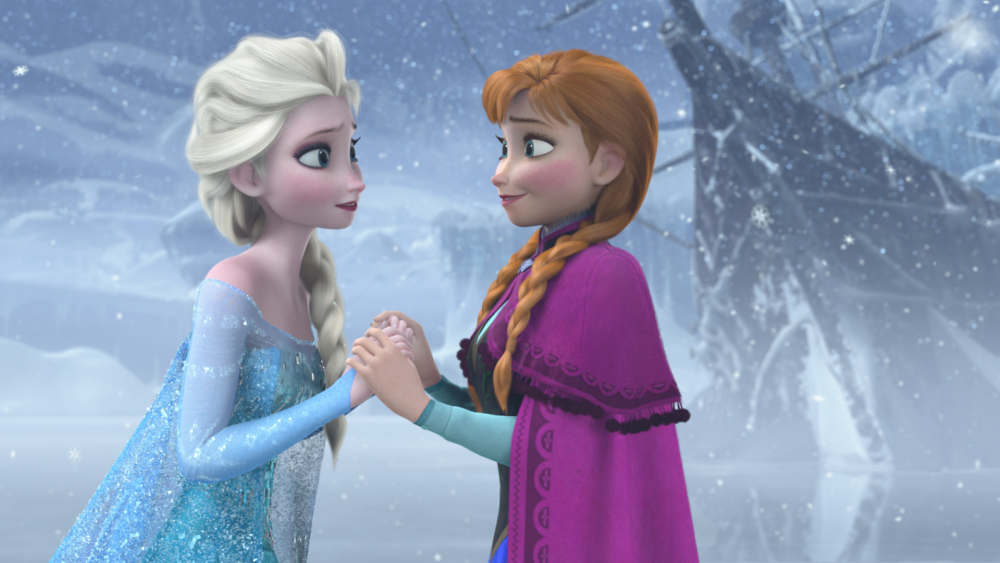 For the majority of the first movie, Elsa acts exactly as you’d expect a traumatized person to act, pushing her sister away and refusing to let Anna get close. Elsa may be out of the castle but she’s still not out of the prison. Her letting down her guard doesn’t magically happen all at once but comes in bits and pieces as she slowly allows Anna in. The familial love she feels for Anna and their sibling relationship is finally cemented when Elsa inverts the “true love’s kiss” trope to save Anna’s life. It’s no dashing, romantic prince whose kiss saves Anna but the deep love of Elsa for her younger sister. Letting Anna past her guard is a vital step on Elsa’s path to overcoming her past. Still, the healing is far from complete.

In the sequel, the relationship between Anna and Elsa continues to deepen and strengthen. But more importantly, Elsa pursues the long-overdue work of getting right with herself. The first movie was all about her learning how to be loved by others – important. But the second movie is all about self-love, which is just as if not more important. Elsa’s goal is to learn the truth of who she is and to make her peace with it, no longer denying her magical abilities or trying to shove them down out of fear. She’s only just learned how to let people in, a huge step for anyone; now she needs to learn how to live for herself and not simply for everyone else. There is no room there for romantic pursuits, and, for now at least, that’s for the best. Elsa shouldn’t have a boyfriend. But she shouldn’t have a girlfriend, either. She has too much work to do before that can happen, wisely understanding the most important thing she can do at this particular stage of her life is figuring herself out.

One of the hardest things you can ever do in this life is to take a hard, honest look in the metaphorical mirror and assess what you see. It can be terrifying to face yourself, your flaws, your past, all the ways in which you’re screwed-up inside. But it’s necessary. If you want to evolve, both in yourself and in your relationships, to bring your best possible self to all aspects of life, you have to do the hard work. Elsa recognizes this and sets about untangling herself inside, and that’s something to be commended. A Disney princess with self-awareness and as much internal strength as physical? A Disney princess who looks for no external source to validate her but finds her self-worth on her own? A Disney princess who is mindful enough to know that, one day, romantic love might come, but for now, she’s not in a place to prioritize it? A Disney princess who is wise enough to recognize the most important relationship she can be pursuing right now is the one with herself? Yes, please. More of that. We need so much more of that. What she builds with herself in the sequel, that is relationship goals.

Maybe in the third movie, if there is one, Elsa will finally have a romantic relationship, and if she does, it would be wonderful if it were with a girlfriend. But for now, I’m applauding Elsa for embracing who she is and finally making herself the love of her own damn life. Our independent, well-adjusted queen – long may she reign.

Frozen 2 is currently in theaters. Get tickets here.