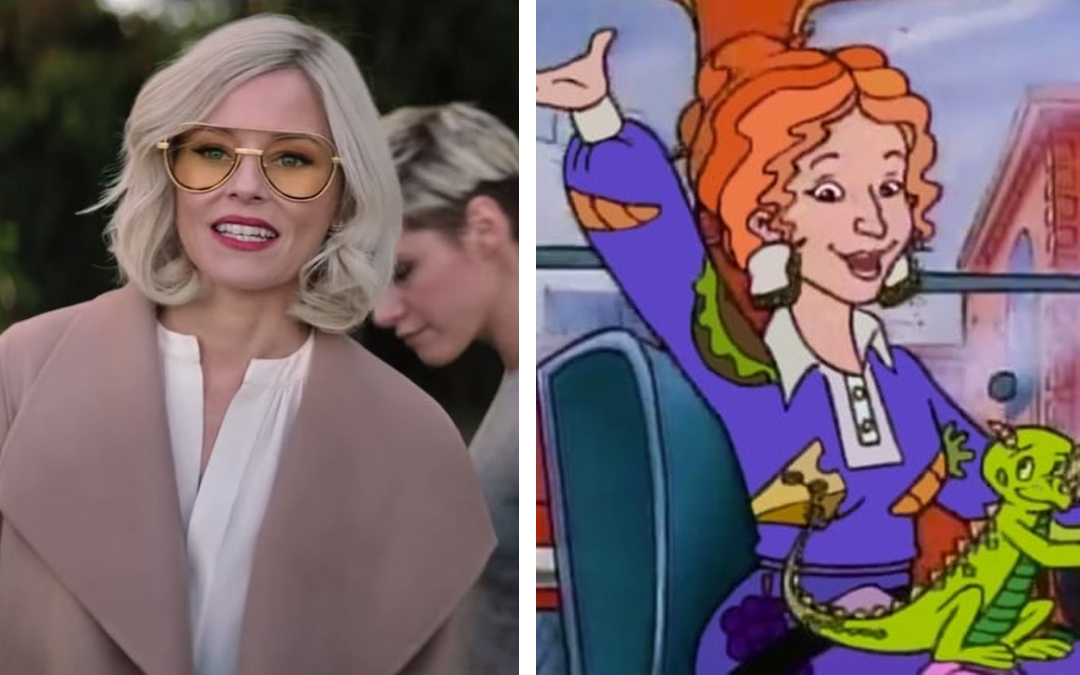 The ’90s are coming back strong. Disaster movies are making a comeback, fashion trends are returning full circle, and now, one of the most popular animated series of the decade is being turned into a live-action movie.

The Magic School Bus is in development as a live-action movie and Variety reports that it’s already found its lead in Elizabeth Banks. The talented actor-slash-director-slash-producer triple threat will be playing intrepid teacher and school bus driver, Ms. Frizzle.

The movie is based on the animated ’90s series which itself was based on the educational Scholastic children’s book series by Joanna Cole. In 2017, Netflix debuted an animated sequel to the original series, The Magic School Bus Rides Again, starring Kate McKinnon as Ms. Frizzle’s sister, Fiona. The series revolved around the adventures of Ms. Frizzle and her students as they bounced around on field trips in their bus that could turn into a plane, a submarine, a spaceship, or even a surfboard. Their adventures found them learning about history, different animals and locations, various time periods, and about science and its discoveries. Veteran comedienne Lily Tomlin voiced Ms. Frizzle in the animated series.

Banks, who has strong ties to Universal thanks to the Pitch Perfect series, will also be producing The Magic School Bus movie as well as being its star. She and Max Handelman will produce under the Brownstone Productions banner, with Allison Small serving as EP for Brownstone. Scholastic Entertainment’s president and chief strategy officer Iole Lucchese and senior VP and general manager Caitlin Friedman will also produce, along with Marc Platt and Adam Siegel for Marc Platt Productions.

Lucchese is thrilled to have the multitalented Banks on board and driving the bus, saying in a statement

“We are delighted to bring to life the iconic Ms. Frizzle and her zest for knowledge and adventure in a fresh new way that inspires the next generation of kids to explore science and supports the dedicated teachers who help make science real and accessible for young learners every day.”

Whenever its release, it’s sure to be a delightful movie for kids and the family.