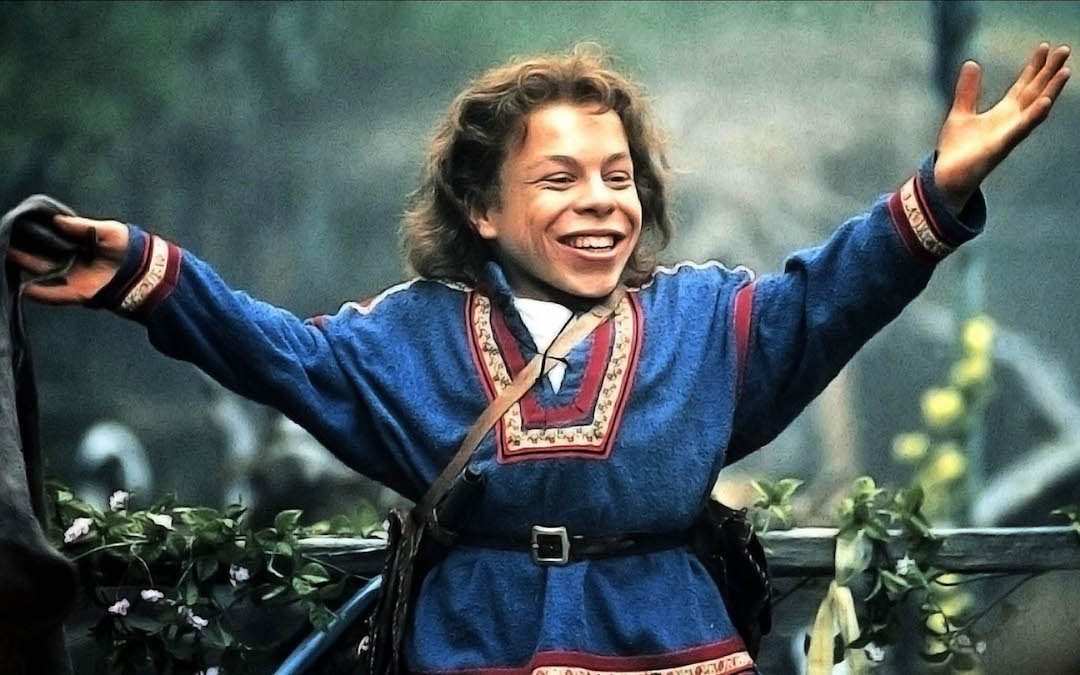 Ron Howard Gives An Update On The ‘Willow’ Sequel In Development

Willow is one of those beloved ’80s fantasy movies that doesn’t get nearly the amount of love that The NeverEnding Story or Labyrinth do. A sequel has been talked about for years, but director Ron Howard gave a recent update on where that stands at the Edinburgh International Film Festival. He cautioned that it hasn’t been greenlit yet and they’re still developing it, but that Warwick Davis is excited to potentially reprise his role. Further, they’ve also done some location scouting in Wales and Jonathan Kasdan is working on a few potential scripts. Whether or not it sees the light of day, it’s exciting to know something is moving forward.

Brie Larson is seriously delightful. She really is. As she’s just as bored and cooped-up as the rest of us, she’s decided to launch her own YouTube channel where she’ll be posting silly content, vlogs, and interviews with various people. Larson says wants her channel to be a mix of informative and entertaining, explaining, “YouTube has been a place that I’ve learned so much, whether it’s been like how to use my printer, or it’s been watching like how to be a considerate activist, this is like the place to talk about things that are important and that matter. It doesn’t mean that there also isn’t silly content. That there are ways to express myself personally, but there will also be deep conversations, anti-racist rhetoric, inclusive content. So with all that said, the following video is just me getting warmed up and feeling this out and getting to talk to a lot of really brilliant creators.”

From Lionsgate’s faith-based branch and partner, Kingdom Story, comes Zachary Levi’s next project. The Shazam! star has signed on to play football quarterback Kurt Warner in American Underdog: The Kurt Warner Story, says THR. The movie is based on interviews and Warner’s memoir, All Things Possible: My Story of Faith, Football and the First Miracle Season. The story will follow Warner’s journey stocking shelves at a grocery store in Iowa to becoming a Super Bowl champ and NFL Hall of Famer. “When I read Kurt’s story, I identified with the quiet strength he found to persevere — that’s something I think anybody can recognize in their own lives,” said Levi of being cast in the role. “This is the kind of underdog story that sports movies are all about, and the fact that it’s true makes it even more special. I’m thrilled to be part of bringing his story to audiences.”

Frosty the Snowman is coming to town, and Aquaman star Jason Momoa is set to voice the titular character in a new, live-action adaptation, though Frosty will be CGI. Jon Berg and Greg Silverman, who helped launch the Aquaman franchise when they were senior execs at Warner Bros., will be producing, along with Geoff Johns, who has also worked with Momoa in the DCEU. David Berenbaum, who is no stranger to Christmas movies, having written Elf, is on script duties. Berg and Silverman had some kind words regarding Momoa’s casting. “From his role as a fearsome count in a land of ice and fire to the oceanic success we all had with Aquaman, it felt only right to realize Jason this time out of snow,” said Berg. Silverman added, “We know Jason’s as a true human being filled with love, compassion and a deep connection to ohana… all of which is the living spirit of Xmas and Frosty.”

Mulan hasn’t even hit theaters yet, and already, director Niki Caro has her next project lined up. She’s set to direct Amblin’s Beautiful Ruins, an adaptation of Jess Walter’s romance novel. The story begins in 1962 in a small seaside village in Italy where a young Italian hotel manager meets an American starlet and she captures his heart. Five decades later, in modern Hollywood, he shows up on a movie studio’s backlot, searching for the woman who captivated him all those years ago and a young production assistant is determined to find a happy ending to their story. Mark Hammer and Chiara Atik will pen the adaptation based on an earlier draft by Micah Fitzerman-Blue and Noah Harpster. Neal Street’s Pippa Harris, Sam Mendes and Julie Pastor will produce. Nicolas Brown will serve as executive producer.

The Star Wars prequel trilogy gets a lot of flak from fans. A lot of flak. Some of it’s earned, some of it’s not, but sometimes it feels as though the criticism of the prequels happens because people feel like they’re supposed to hate them rather than focusing on the things they did well. The Last Jedi director Rian Johnson, however, is not one of those people. No stranger to criticism from the Star Wars fanbase, he offered a brief and spot-on assessment about the prequel trilogies in response to a tweet asking for people to say something nice about them. “[George] Lucas made a gorgeous 7 hour long movie for children about how entitlement and fear of loss turns good people into fascists,” Johnson replied, “and did it while spearheading nearly every technical sea change in modern filmmaking of the past 30 years.” The man makes an excellent point.

Casting grids often make the rounds of the internet among entertainment journalists and can tell us a few interesting details about things like planned start dates, roles being cast, and even who’s attached to roles. They’re not to be taken as definitive proof, but still, they can give us general ideas about upcoming projects. One such casting grid is making its way around and it indicates that the third Spider-Man movie in the MCU, which was originally scheduled to start shooting in a few weeks, is now eyeballing a September start. It also confirms what’s been reported before about the shooting locations being Los Angeles, New York City, Pinewood Studios in Atlanta and Iceland. Kraven the Hunter, anyone?

When it was announced that James Gunn would be tackling director duties for The Suicide Squad, it left plenty of people with questions. Was it a reboot? A sequel? A soft reboot? And how would it be different than the first movie? When speaking with Variety, Captain Boomerang actor Jai Courtney assured fans that The Suicide Squad will be a different beast thanks to James Gunn. “I think it’s kind of got a different flavor,” he said. “There’s a whole bunch of new characters. James Gunn has an approach to things that is uniquely his; he pulls a lot of that into the Suicide Squad world. And I think that it fits really well, and audiences are going to have a lot of fun with it.” It’s much to go on, but if the cast is happy, I’m keen to see what Gunn has put together.