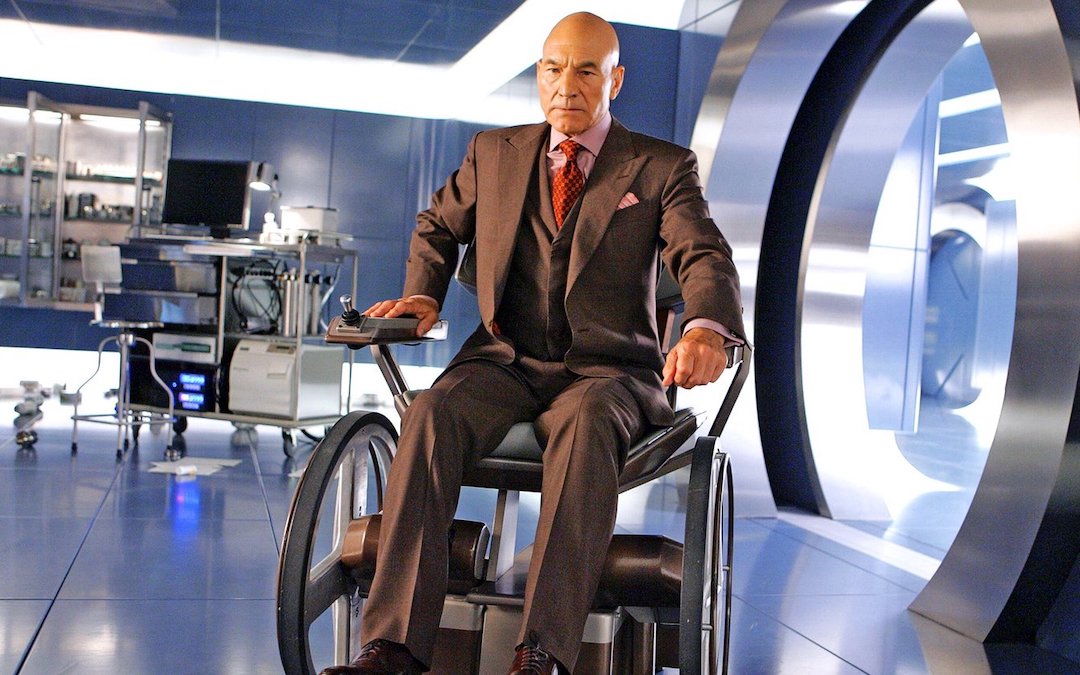 Despite the ongoing coronavirus pandemic, Hollywood productions shooting in the UK have been given the green light to resume production. The first of those to get started back up is Universal’s Jurassic World: Dominion, and star Bryce Dallas Howard has the pics to prove it. The actress showed off some gnarly bruises from doing stuntwork after co-star Chris Pratt encouraged her to show them off because she’s been so hardcore in diving into the stunts. We’ve gotta give her a round of applause, because those bruises look like they came with a world of ouch.

Here’s a really interesting project: Gina Prince-Bythewood, who is coming off directing Netflix’s smash hit The Old Guard, is set to direct the inimitable Viola Davis in historical epic The Woman King. The Sony project, which is an original story, is based on the real events that happened in the African kingdom of Dahomey in the 1890s. Davis will be playing Nanisca, the general of the all-female army of Dahomey known as the Amazons (if that sounds familiar, what you’re likely thinking is correct: the Dora Milaje of Black Panther were based on the female warriors of Dahomey). Aided by her daughter, Nawi, Nanisca led their troops into battle against the French and neighboring tribes who wanted to invade Dahomey and enslave their people. Prince-Bythewood has shown that in her hands, female-led action turns into something fantastic and it should be no different with The Woman King. Keep your eyes peeled for this one.

It’s always interesting to think about what might have been if certain actors hadn’t signed on to play roles they eventually made iconic. One of those actors is Patrick Stewart, who has played not one but two iconic characters who have spent a lot of time sitting in chairs. But X-Men writer David Hayter revealed to the Observer it was for exactly that reason – the chair – that Stewart almost passed on playing Professor X. “Patrick Stewart didn’t want to [play Charles Xavier],” Hayter recounted. “It took a long time to convince him. Terence Stamp told me, ‘You know why Patrick doesn’t want to do it? Because of the chair. He doesn’t want to be stuck in the chair. But I don’t mind. In fact, I also look excellent bald.'” Luckily, Stewart got over his initial reservations and signed on. Though we can’t say we’re not curious to see the alternate universe version of X-Men where Terrence Stamp plays the prof.

Trek Report snagged this quote for us: While speaking on a video panel at the virtual GalaxyCon this past weekend, Star Trek star William Shatner was asked who he’d like to see play him if a biopic of his life were ever made. After joking that he’d like to play himself as he wants to live forever, he got serious and threw out a name that is completely unsurprising: “I don’t know. [Chris] Pine? Why doesn’t he play me? A good looking, talented guy.” Why not? Pine already plays a younger version of Shatner’s character, James T. Kirk, in the Star Trek movie reboots. Playing Shatner in a biopic would be the next logical step.

After many, many, many setbacks in development hell, the filming of Sony’s Uncharted movie is finally underway. No, really. We swear. Tom Holland even posted a picture from set and everything. It’s become a bit of obligatory fun for actors to post pics of their customized set chairs on the first day of shooting, and Holland, one of the most active stars on social media, naturally obliged.

There you have it. Proof the mythical Uncharted movie actually exists and is happening. It’s a 2020 miracle!

A ‘Just Cause’ Video Game Adaptation Is On The Way

Speaking of video game adaptations, it looks like Avalanche Studios and Square Enix’s Just Cause is getting the movie treatment. Constantin Films has greenlit an adaptation with Derek Kolstad, the writer of all three John Wick movies, set to pen the script and serve as a producer. Stuber director Michael Dowse is set to help the adaptation. The video game series revolves around secret agent Rico Rodriguez’s battles against deadly mercenary group, The Black Hand. Exact plot details of the adaptation aren’t known but the tone they’re reportedly aiming for is a Romancing the Stone adventure vibe.

A ‘Wishbone’ Movie Is In The Works From Universal And Mattel

Children of the ’90s will likely remember Wishbone, the PBS series that ran in the late ’90s. Now, Universal and Mattel Films are teaming up for a Wishbone movie adaptation directed by Oscar winner Peter Farrelly. Black List 2019 featured writer Roy Parker will write the script. The movie will be a modern take on the beloved literary series, which revolved around the adventures of the dog, Wishbone. Wishbone would dive into books and bring viewers into some of the most famous moments in literature, covering everything from Tom Sawyer to Romeo and Juliet to stories of god Anansi in African folktales. Farrelly will also produce alongside Mattel’s Kevin McKeon and Robbie Brenner, who will serve as EP, and Universal’s Lexi Barta.

Alden Ehrenreich Explains Why He Took A Break From Acting After ‘Solo: A Star Wars Story’

Alden Ehrenreich was one of Hollywood’s fastest-rising It Boys and when he was cast in the role of a young Han Solo for Solo: A Star Wars Story, he was – mostly – immune to the backlash of the demanding Star Wars fandom. But after the movie did poorly, he disappeared from the scene, with most thinking it had killed his career. In a new profile with Esquire, he clarified that’s not the case. Turns out, the experience of dealing with everything that comes with being in a Star Wars movie just burned him out: “I took some time off after Solo, just because it was basically a three-year experience from pre-production to the release of the movie,” he explained. “I just wanted to be a person, connect with people in my life, spend time and develop as a person outside of those worlds. And then you never know.” Ehrenreich is now back, and you’ll next see him in the Brave New World series based on the Aldous Huxley novel, set to premiere this week.

If you were thinking that Tenet would be a nice, tight little spy thriller that zips along, you’ve clearly never watched a Christopher Nolan movie. Since 2005’s Batman Begins, Nolan’s films have averaged a 2-hour, 24-minute runtime, and that number is even skewed by the extremely short-for-Nolan hour-and-45-minute runtime for Dunkirk. Tenet is set to be on the longer end of his films, clocking in at 2:30 according to both IMDb and the Korean Media Rating Board, which clocks it at exactly 149 minutes and 59 seconds, making it exactly a minute longer than Avengers: Infinity War. Hold onto your butts (and bladders), everyone.

Israeli actress Gal Gadot is built herself a hell of a career in the action space. With the Fast & Furious and Wonder Woman franchises under her belt, she’ll next be seen in Netflix’s Red Notice opposite Ryan Reynolds and Dwayne Johnson. And her next project might see her heading a spy thriller for Skydance. The project, given the working title of Heart of Stone, is an intriguing one with the tone reportedly being similar to action-spy franchises like Mission: Impossible or James Bond. Even more intriguingly, the script is written by Greg Rucka, whose latest film, The Old Guard (which he adapted from his own graphic novel) is one of the most exciting action movies to hit screens in a while. If Gadot signs on officially, she’ll also be on board as a producer. Get it, girl.

Of all comic book characters, Deadpool is the one who is perhaps the most savvy about pop culture, perhaps even more than Spider-Man. It’s fitting, then, that star Ryan Reynolds took to his Instagram stories to point out a shot from Deadpool 2 that’s a fun homage to Indiana Jones. There’s a shot where Deadpool is running away from a mob of people. Turns out, it’s a nod to the “Jock! Start the engine!” scene in Raiders of the Lost Ark when Indiana Jones is running away from a mob of hostile natives – complete with Deadpool clapping a hand to his head to hold his imaginary fedora. Beautiful.

Giancarlo Esposito Of ‘The Mandalorian’ Is Gunning For A Marvel Role

Giancarlo is one of those character actors who makes everything he’s in better but doesn’t get nearly enough credit for it. Still, he’s experienced a bit of a renaissance in recent years with playing villain Moff Gideon in The Mandalorian, voicing Lex Luthor in DC’s acclaimed Harley Quinn, and will also be seen as dictator Anton Costillo in Ubisoft’s upcoming Far Cry 6. It seems inevitable that a Marvel movie is next on his list. Speaking to ET, he finally addressed rumors he’s been in new talks with the studio saying he wants to do “something enduring” with them (he previously turned down a TV role as he wanted to keep the option open for film). “I think the Marvel world would be, likely, the next step for me,” he conceded. “And then I would step back into playing some characters I think that really did change the world through their actions, and it really didn’t matter what color they were.” Doctor Doom, anyone?

‘The Batman’ Reportedly To Resume Filming In September – With A Twist

It’s been a bit up in the air as to when projects in the middle of filming when Hollywood’s shutdown happened will resume filming. One of the earliest expected to resume was Matt Reeves’ The Batman, which had shut down about a quarter of the way through filming. But a new report/rumor from critic Kris Tapley says that Warner Bros. is eyeing a production restart in September. The reason for the delay is because they’re switching from shooting on location to a studio set in order to minimize the health risks of an open set, which is harder to control. According to Tapley, the locations have been scrapped and sets are now being rebuilt in-studio to accommodate the rest of the film shoot. Check out his tweet below: