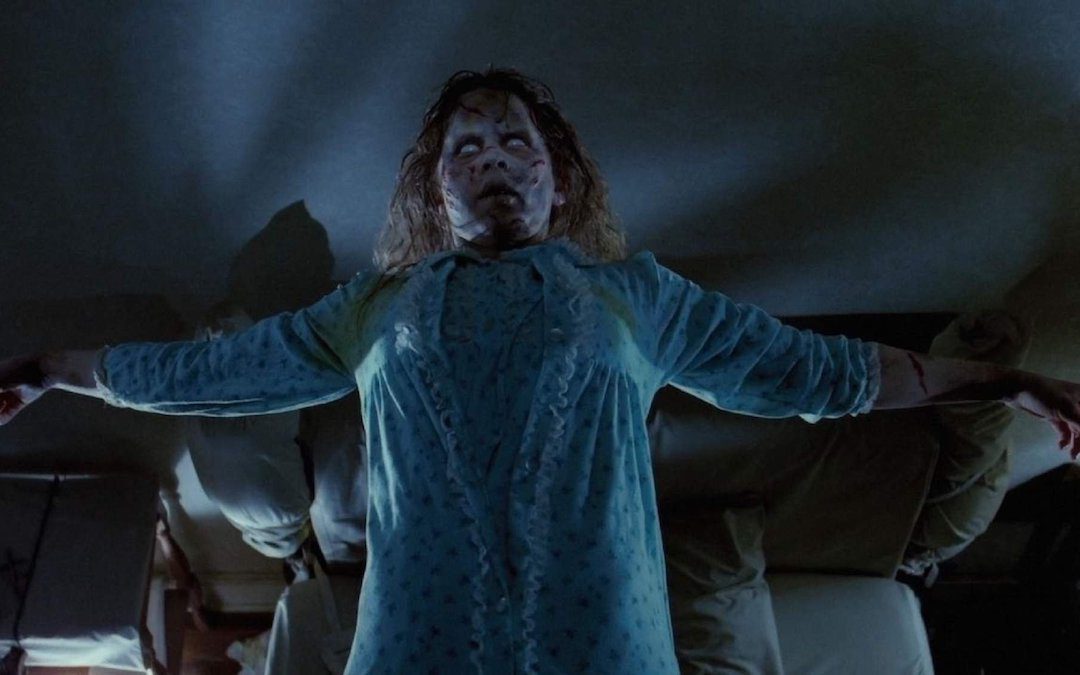 5 Cursed Movie Sets That Were Definitely Haunted As Hell

While horror movies are always fun for a good scare, once you’re done, you get to go home and forget that you ever watched it. But for the people who make them, that’s not always the case. What happens when the spooky stuff in the movie you’re making comes to life? When a film production becomes its own ghost story? Who you gonna call when you already are (the actors who play) the Ghostbusters? (The set of Ghostbusters was not haunted to my knowledge)

Are these creepy flicks causing unrest amongst the spirits or are all these happenings just a strange coincidence? That’s up to you to decide. Here is a list of 5 movies that were believed to have been haunted in real life.

If you’ve never heard of Atuk, that’s because this movie was so cursed, it never actually got made. Ironically, it wasn’t even supposed to be a scary movie. A comedy about an Inuit hunter using traditional techniques to survive in an urban environment, it’s not the movie you would immediately suspect is ripe for a cursing.

Yet, many of the actors who signed on to play the lead role have died prematurely including John Belushi, Chris Farley, and John Candy. Actors who were cast in supporting roles weren’t immune either, with Phil Hartman also facing a violent and tragic early end after being attached to the film.

It’s definitely a bit of a stretch to suggest that this movie was somehow involved in the deaths of these actors, but it is quite an incredible coincidence that they all met an early demise after getting involved. In any case, it’s certainly interesting that multiple attempts to develop and produce this project have never come to fruition.

Sometimes a well-told ghost story is more powerful than the ghost itself. Stories tend to take on a life of their own, and that’s exactly what happened with The Blair Witch Project.

Largely credited as the beginning of found footage horror movies, The Blair Witch Project is about a group of students making a film that investigates some local urban legends, including one about a mysterious abandoned house in the nearby forest. They go out to the woods to investigate only to continually happen upon strange and eerie things in the woods.

There’s a lot of lore about the making of The Blair Witch Project, most of it self-imposed. The movie had an unorthodox production style where scenes were set up throughout the forest and the actors were left to their own devices to find them and improvise their reactions. This, in tandem with their online marketing campaign that suggested the footage was actually real and that the people in it were dead or missing, helped create a mythology around the movie itself. Even though it’s all been long since debunked by the filmmakers, many people still believe at least some of it was real. When I think of movies with actual hauntings, The Blair Witch Project still comes immediately to mind as the legend surrounding it is what made it so notorious. Urban legends leave an impression for a reason, after all.

Poltergeist is a creepy movie, sure, but it doesn’t have the shock value of R-rated horror movies, the visual effects haven’t exactly held up well, and plenty of horror films get made without any unusual happenings. So why, you might ask, would the set of Poltergeist have been haunted? Look no further than the props.

As it was far too expensive to make realistic-looking rubber and plastic skeletons, they opted to use real human skeletons on set for the scene in which actress JoBeth Williams is pulled into the mud of her swimming pool by a bunch of skeletons. Honestly, this seems like a reckless move. You’re just asking to be cursed and cursed, it was. In the scene in which a clown puppet gets possessed and strangles the Freeling’s young son, Robbie, things went awry. During the filming of the scene, the mechanical clown puppet that was created to simulate the strangulation malfunctioned and actually started choking the actor during a take. Writer-producer Steven Spielberg had to jump in and rescue the child actor from his inanimate attacker. Sure, you can say that’s a malfunction, but when a puppet that’s purported to be possessed starts acting possessed, it does raise some red flags.

Though it sounds like a lot of these issues can be chalked up to prop malfunctions and heightened awareness due to a general spooky vibe on set, who’s to say for sure? No matter what, Poltergeist will always be known as a cursed set for the fates that befell the cast: Two cast members of Poltergeist and another two from the sequels faced untimely, strange deaths after finishing the films. It’s enough of an odd and tragic coincidence to become an inextricable part of the film’s cultural identity.

Pretty much every movie in the Conjuring universe has had some spooky happenings on set. Based loosely on the real experiences of paranormal investigators Ed and Lorraine Warren, all Conjuring movies have absolutely terrified me. There have been so many reports of strange and paranormal happenings on the sets, it’s hard to pick just one. They’re all equally creepy. Annabelle had reports of light fixtures falling on actors and The Conjuring had actors finding mysterious bruises on their bodies. But the paranormal activity on the set of The Nun was especially interesting to me because this is one of the few cases where there was just a good old-fashioned haunting on the set – no, really.

Director Corin Hardy stated that he encountered two spirits while filming on location at a fortress in Romania. He stepped into a room while the cameras were rolling and found two people he assumed were crew members. When the camera stopped rolling and he turned around, they were gone. This one isn’t exactly fair; yes, there were ghost encounters on set, but they were also shooting on location in a very old fortress, so it’s very possible those ghosts were there for other reasons and the movie was just also happening to film at that location. Still, having a direct encounter with a ghost on the set of the horror movie you’re directing is enough to unsettle anyone.

The Exorcist has a reputation for being one of the scariest movies of its time, perhaps of all time. If any movie was haunted or cursed in reality, it’d have been this one. There were tons of things that went wrong on set, from set malfunctions to two different actresses sustaining significant injuries during stunts gone wrong. This led many to believe that there was some malicious entity on set giving filmmakers a hard time.

Perhaps the biggest evidence of supernatural meddling was a suspicious fire that forced the production to rebuild much of the set. It was theorized that a bird flew into some electrical equipment on set, but the resulting fire destroyed a large section of the set while mysteriously leaving Reagan’s room set alone. If you’ve seen The Exorcist, you know that room was the area the demon most frequently occupied in the film. The superstition around this film is so great, some believe it’s dangerous to even play the movie. Doing so invites negative entities toward you, as the urban legend goes, similar to using a Ouija board.

Are these events all just the day-to-day equipment malfunctions that plague any film production? Does the ghostly environment make people hyper-aware of events they would otherwise disregard? Or is there something more going on? Are spirits agitated by these movies? Are some sets really cursed? That’s for you to decide.