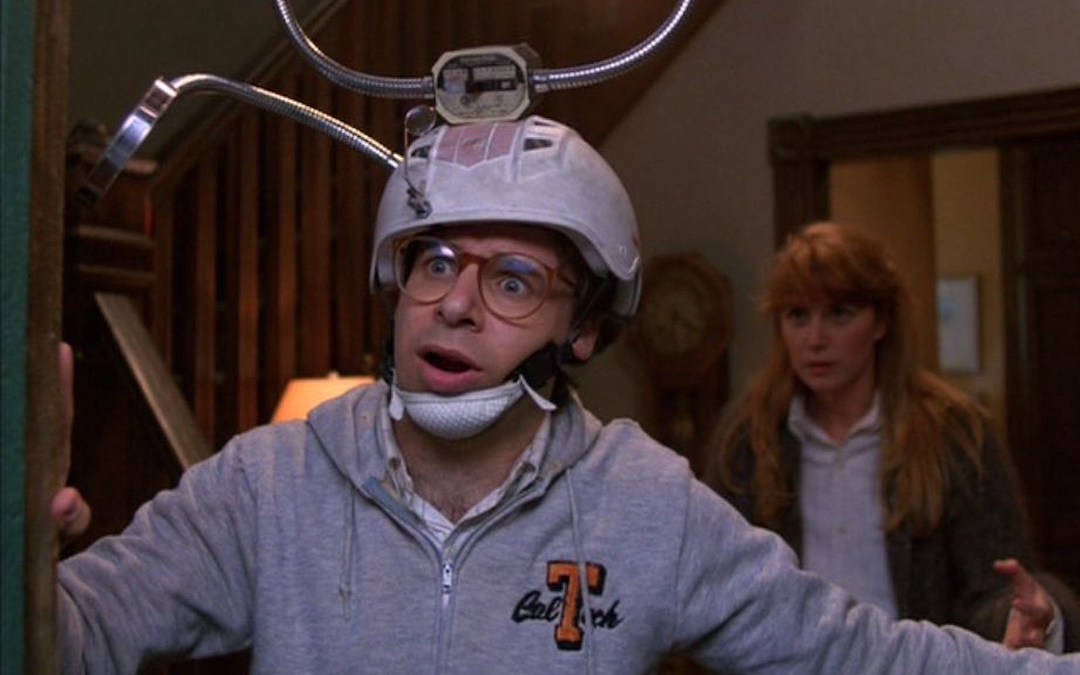 Into the Human-Verse: What would it look like if the animated characters from Into the Spider-Verse were real? Artist Hossein Diba reimagined them in realistic CGI and the results are fascinating, if a little disturbing. – Screenrant

Shaken & Stirred: For those not familiar with the James Bond franchise, the Bondathon duo pairs a longtime Bond fan with a Bond newbie to give their thoughts on the franchise as a whole. – Film School Rejects

Scooby-Dooby-Doo: The Scooby-Doo gang is back in a new holiday movie, Happy Halloween, Scooby-Doo! Collider has the first exclusive clip, which finds Team Mystery Machine teaming up with none other than Elvira, Mistress of the Dark. – Collider

Mob Justice: In case you hadn’t heard, beloved actor Rick Moranis was physically assaulted and punched in the head in a random attack in NYC. The internet was NOT happy about it. It’s the only thing America’s been united in since 2016. – Pajiba

4K Boo-ray Release: It’s spooky season and that means scary movies. Here’s a nice roundup of all the new, classic horror movies that came to Blu-ray/DVD this week, including one stunning Alfred Hitchcock collection. – /Film

Hawke & Roll: Ethan Hawke is truly a gift. Our slacker crush in the 90s, he’s transformed into a respected statesman of Hollywood – and he’s not lost one ounce of cool. Nicholas Laskin rounds up his essential career performances. – The Playlist

Home Is Where The Horror Is: It’s hard to link home invasion movies with the horror subgenre of the harms inflicted on a woman’s body, but Katie Duggan does it brilliantly in her comparison of two classic horror movies. – Jumpcut Online

Summertime Spectacle: These days, it’s standard for a summer blockbuster to have planet-ending stakes and epic explosions. Tom Breihan explains how we have Roland Emmerich’s Independence Day to thank (or blame) for the enormous spectacle scale of tentpoles now. – The AV Club

Let Them Eat Nightmare Cake: In a world gone mad, The Great British Bake-Off offers a gentle, heartwarming reprieve from the horrors of the world – unless you saw this week’s cake fails, which are absolute nightmare fuel. Here they are, ranked. – Thrillist

And in case you missed it, Hugh Jackman appeared in the funniest ad we’ve seen in ages.