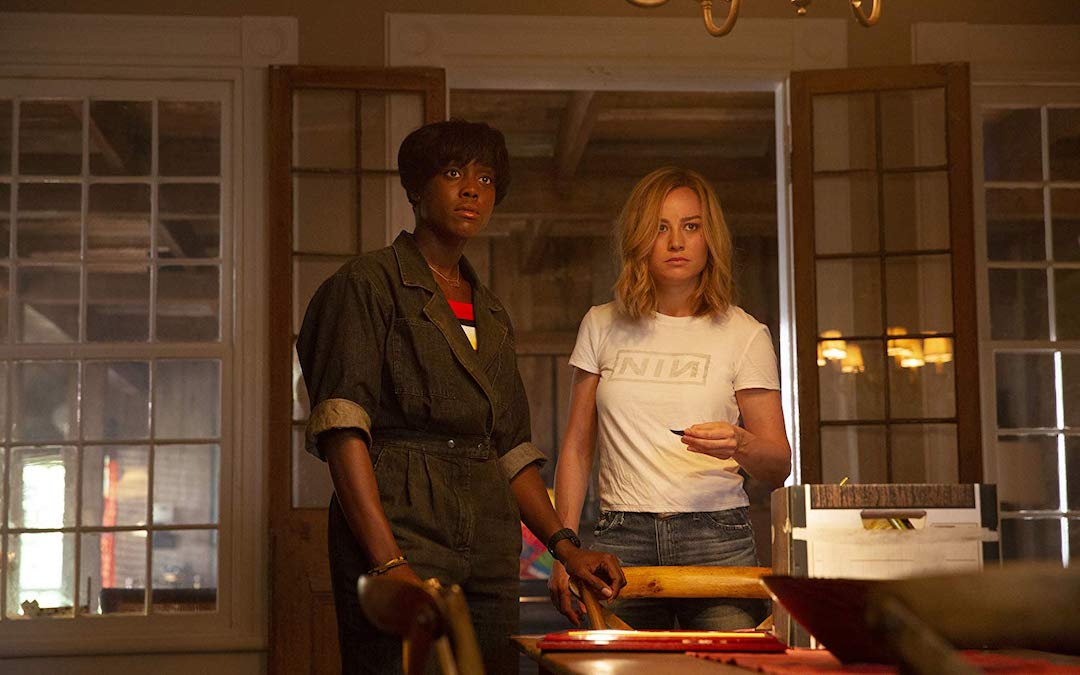 One of the most fun things on social media is when actors and filmmakers share their excitement and support for other people’s projects. Whether it’s Ryan Reynolds congratulating Joker for beating Deadpool in his own Ryan Reynolds way or Doctor Strange director Scott Derrickson throwing some love the way of Rian Johnson for Knives Out, people in the entertainment industry tend to be wildly supportive of each other from those just breaking in to A-listers.

One of the best at this is Brie Larson, who recently expressed her enormous excitement for her Captain Marvel co-star, Lashana Lynch, making her debut as 007 in the No Time to Die trailer that released this week.

It was reported months ago that Lynch would be playing 007, sending certain fans into a tizzy (of course – that train is never late). Some speculated (or hoped, depending on your interpretation) that her role would be a small one. But the trailer makes it clear that her character, Nomi, and James Bond will share quite a bit of screen time, and that Nomi is more than capable of holding her own against the man formerly known as 007. It also signals a passing of the torch in a way, with Nomi making a reference to Bond’s bad knee, a tacit acknowledgment of the fact that James Bond isn’t getting any younger, and soon, a new class of double-0s will replace him.

And Larson, who got firsthand experience on just how much ass Lynch can kick while doing Captain Marvel together, was here. for. it. The Oscar-winning actress was as excited on a kid on Christmas for her friend, and she shared that ALL-CAPS excitement on Twitter:

RUNNING AROUND MY HOUSE SCREAMING “MY SISTER IS 007!!!!” SO PROUD SO IN LOVE WITH @LashanaLynch IM BALD YALL TODAY IS A NATIONAL HOLIDAY https://t.co/PyI9ynOUWB

But for anyone who has followed Larson for the last few years, this shouldn’t come as a surprise. She’s one of the most supportive and encouraging people in Hollywood, in particular when it comes to praising and lifting up other women. In a 2017 interview with USA Today, she revealed that Gal Gadot’s turn in Patty Jenkins’ Wonder Woman made her sob: “I sobbed, like, seven times,” she said then. “It just felt really important. It felt like something I hadn’t seen.” Later, Jenkins returned the love by supporting Larson and Captain Marvel:

Congratulations team Captain Marvel! Can't wait to see it and our whole WW crew wish you a great weekend. Love this gorgeous piece by @SamoanJYandall! pic.twitter.com/A3yUxwHhLZ

Larson’s close relationship with fellow Marvel actor Tessa Thompson has been well-documented, too. The friends regularly engage in playful back-and-forth on Twitter, especially when it comes to their mutual support of Carol Danvers and Valkyrie being in a relationship in a future Marvel movie:

Thank you @Time and my dream girl @TessaThompson_x for this recognition. #TIME100 https://t.co/FBfQPAtZkd

Earlier this year, she bubbled over about Amy Schumer’s new comedy special, Growing, praising her for how good it was. “Laughing and crying watching sister @amyschumer,” she wrote. “Growing is on Netflix. It’s so good.”

Larson’s support and excitement for the good fortune of others isn’t just limited to her famous friends, however. Earlier this year, she went viral for her overjoyed reaction to a pair of fans getting engaged during a convention meet and greet with her. The expression on her face is one of pure joy for the pair and she later gushed about the moment on Twitter:

Y’all I was present for a proposal and I am CHANGED. Much love to the happy couple!!!! https://t.co/UMc4WofFja

After that same convention, she expressed her gratitude for everyone there in the sweetest way, tweeting, “This was my first ‘con’ and my heart is so full. It was a pleasure to meet all of you. Thank you for sharing your stories, your art, your incredible costumes and fan outfits and for inspiring me.”

It’s a refreshing thing to see someone who is so endlessly supportive of the creative endeavors of others, right? We stan a supportive queen.