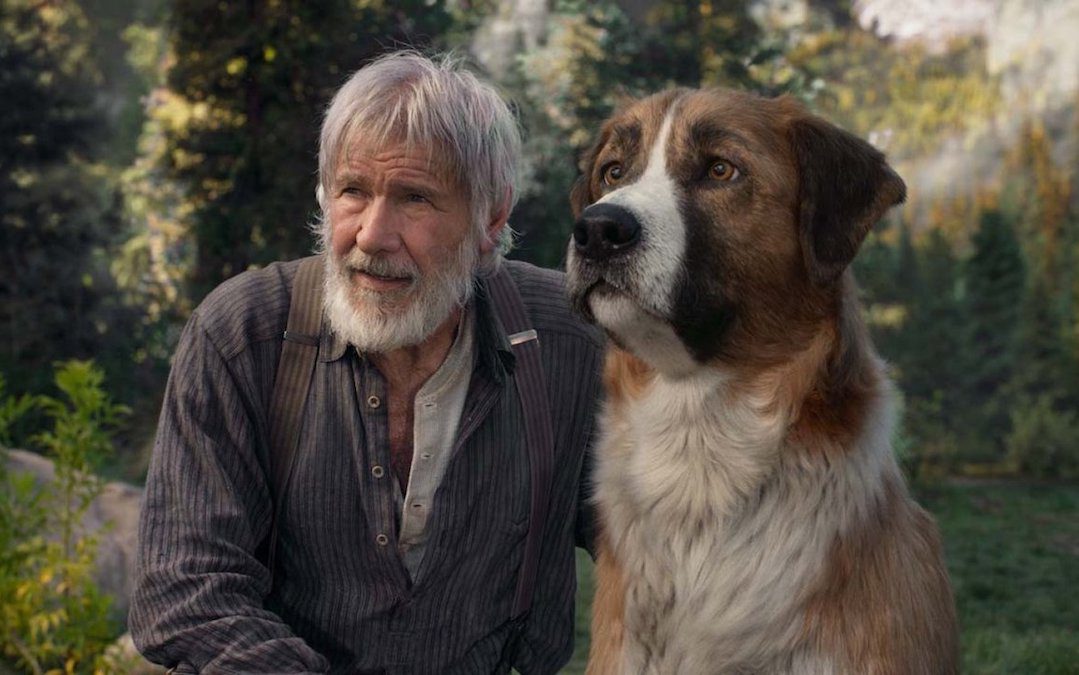 Box Office Insider: ‘Sonic The Hedgehog’ & ‘The Call Of The Wild’ Vie For The Top Spot

Each week on Atom Insider, we break down the box office numbers for all of the biggest films opening in theaters. This week, Paramount continues to rack up gold rings in the form of box office dollars with Sonic the Hedgehog, but Disney’s new release, The Call of the Wild, did surprisingly well in second place. Apparently, America is really into CGI animals right now.

Analysts were expecting Sonic to earn between $40-45 million for its opening weekend, but it blew past those estimates to make $58 million in its opening weekend next week thanks, in part, to a 4-day weekend. Strong reviews and positive word-of-mouth have kept the momentum going into its second weekend, where it racked up another $26.3 million, bringing its domestic total to $106 million and its worldwide haul to $203 million. Considering it has a budget of $85 million, not including marketing, if it continues at this steady pace, it will be a solid moneymaker for Paramount. 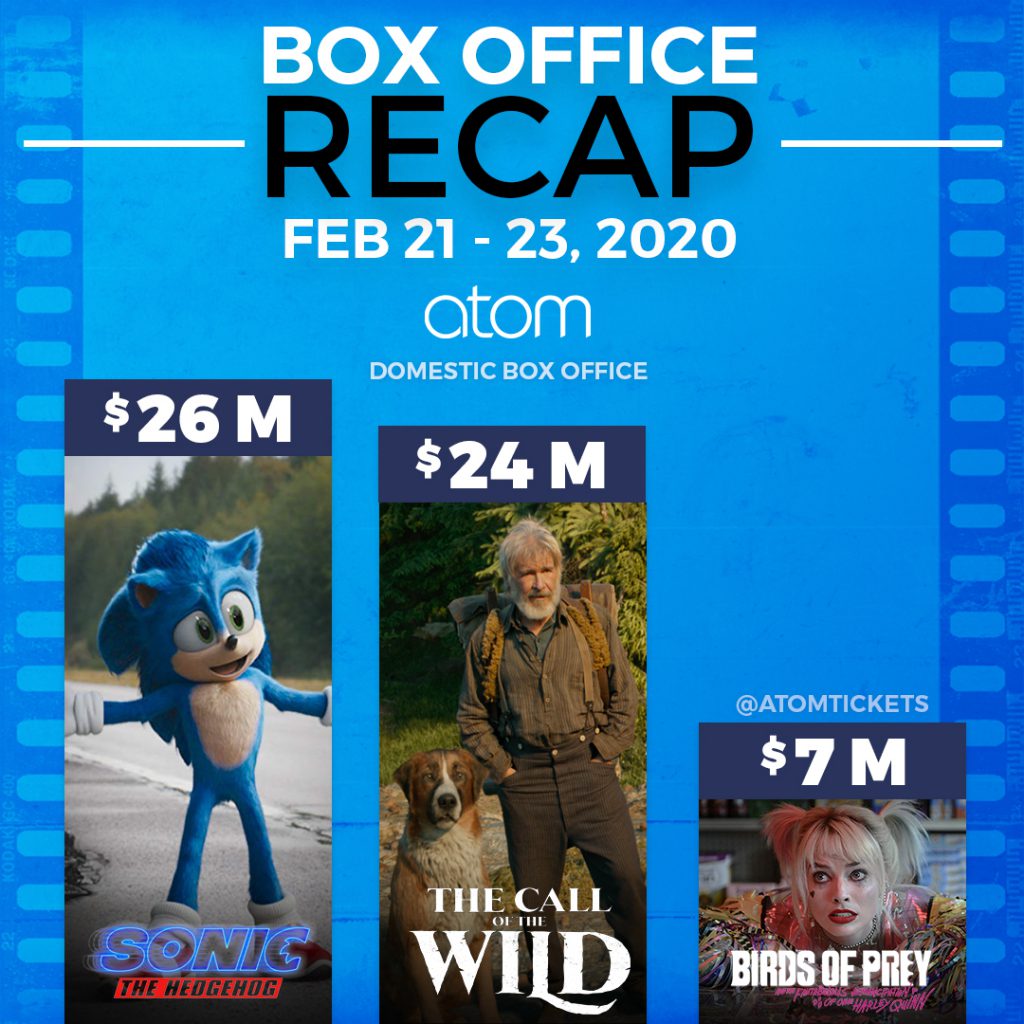 Surprisingly, The Call of the Wild was close behind Sonic, earning $24.8 million in its opening weekend. That’s more than plenty of people might have guessed it would make. Still, with its worldwide total at $40.2 million – and no release date yet set for China amidst its coronavirus lockdown – it will have to do plenty of work over the next month to make back its $135 million budget.

Birds of Prey came in at #3 with another $7 million for the weekend. Warner Bros.’ latest comic book movie now has a worldwide total of $173.7 million, which means that, with the inclusion of its marketing budget, it’s broken even or made a small profit. It’s worth noting that it has yet to have a release date scheduled in China (Suicide Squad never did) and it may not with the aforementioned coronavirus outbreak. When all is said and done, it will likely turn a small profit for Warner Bros. but not nearly what the studio and fans had hoped.

Coming in at #4 and #5, respectively, were Brahms: The Boy II and Bad Boys for Life, with the first making $5.9 million and the second pulling in another $5.86 million. Brahms, the other wide-release opener with The Call of the Wild, may not have made much on the surface, but with a small $10 million budget it’s sure to make back its money and make a bit for STX Entertainment. Meanwhile, Bad Boys continues to add to its total in its sixth weekend, now standing at $391.2 million on a $90 million budget. With numbers like that, it wouldn’t be a surprise to see a fourth Bad Boys movie greenlit.

Meanwhile, some Academy Award-nominated pics are continuing to see a post-Oscars bump. Universal’s decision to add 641 theaters for 1917 paid off, as the movie held steady at #6 for the weekend while adding another $4.4 million to its total. Best Picture winner Parasite only dropped one spot to #8 with another $3.1 million over the weekend. Bong Joon Ho’s Best Picture winner is now the fourth-highest-grossing foreign language film in the U.S. of all time.

Sandwiched in between those two at #7 was Sony’s Fantasy Island, the Blumhouse horror reimagining that pulled in $4.19 million in its second weekend. Its reviews may be so-so, but with a small budget of $7 million and a worldwide total of $33.8 million in its two weeks of release, it’s still a legit win for Sony.

Turning to big blockbuster fare, another Sony movie, Jumanji: The Next Level continues to stick around in the Top 10 at #9, this weekend adding another $3 million. It’s been a monster hit for the studio with a global total of almost $788 million so far. We’re almost absolutely getting a third Jumanji movie in the next few years provided the cast is back on board with it.

Rounding out the Top 10 is The Photograph, Universal’s romance movie released in time for Valentine’s Day. It made another $2.8 million this week bringing its total to $17 million worldwide, a shade over its reported $16 million budget.

#11 on the list isn’t a movie that fell out of the Top 10 at all, but a new limited release: Impractical Jokers: The Movie. The movie, released by truTV, is based on the documentary prank series of the same name.

Meanwhile, Dolittle continues to limp through its box office run with another $1.85 million to bring its global total to just over $204 million. However, considering it had a budget of $175 million, it’s likely to be a flop for Universal when it’s all said and done.

Last to fall out of the Top 10 is Searchlight Pictures’ Downhill, the American remake of Force Majeure, which earned another $1.4 million for the weekend.