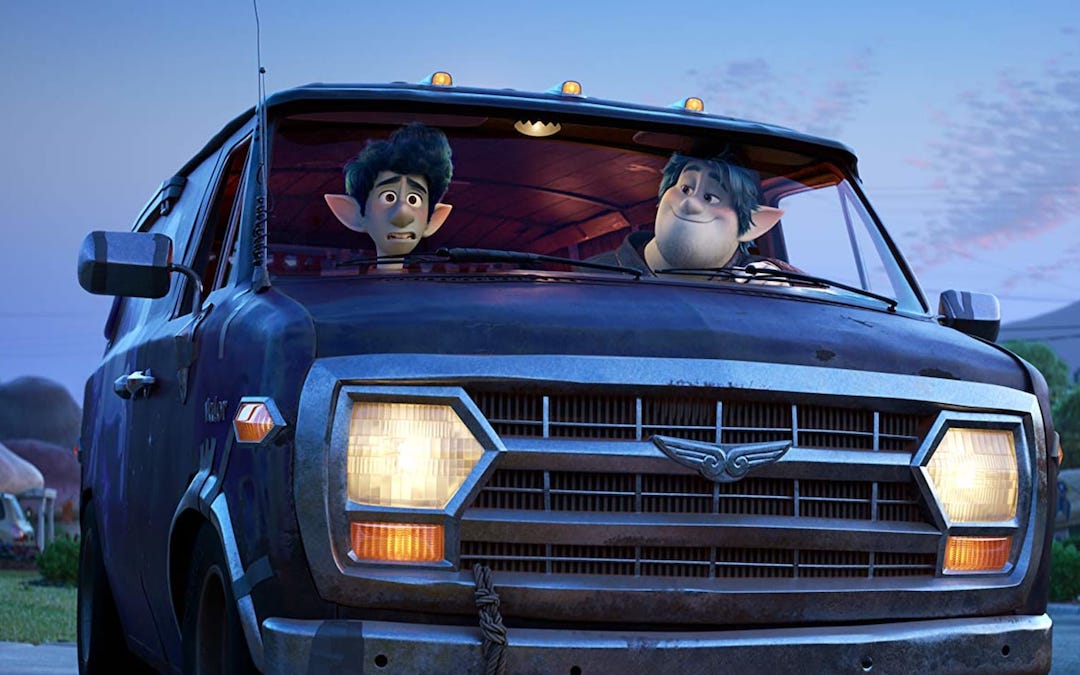 Each week on Atom Insider, we break down the box office numbers for all of the biggest films opening in theaters. This week, Disney and Pixar unleashed Onward, a new animated film not based on any existing franchise from the director of Monsters University. It won the weekend, but its box office quest is far from over.

Pixar’s suburban fantasy adventure movie opened to just $40 million domestically, which matches box office estimates put out earlier this week. For any other film, that’s a solid number, but for Pixar, it’s cause for alarm. The studio’s only legitimate flop to date, The Good Dinosaur, opened to a similarly low number of $39.2 million (again, that’s low for Pixar). Because these films tend to have high budgets of up to $200 million, a $40 million opening could lead to Onward becoming a box office bomb.

There are at least two major reasons for why Onward is flailing. The big one is the spread of the coronavirus, which has many people around the world staying home and avoiding public places for the sake of their health. It’s an even stronger factor overseas as Onward only made $28 million internationally for a $68 million box office overall this weekend. The virus is undoubtedly keeping many filmgoers at home, but it’s impossible to know how much this virus is truly affecting the box office in general, especially since ticket sales have already been on the decline for most films, especially animated features.

The second major reason could simply be disinterest. Onward has an 85% on Rotten Tomatoes, which is comparatively low for a Pixar film. It has an A- CinemaScore, which is tied with Cars 2 for the lowest score yet for Pixar. Unlike the virus, these factors could spell long-term trouble for the film’s financial future, especially with so many other new releases slated for March, including Mulan and A Quiet Place Pt. II. 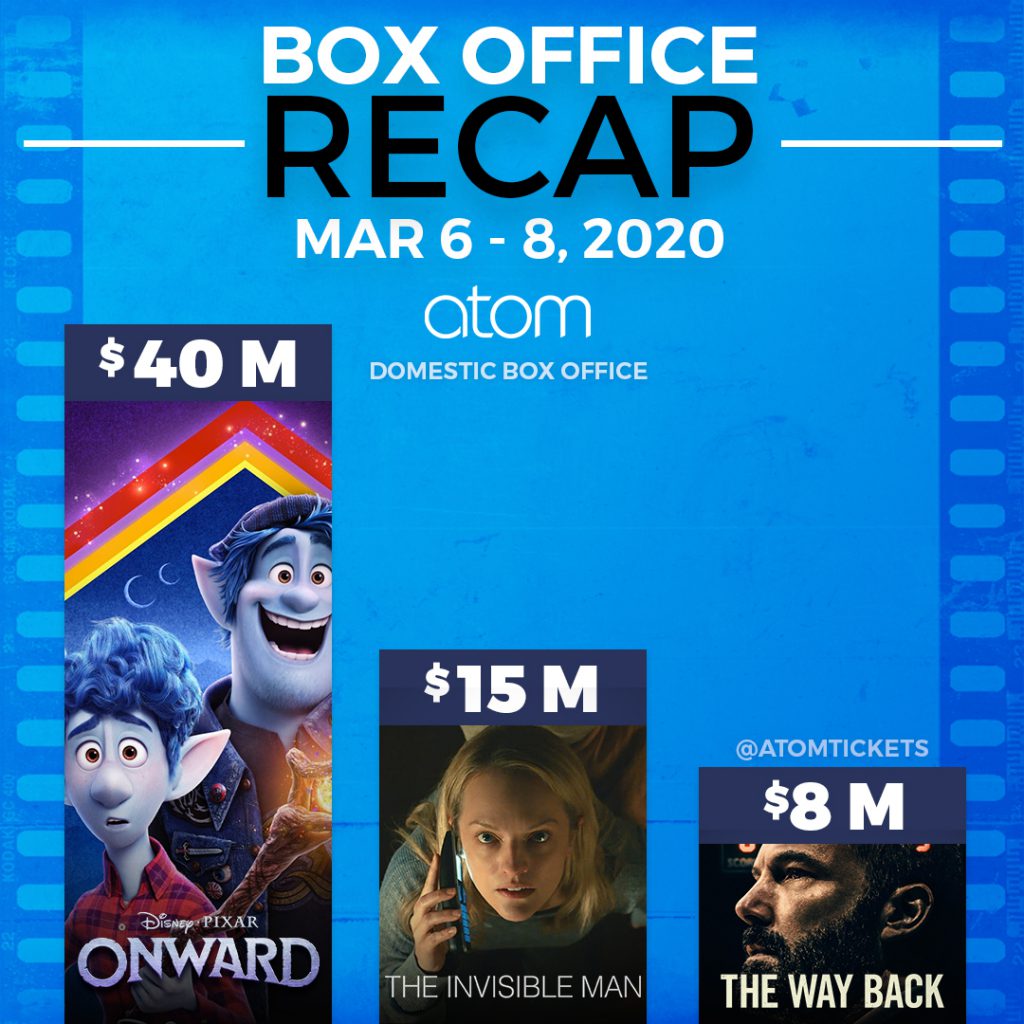 The other new wide release this week was The Way Back (Warner Bros), which opened at #3 with $8.5 million domestically. That’s not particularly strong for a movie starring Ben Affleck with a budget of up to $25 million, and it wasn’t enough to topple The Invisible Man (Universal), which dropped just 46.3% in its second week and has nearly made $100 million worldwide off of a reported budget of $7 million.

Sonic the Hedgehog (Paramount) and The Call of the Wild (20th Century) both dropped two spots to #4 and #5 respectively, but the real charmer this week was Emma. (Focus Features), which expanded its release and shot up seven spots to #6 with $5 million domestically. Worldwide, the period adaptation has already secured $20.8 million overall.

Lastly, Birds of Prey (Warner Bros), Bad Boys for Life (Sony), and Impractical Jokers: The Movie (truTV) each slid two spots down the charts (ranging from #7 to #9), with My Hero Academia: Heroes Rising (FUNimation) plummeting six spots to #10 in just its second week.

1917 (Universal) is still playing in over 1,500 theaters after 11 weeks at the box office, but at this point, it’s saying farewell to the Top 10 after dropping three spots to #11. It is an undeniable hit for the studio, making $364.7 million worldwide off an estimated budget of $90-100 million.

After just three weeks at the box office, Brahms: The Boy II (STX) fell off the Top 10, plummeting five spots to #13 despite still playing in over 1,300 theaters. It made $19.4 million against a budget of about $10 million, so it could break even depending on overall marketing costs.

Fantasy Island (Sony) is off its own island this week, as it fell four spots to #14 after a month at the box office. It’s still playing in over 1,300 theaters, but it only made a bit over $888,000 this weekend. Thanks to its low budget of $7 million, however, Fantasy Island is a decent hit with $45.2 million worldwide.