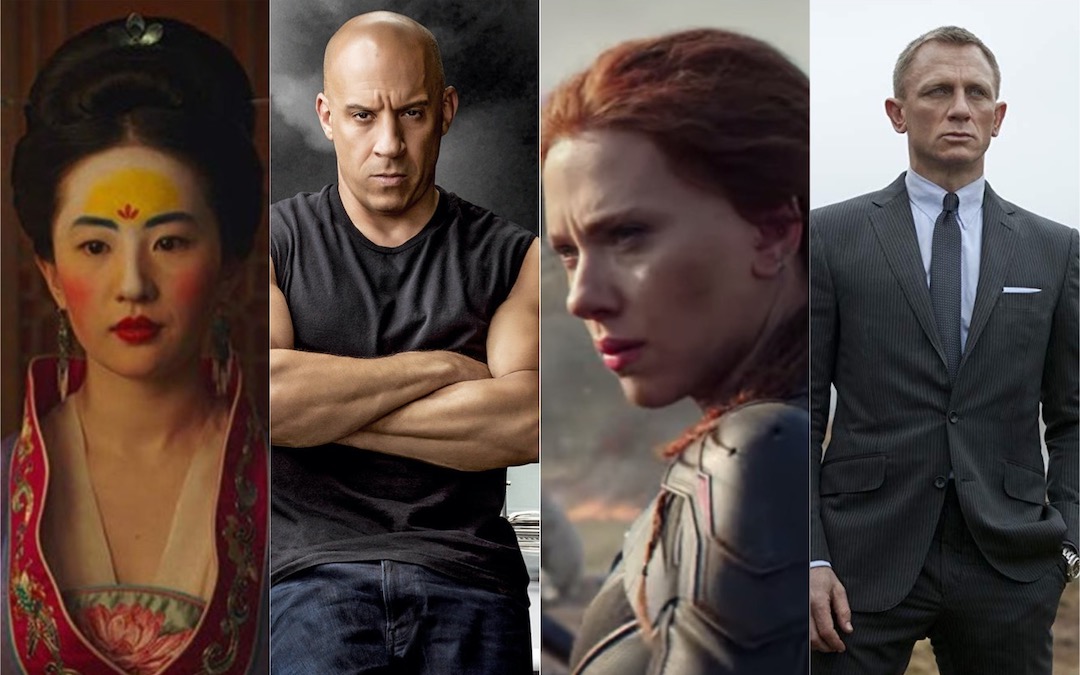 Thanks, Coronavirus: The Entertainment Industry Could Lose A Whopping $5 Billion

About a month and a half ago, I wrote about how the coronavirus in China had delayed the U.S. releases of a few Chinese movies for the Lunar New Year.

Now that the pandemic has spread to at least a dozen different countries with no sign of slowing down, however, it’s starting to impact the entertainment industry on a much wider scale. At the moment, movie theaters are completely shut down in China, the world’s second-biggest movie market, with movie theaters beginning to be affected in Italy, South Korea, and Japan – the world’s third-biggest movie market. And public health officials are warning it could get worse, with people likely staying away from public places for weeks if not months depending on the severity of the outbreak in their cities or countries.

All of that adds up to the entertainment industry taking a giant wallop directly on the chin, with some analysts estimating that the cost of the drop in movie attendance and delayed productions has already cost the global film industry $5 billion, according to THR. Considering the worldwide box office was $42.5 billion last year, $5 billion is a considerable chunk. If the virus continues to spread in the U.S., the world’s largest movie market, and moviegoing takes a hit, that number could balloon even higher than the initial $5 billion estimate.

Even if theater business in the U.S. remains relatively intact, the ongoing shutdown in China will continue to badly impact the global bottom line. Currently, there are 70,000 movie theaters closed in China, with Chinese and international releases in China alike being delayed. What’s more, thanks to a provision of the Chinese film industry that Chinese-produced films can not be released in another country before being released in China, previously-scheduled Chinese films are also being put on hold internationally. To put into perspective how completely the movie industry in China has ground to a halt, consider that this year’s Chinese New Year period (Jan. 24 to Feb. 23), traditionally the busiest time at the movies for China, only generated $4.2 million in sales. Last year, it was $1.76 billion.

In South Korea, meanwhile, the year-over-year box office is down a staggering 80% thanks to the virus. Ticket sales in February totaled $52 million compared to February of last year, which netted $158 million. Ticket sales are 7.3 million versus last year’s 22.3 million. As with China, a number of film releases are being delayed, such as the black-and-white version of Bong Joon Ho’s Parasite, which was set to be released this week but is now indefinitely delayed until the coronavirus situation has been resolved. And in Italy, about half the country’s theaters are closed, mostly in the northern half of the country. In Japan, several movie premieres have been canceled.

The result is that Hollywood is scrambling to reschedule releases and reorganize their approach to a number of tentpole movies soon to be released. Disney has decided to delay the release of Mulan, originally due to be released at the end of March in China, as has MGM/Universal with its James Bond flick, No Time to Die, originally scheduled to release in China in early April. Disney has also pushed back the release of Pixar’s Onward to April in South Korea, with plans being to pick a new release date after the coronavirus pandemic is more under control. Meanwhile, all major U.S. releases scheduled for this past weekend were pulled in Italy.

Even when theaters reopen in China in a few weeks or months, the growing backlog of Chinese and international releases will create a bottleneck of tentpoles in the release calendar as big-budget movies – which traditionally get their own weekend, or, at most, only get competition from one other movie – all jockey for position. With so many tentpoles releasing in a short amount of time, movies will cannibalize each other’s profits. What’s more, there’s a greater opportunity for piracy with Hollywood films experiencing a major delay with their Chinese releases. Among the already-released American films currently waiting in limbo to be released in China are Doolittle, Sonic the Hedgehog, JoJo Rabbit, Marriage Story, 1917 and Little Women. And two upcoming movies from franchises that normally heavily rely on the Chinese box office could be impacted with Black Widow and F9.

To date, no studios have gone on record about the crisis as it’s still developing and studios don’t feel they have enough information yet to speak on such a sensitive issue. Nonetheless, most of the major studios have started assembling teams of advisors to assess and address the potential impact if the pandemic continues to drag on and impact business. Right now, no one really knows how it will turn out, but one thing’s for certain: Now matter how quickly the coronavirus is contained, Hollywood will be scrambling through the rest of 2020 to adjust to the impact it’s already had.