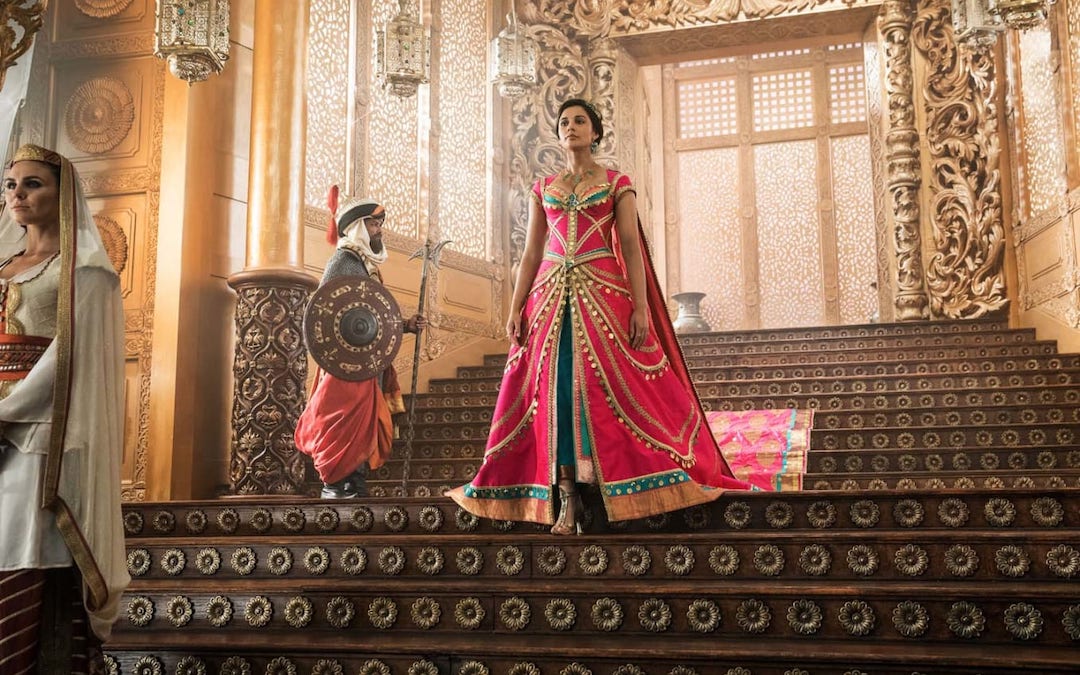 Each week on Atom Insider, we break down the box office numbers for all of the biggest films opening in theaters. This week, Disney’s live-action remake took a magic flying carpet ride right over the competition, winning the top spot for Memorial Day weekend by a huge margin as family films kicked the summer off in earnest.

Audiences were one jump ahead of expectations this week, giving Aladdin (Disney) a whopping $90.4 million opening weekend in North America ($112.7 million if you count Memorial Day). Like Avengers: Endgame, Aladdin was helped greatly by a massive release, as it debuted in over 4,400 theaters.

This will be another big hit for Disney, because worldwide, Aladdin has already amassed $233.7 million off of a reported budget of $183 million. Diamond in the rough, indeed. Aladdin also has the distinction of being the fifth highest grossing movie to debut over Memorial Day Weekend, behind Fast & Furious 6, X-Men: The Last Stand, the fourth Indiana Jones movie (this exists?), and Pirates of the Caribbean: At World’s End.

Now in its second week, John Wick 3 (Lionsgate) managed to secure the #2 spot with $24.6 million domestically, keeping its massively successful momentum going strong with a global total of $182 million. Taking Memorial Day into account, the film actually made $31 million in North America, guaranteeing that Keanu Reeves will reload for another outing. In fact, we even have a release date.

Disney’s other summer tentpole in theaters right now fell to #3 in its fifth week at the box office, making $17.2 million domestically ($22.3 million including Memorial Day). Avengers: Endgame film lost over 400 theaters to make way for Prince Ali, but it’s still hot on the heels of Avatar to become the highest grossing film ever, as it’s now at $2.68 billion worldwide. We’ll just have to wait and see if audiences keep assembling as more competition (from Disney, no less) enters the summer box office.

Pokémon Detective Pikachu (Warner Bros) fell just one spot to #4 with a Memorial Day weekend domestic total of $17.2 million, accounting for a sizable worldwide gross of $358.1 million in just its third week. That means Detective Pikachu is already the second highest grossing video game adaptation movie of all time, just about $10 million or so behind Paramount’s Lara Croft: Tomb Raider from 2001.

And now we get to the bad news. This week’s two original new films (so not based on any existing IP) debuted with almost no fanfare despite good reviews and a wide release schedule. Brightburn (Sony) opened at #5 with $9.5 million domestically (Memorial Day included), and Booksmart (Annapurna) made just $8.6 million. For context, some of the only other Memorial Day weekend openers that made this kind of money go back to the ’80s and ’90s with films like Encino Man, Super Mario Brothers, and Brewster’s Millions.

(Note: the rest of the releases mentioned below include Memorial Day in their domestic box office totals for the weekend.)

A Dog’s Journey (Universal) fell three spots to #7 with just $5.5 million in its second week. That’s pretty rough considering it’s in nearly 800 more theaters than Brightburn and Booksmart, though the majority of the blame can likely be placed on Aladdin for bringing in more families.

The Hustle (MGM) fell three spots to #8, making $4.7 million in its third weekend after losing 700 theaters. But the caper film has made $67 million worldwide off of a low reported budget of $21 million, making this one a surprisingly modest moneymaker for MGM and United Artists.

The Intruder (Screen Gems) fell three spots to #9 with $2.9 million after a month at the box office. The PG-13 thriller has earned $33.3 million worldwide off of a reported budget of just $8 million, with the vast majority of that total counting as domestic box office. Not a breakout film, by any stretch, but it’s still a solid win for the studio.

And last we have Long Shot (Lionsgate), which fell three spots to #10 with $2.1 million after a month of release (and losing another 756 theaters). The political romantic comedy will be lucky if it breaks even, as it’s only earned $39.4 million off of a reported budget of $40 million, which doesn’t include marketing costs.

The Sun Is Also a Star (Warner Bros) just couldn’t keep the chemistry going. It fell off the Top 10 in its second week with just $1 million domestically, falling below Dumbo at #11 (which is in its 9th week). It’s only made $4.9 million worldwide so far, which is a little over half of its low reported budget of $9 million.