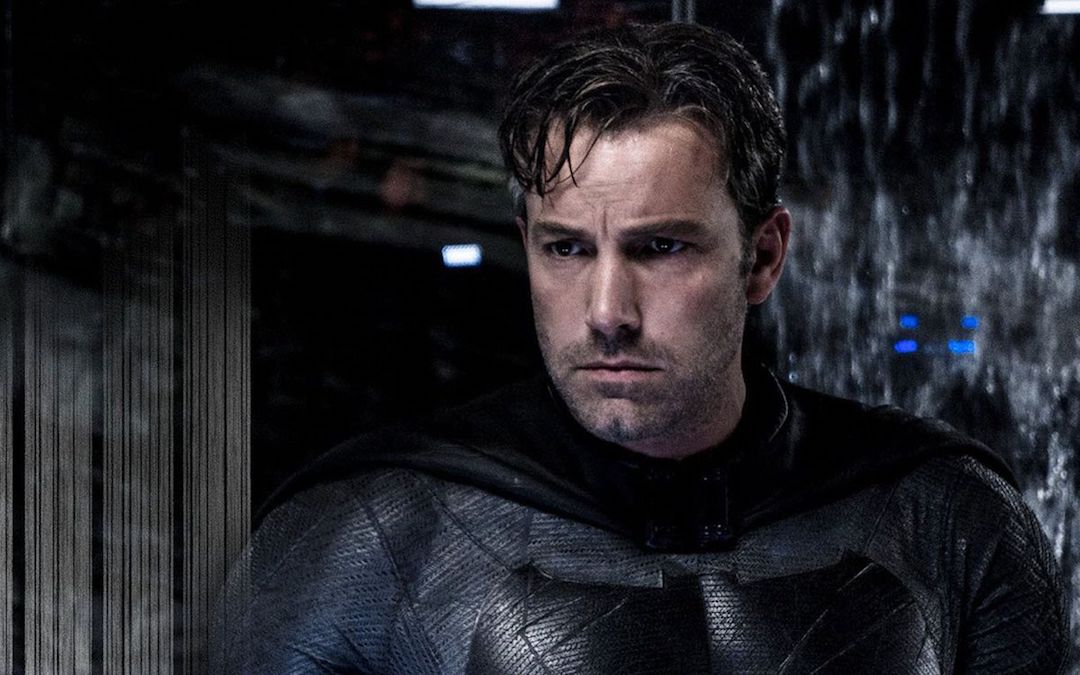 Ben Affleck Reprising His Role As Batman For ‘The Flash’ Movie

Get excited, Batfleck fans: It has been reported by Vanity Fair that Ben Affleck will be reprising his role as Batman in The Flash.

The news comes two months after the news that Michael Keaton would be putting on the cape and cowl for the first time in 30 years and also reprising his role of Bruce Wayne/Batman. It’s confirmation that The Flash, directed by Andy Muschietti, will indeed be the movie adaptation of Flashpoint, the 2011 DC comic book crossover event. The movie will find Barry Allen, a.k.a. The Flash (Ezra Miller), sidestepping the laws of physics by using the Speed Force to tap into alternate dimensions, where he’ll encounter various versions of DC’s heroes. Though Affleck and Keaton’s contribution will likely be cameos rather than supporting roles, it will be incredibly cool to see both on screen again.

Affleck’s return to the Bat-suit is also good news for fans who felt he never quite got a fair shot as the Caped Crusader. As with Henry Cavill as Superman, Ben Affleck’s time in the DCEU as Bruce Wayne/Batman was divisive. Though it had less to do with his performance, which most fans agreed was fantastic, and more to do with the movies themselves, it still ended things on a sour and unfinished note when it was reported Affleck was out as Batman. Giving him the chance to return to the role, if even for a cameo, gives him the opportunity to have the closure and franchise exit he deserves. Director Andy Muschietti assures us Affleck’s part is one that emotionally anchors the film:

“He’s a very substantial part of the emotional impact of the movie. The interaction and relationship between Barry and Affleck’s Wayne will bring an emotional level that we haven’t seen before. It’s Barry’s movie, it’s Barry’s story, but their characters are more related than we think. They both lost their mothers to murder, and that’s one of the emotional vessels of the movie. That’s where the Affleck Batman kicks in.”

It makes sense that Barry Allen would look to Affleck’s version of Bruce Wayne for emotional support and mentorship. After all, it’s Affleck’s version of Batman, not Keaton’s (or Bale’s or any other former Batman who might appear) that The Flash knows and fought with. Muschietti said it just made sense to start with Affleck’s grizzled, wearier version of Batman as Barry Allen’s starting point, and that he’ll appear in the “normal” world before Barry starts dimension-hopping. “He’s the baseline,” Muschietti explained. He’s part of that unaltered state before we jump into Barry’s adventure. There’s a familiarity there.”

It’s all part of the idea that The Flash will act as the movie lynchpin for the unified multiverse theory. Unlike Marvel, whose movies all take place in the same world and require tight continuity, Warner Bros. going with the multiverse approach allows them to have sometimes quite disparate films that still exist in the same multiverse, if not in the same world. The DC TV shows of the Arrowverse – Arrow, The Flash, Supergirl, Legends of Tomorrow, Batwoman and Black Lightning have a long history of doing crossover events, but this year’s “Crisis on Infinite Earths” crossover event introduced this multiverse concept between film and television when Ezra Miller’s movie version of The Flash crossed paths with Grant Gustin’s TV version.

Even with all that storytelling potential, some might still be surprised that Affleck is agreeing to return to the role considering his feelings about it when he walked away from The Batman, which he had originally been set to star in and direct. In February, he told New York Times that a friend bluntly told him that the script was good but Affleck would drink himself to death if he went back to the stress of the role.

But Barbara Muschietti, Andy Muschietti’s sister and producer on The Flash, explained Affleck is in a much better, more stable place now and that he won’t have the enormous pressure of needing to carry an entire tentpole film on his shoulders. “It’s a pivotal role, but at the same time it’s a fun part,” she explained, before going on to say

“There have been some all sorts of stories and things he said himself about having a very hard time playing Batman, and it had been difficult for him. I think it was more about a difficult time in his life. When we approached him, he’s now in a very different time in his life. He was very open to it, which was a bit of a surprise to us. It was a question mark. We are all human and go through great times in our lives and terrible times in our lives.”

It’s nice to see Affleck is in a better headspace and has a role he’s deserving of – and that this time, it won’t suck the joy out of it for him, as Barbara Muschietti says.

“Right now he’s in a place where he can actually enjoy being Batman.”