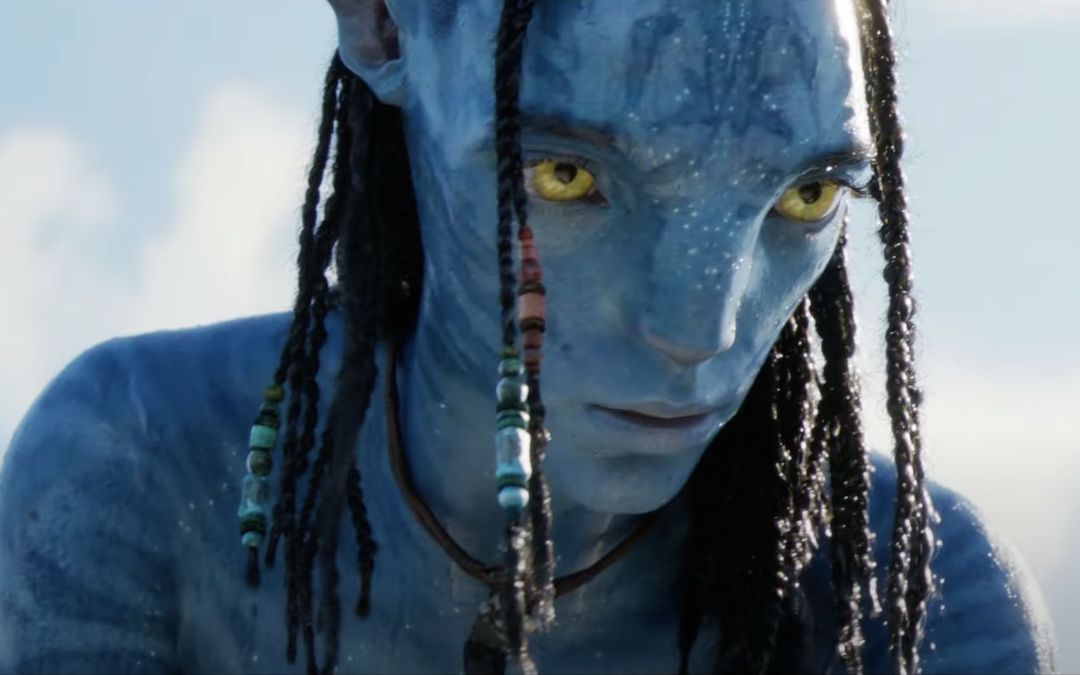 Avatar: The Way of Water Review – Three Reasons To See It

After 13 long years, James Cameron’s Avatar sequel, Avatar: The Way of Water, is finally arriving in theaters. The story is set over a decade after the original movie. Jake Sully (Sam Worthington) and Neytiri (Zoe Saldana) are raising their family together, keeping their children safe: sons Neteyam and Lo’ak, daughter Tuk, adopted daughter Kiri (born from Grace Augustine’s comatose Na’vi avatar), and a human boy named Spider, Quaritch’s son born on Pandora. Jake’s the leader of the Omaticaya and all live in peace, until an old threat rises up. As humans once again threaten their way of life, Jake, Neytiri, and the Na’vi must fight to save their families and their land.

The first Avatar was a technological wonder. Even so, James Cameron still had to wait over a decade until mocap technology caught up in order to film the underwater scenes he envisioned for Avatar: The Way of Water. It’s almost impossible to believe that the sequel might top the original, but that’s exactly what Cameron was aiming for. There were plenty who doubted Cameron’s ability to hit that mark, but, as Avatar: The Way of Water shows, it’s never wise to bet against James Cameron.

Here are three reasons to see Avatar: The Way of Water when it hits theaters. Get tickets now.

Visually, It’s Even More Incredible Than The First Avatar

Avatar: The Way of Water is, in a word, stunning. It’s undoubtedly spectacle, but it’s spectacle of the most immersive kind, transporting you to Pandora and dropping you into the world. It is both breathtaking and beautiful, every single frame detailed with a richness that shows just how many years the fictional world of Pandora has spent occupying space in James Cameron’s head. Cameron’s first love is filmmaking; his second, the ocean. His passion for the sea and underwater life is on full display. Pandora and its underwater mysteries are entirely a work of fiction, but they are so lovingly, fully rendered that they feel like places you could visit. It’s become a pull quote cliché to say “see it on the biggest screen possible,” but in the case of Avatar: The Way of Water, that advice is more than earned.

Avatar: The Way of Water might be an eye-popping technological masterpiece, but that doesn’t mean it’s devoid of emotion and hollow of feeling. The main criticism of the first movie was that the story was simplistic and unoriginal, and to be fair, the sequel doesn’t exactly innovate in that regard, either. But the simplicity of the story allows real emotional weight to rise to the surface and infuse scenes with meaning. Jake and Neytiri may be the main characters, but it’s their kids who are the beating emotional heart of the story. Through them, you experience the joy and wonder of diving beneath the waves and swimming with giant, gentle sea creatures, exploring a new world, or falling in first, fluttering love. The story, at its core, is still a pro-environmental story of good vs. evil, but it also explores themes of friendship and family, love and bravery, loyalty and sacrifice. In doing so, Avatar: The Way of Water is strangely one of Cameron’s most human movies despite not being about humans at all.

It’s A Movie To Remind Us Why We Love Movies

James Cameron is undoubtedly one of our greatest filmmakers, and Avatar: The Way of Water shows why. It’s a movie that reminds you of why we love movies. The best movies transport us to another place or time, enthrall us, entertain us, and immerse us entirely for a few hours. Every movie that gets made is a small miracle. One that is as big and audacious, as ambitious but well-balanced as the Avatar sequel is a once-in-a-lifetime achievement – and James Cameron has now pulled it off twice. For its flaws, Avatar: The Way of Water is a monumental piece of moviemaking, with Cameron weaving together every thread of his extensive and illustrious career to create something magical. After thirteen years, it’s a relief and a joy to be able to say that Avatar: The Way of Water is more than worth the wait.

Avatar: The Way of Water is in theaters on Friday, December 16.

Avatar: The Way of Water Review – Three Reasons To See It

After 13 long years, James Cameron’s Avatar sequel, Avatar: The Way of Water, is finally arriving in theaters. The story is set over a...