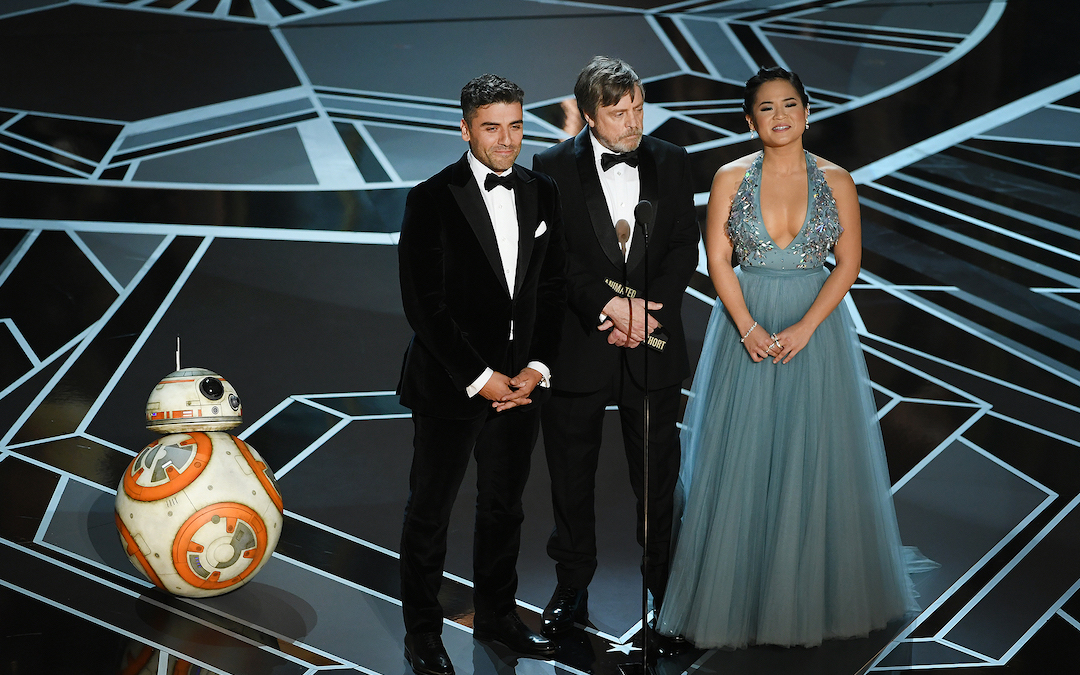 Who’s Presenting At The 2019 Oscars And Why

On Sunday, February 24 the 91st annual Academy Awards, a.k.a. the 2019 Oscars, will air on ABC at 8/7c. Considered the peak of the Hollywood award season in the U.S., plans for what folks can expect at the Oscars this year have changed wildly from minute to minute with some of the more notable controversies being that this year’s show no longer has a host and the Academy reversing a decision to not show winners of key technical awards after an instant backlash when it was announced just three weeks before the show.

Basically, planning for the 2019 Oscars has been nearly impossible but the one thing we can count on is the stellar lineup of presenters. As is tradition, the Academy will bring back the 2018 winners for Best Actor (Gary Oldman for Darkest Hour), Best Actress (Frances McDormand for Three Billboards Outside Ebbing, Missouri), Best Supporting Actor (Sam Rockwell for Three Billboards Outside Ebbing, Missouri), and Best Supporting Actress Allison Janney for I, Tonya) and each individual winner will present for the opposite gender category. It also looks like the Academy is actively trying to keep the show as contemporary and accessible as possible to a mainstream audience, as is evidenced by the actors tapped to present this year.

Not only is it fun to see who is presenting, but it’s also fun to unpack why they’re actually presenting. Do they have a new movie coming out they’re low-key trying to promote? Are they tied in any way to past Oscar winners or current nominees? Are they affiliated with a company that is actively tied to the Oscars? Or are they just there to liven things up and keep the party going?

Let’s take a look at the actors who will be presenting at the 2019 Oscars and see if we can’t deduce why the heck they’re actually presenting this year.

Not to sound cynical, but the Academy has likely recruited two of the coolest kids in school to help add some fun and contemporary appeal to Sunday night’s broadcast. By inviting Awkwafina and Constance Wu, both of whom starred in the wildly successful 2018 romcom Crazy Rich Asians, we can expect the 2019 Oscars to feel more modern and representative while also seeing that the Academy recognizes new, diverse talent rising to the top of the Hollywood pack even when they’re not nominated for an award. Awkwafina and Wu will no doubt be fun to see all decked out in Oscar glam and presenting an award (whether they present together or not) but also expect these women to comment — and rightly so — on the importance of Asian-American women being visible on the Oscar stage to other Asian-Americans who may be watching.

Brie Larson as Carol Danvers in the upcoming ‘Captain Marvel’

A little inside baseball for you: Because ABC is the network lucky enough to be broadcasting the Oscars this year, that means that the pool from which the Academy could pull presenters was greatly widened to include celebrities from the ABC family. As it happens, Disney is a part of the ABC family and Marvel is part of Disney, which means that we shouldn’t be surprised to see Evans, Larson, and Jackson — some of our favorite Marvel Cinematic Universe stars, TBH — coming in to save the day and give the Oscars a dose of superhero magic. Plus, with Captain Marvel hitting theaters just a few weeks after the Oscars, it gives the next MCU film up a nice little bump.

Similar to Evans, Larson, and Jackson, Bassett and Boseman were likely chosen to present because the film they starred in together, Black Panther, was arguably the most successful movie of 2018 as well as the most culturally relevant. As such, it has earned some 2019 Oscar noms this year including the very desirable Best Picture nomination. Add to this the fact that Bassett and Boseman have the Disney/Marvel connection, like Evans, Larson, and Jackson, and it’s no wonder we’ll be seeing them at this year’s awards ceremony.

James and Layne were the stars of If Beale Street Could Talk, the follow-up film for director Barry Jenkins, who directed 2017’s Best Picture winner Moonlight. James and Layne were likely tapped to present because of the Jenkins connection as well as the fact that the film is nominated for three Oscars, including Regina King for Best Supporting Actress, and it has become an awards season favorite in recent months.

McCarthy may be nominated for Best Actress this year for her performance in Can You Ever Forgive Me?, but she’s also presenting with some of our other favorite funny ladies — Tina Fey, Amy Poehler, and Maya Rudolph — who’ve appeared in various pairings at previous awards shows. No matter how the Academy chooses to use these hall of fame comedians doesn’t matter because they’re proven to bring lots of levity to an otherwise stuffy evening and have all worked together so, if they are paired to present, will likely feed very well off one another.

They may not have any direct ties to 2019 Oscar nominees or ABC network, but Clarke and Momoa are two huge stars right now. Clarke is one of the fan-favorite leads on HBO’s Game of Thrones, with the epic series entering its final season this summer and Momoa is not just Clarke’s former GoT co-star, but also the star of the recently released and well-received superhero film Aquaman. Count on these two presenting onstage at the Oscars and charming the heck out of us with their mini GoT reunion.

In addition to the requisite 2018 acting winners returning to present, the Academy has seen to it that some other Oscar winners come to present for this year’s show. Theron is a Best Actress winner while Bardem and Goldberg have Best Supporting Actor and Actress wins, respectively. We may not know how they’ll be paired up, but it’s nice to see the Academy picking some past faves to return and present this year.

Tessa Thompson alongside Chris Hemsworth in the upcoming ‘Men In Black: International’

Stenberg and Thompson have likely been picked to present because they’ll help draw in younger viewers, which the Academy is more actively trying to do as they commit to combatting dwindling viewership numbers. If that is the case, it’s a smart play because Stenberg and Thompson are not just talented actors who’ve earned praise for performances in films like The Hate U Give and Sorry to Bother You, but they are outspoken activists with their fingers on the pulse of millennial America and will likely be given some material while presenting that capitalizes on that, whether or not they present together.

McAvoy and Paulson could likely get paired together based on their recent appearance in M. Night Shyamalan’s Glass. The reason these two likely got picked is because not only are both actors in-demand and well-liked, but, along with Glass, both are involved in upcoming, high-profile genre projects like the upcoming It Chapter Two and TV mini-series Ratched, based on the once Oscar-nominated film One Flew Over the Cuckoo’s Nest.

Dern, Key, and Lopez are all extremely likable celebs who have no horse in the 2019 Oscars race but could certainly bring some charm to the evening. Sure, Dern is a two-time acting nominee and Key’s former comedy partner, Jordan Peele, won an Oscar in 2018 for his debut film Get Out, but these three will likely show up in the show to help keep the momentum going as the consummate professionals that they are.

It’s been a hot, hot minute since Daniel Craig has been on our radar (his most recent films are 2017’s Logan Lucky and Kings) and he’s not affiliated with any of the major companies tied to the Oscars nor is he starring in a film with 2019 Oscars ties, though he will be in Rian Johnson’s highly-anticipated Knives Out. Plus, he’ll be in the audience beside his wife, Rachel Weisz, cheering her on for her Best Supporting Actress nod. 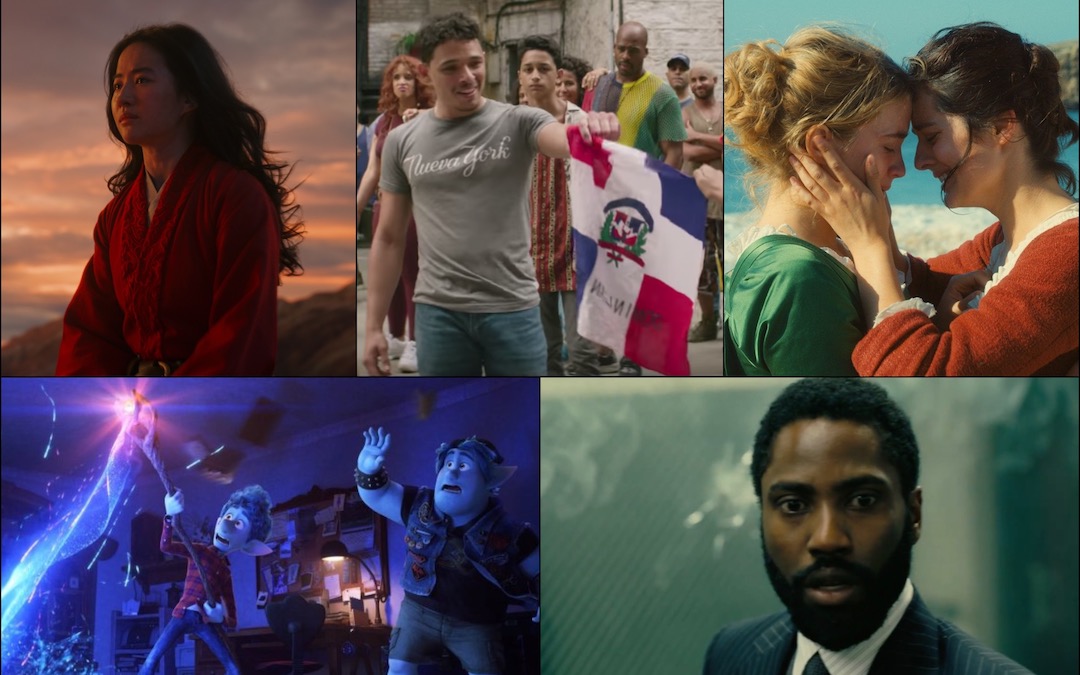 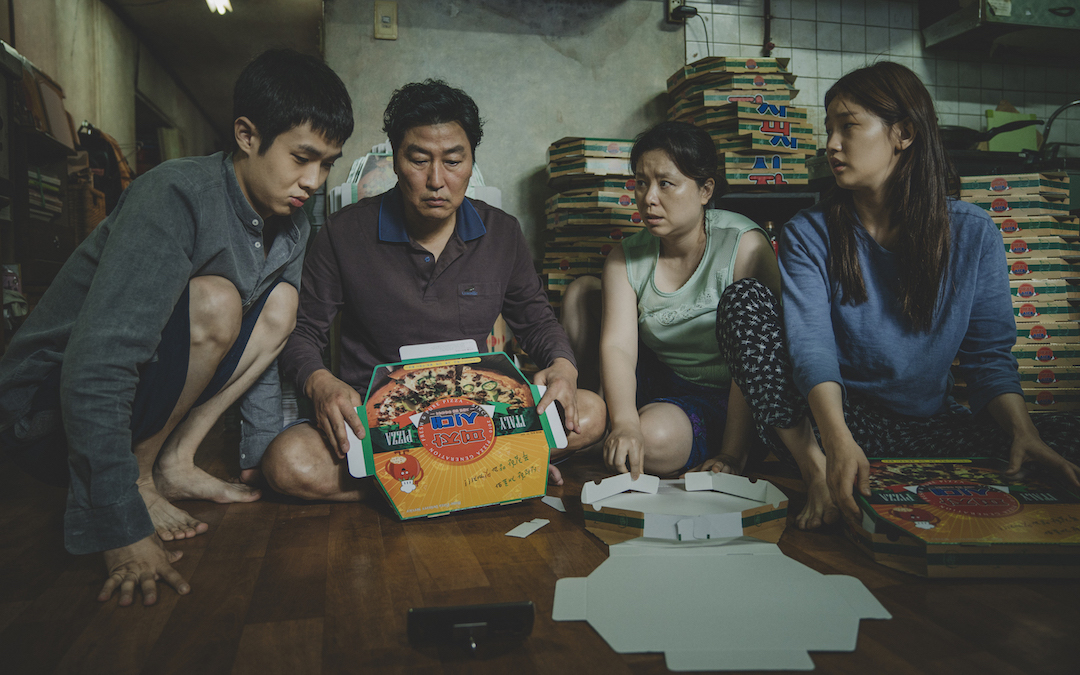 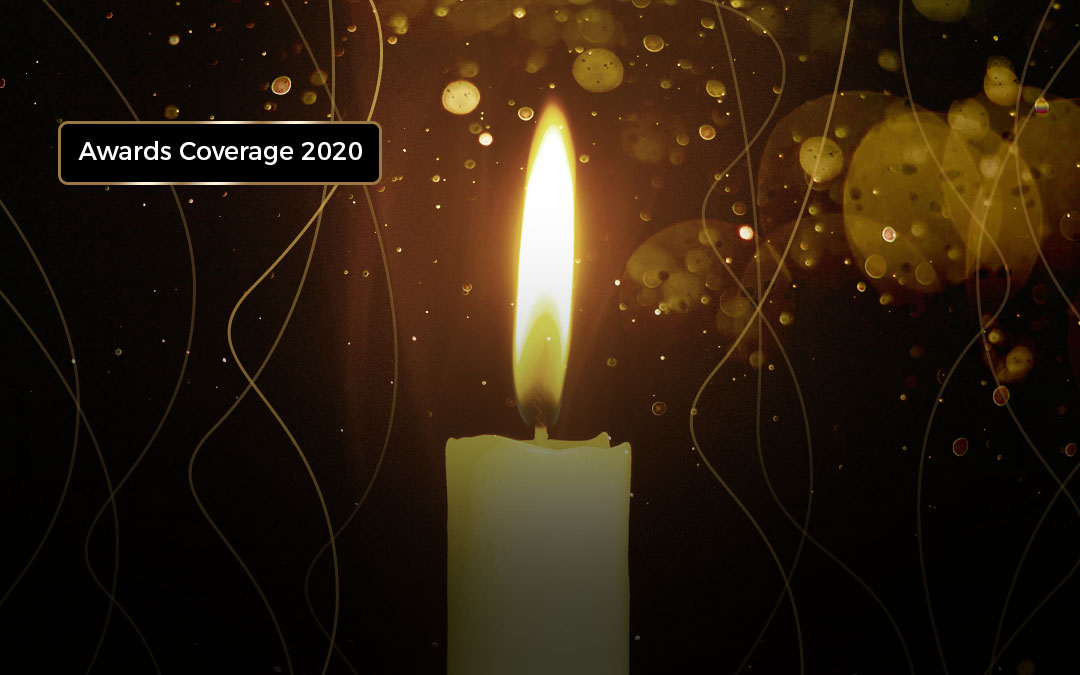