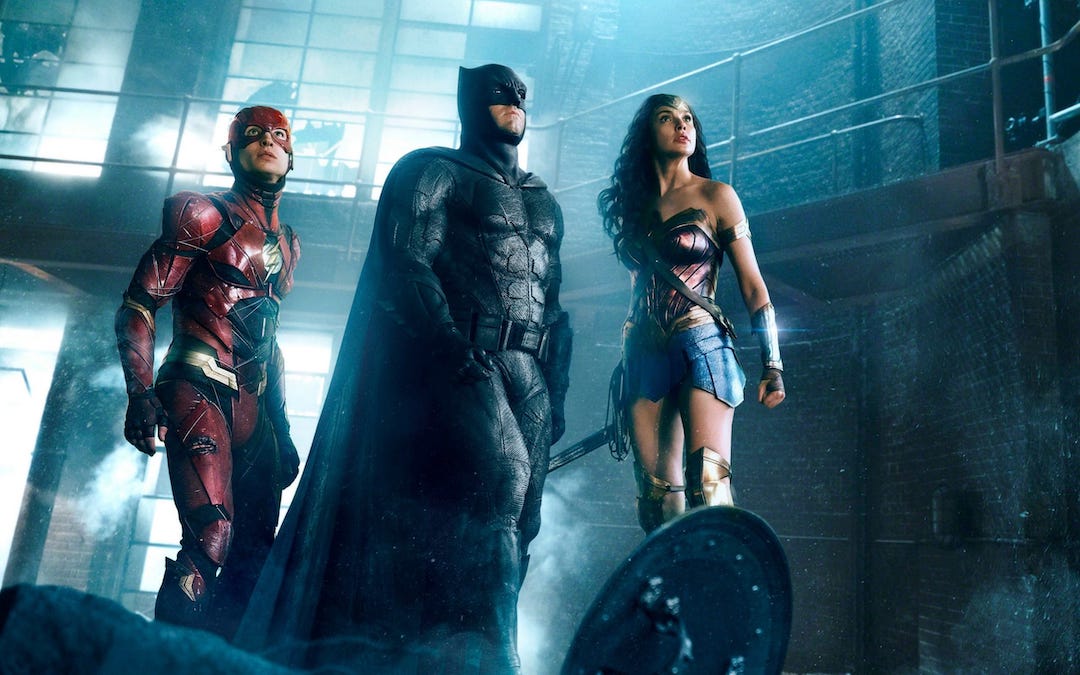 After years of it not happening, a global pandemic and Hollywood shutdown accomplished what multiple petitions and online campaigns could not: A few weeks ago, it was announced the “Snyder Cut” of Justice League is coming to HBO Max.

Today, Zack Snyder teased a sneak peek at his cut:

It’s only 34 seconds long but is enough to whet the appetite of any Snyder fan. It depicts Diana Prince, a.k.a. Wonder Woman, in the ruins of a temple and discovering what appears to be proof of Darkseid’s existence while an ominous voiceover intones that throughout the stars, the bell has rung and now everyone knows: “The god is dead.” The implication there being that the “god” the voice refers to is Superman, and now Earth no longer has its strongest protector.

Judging from Snyder’s tweet, it appears we’ll see at least a full trailer during Warner Bros.’ DC FanDome virtual fan experience in August. It’s not out of the question that we might get an extended look at footage, as well.

When it was announced that the Snyder Cut is coming to HBO Max in 2021, reports at the time were clear that the “Snyder Cut,” at least as hardcore fans imagined it, does not exist. There is and was never a full rough cut of Snyder’s original vision for Justice League. Indeed, Snyder isn’t even certain this will be released as a movie or a miniseries. Instead, there is an awful lot of footage and an idea. Warner Bros. is giving Snyder another $20-30 million in order to finish VFX, do additional ADR and recording, and pickups and reshoots. That is not an inconsiderable amount of money, the equivalent of a low mid-budget film. It’s a hefty price to pay for a new version of a movie that already flopped in theaters, but if it draws plenty of subscribers to HBO Max it could prove worth the gamble.

In any case, it will be interesting to see what Snyder brings to the table when it’s all assembled. His vision, from what we know and what has been leaked online, was a much darker take than the theatrical release. That version was co-helmed by Joss Whedon after he took over when Snyder stepped away from the project after the tragic death of his daughter. At the time, Warner Bros. asked for a number of revisions and rewrites, and Whedon was left with the unenviable task of being caught in the middle of working with Snyder’s vision and pleasing Warner Bros. The resulting movie was more than a bit of a mess, with conflicting visions and Henry Cavill’s infamously poorly photoshopped top lip thanks to the moustache he was contractually obligated to keep for Mission: Impossible – Fallout. Whether or not Zack Snyder’s cut of JL will be good remains to be seen, but at the very least it should provide a much clearer vision and story than the theatrical cut.