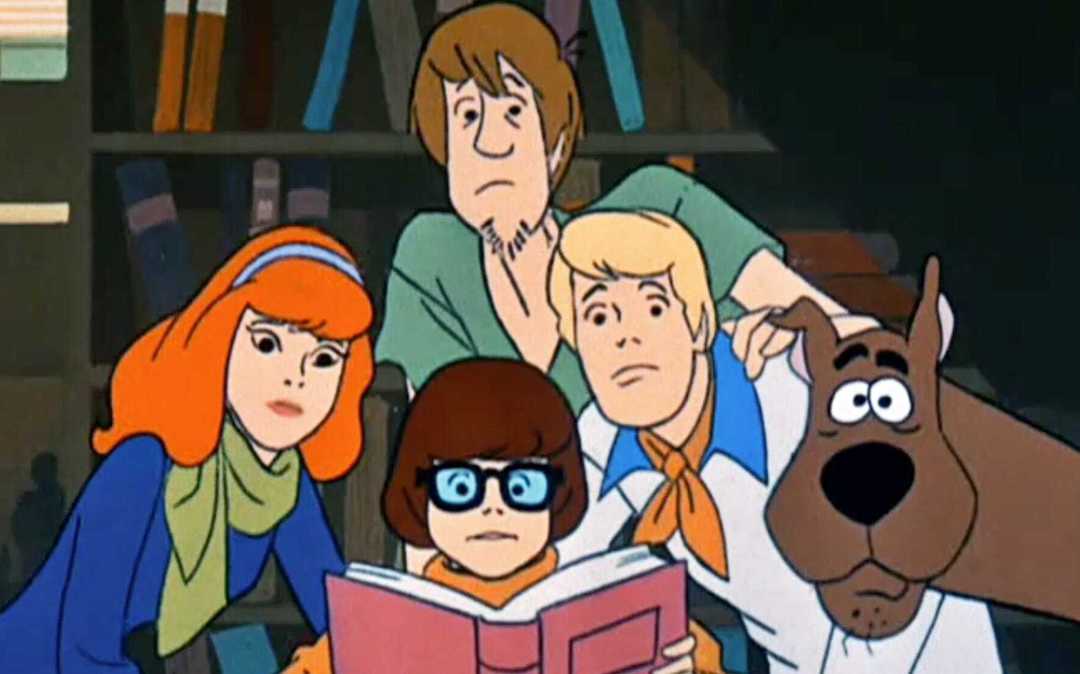 Why ‘Scooby-Doo’ Still Endures After 50 Years

While it predates me by a pretty decent margin, anything with Scooby-Doo was perhaps my most beloved cartoon growing up. I’ve watched every episode of Scooby-Doo, Where Are You! at least half a dozen times, probably more. I would watch A Pup Named Scooby-Doo each day before school. I even quit playing rec league soccer in 4th grade because the games were on at the same time as the new episodes of What’s New, Scooby-Doo? every Saturday morning. It’s safe to say if Scooby was on a show I was keen to watch it.

Recently, the Scooby-Doo franchise reached an impressive milestone. 2019 was the 50th anniversary of the popular series, and 50 years of regular content is no small feat. Even more impressive, it’s not drastically altered from its original format. It begs the question, what is it about Scooby-Doo that’s allowed it to survive and even thrive well past its original contemporaries?

To understand why Scooby-Doo, let’s first answer what is Scooby-Doo. If you haven’t seen it, you’ve surely heard of it, but for the uninitiated, the Scooby-Doo cartoons follow a group of four young adults/teenagers/meddling kids and their talking dog, Scooby-Doo. These meddling kids travel around in a neon turquoise van, aptly named the Mystery Machine, and solve paranormal crimes as the detective agency Mystery, Inc. They’re never looking for ghosts, they just kinda stumble upon them. Every episode starts with the gang on their way to some event they’re destined to miss when they come across a spooky house and just can’t help but investigate. The ghosts are rarely actually supernatural but usually adults in masks trying to scare someone away for land development. The mystery itself always takes a backseat in the episode, so much so that the revealed villain is often a character we never even meet until the mask comes off. The mysteries are impossible to solve from the audience’s perspective, but that’s not the point. This isn’t really a mystery show.

The point is to focus on the spooky hijinks of Scooby and Shaggy, his human bestie. As the main characters, neither of the two ever have any interest in solving mysteries and are instead much more motivated by food. Terrified of everything, they’re obvious monster magnets and are constantly stumbling into some sort of trouble.

So, knowing all of that, what’s the enduring appeal of Scooby-Doo?

The Characters Are Archetypical And Unchanging

I think the biggest reason we see Scooby-Doo’s lasting presence is because its characters all fit easily into archetypes. In Joseph Campbell’s The Hero of 1000 Faces, he describes a number of archetypes, character types we see repeated over and over in stories. Roles like the hero or the mentor, things we recognize culturally. For example, in Star Wars, Luke Skywalker would fit the hero archetype, and Obi-Wan would be the mentor.

In Scooby-Doo, the archetypes are more modern and specific but equally recognizable. Fred is our brave leader. He’s earnest and naïve but fits a common understanding of a type-A personality. He drives their van so he literally guides the group. He’s often the one who instigates the investigations, guiding the gang of their intended trajectory.

It is heavily implied (or explicitly stated) in most versions of Scooby-Doo that Daphne is very wealthy. She’s well-dressed and was the typical damsel in distress character in the early iterations of the cartoon; in later versions giving her a feminist update, she gets captured by the monster far less frequently and instead knows karate.

Velma is the only truly competent detective and clearly fills the role of…er, smart person. She often explains the mystery at the end, so the audience gets closure. She bridges the gap between the clear divide in the group: Freddie and Daphne on one end and Shaggy and Scooby on the other. When the group splits up, she fits well with either group.

Shaggy rounds out the human members of the team, a fraidy-cat with a gluttonous nature. He’s not interested in mysteries but somehow always walks right into them. He’s the comic relief character but also serves as something of a secondary protagonist.

Scooby is our main character, a talking Great Dane inseparable from Shaggy and also somewhat indistinguishable from him, the two more or less codependent. The two are two peas in a pod and the conflicts between them often stem from them being too similar; they often fight for food with Scooby always getting the upper hand.

These characters are timeless. If the Scooby-Doo: Where Are You? of the ’60s were to be released today, it would feel very dated. But with tweaks to some of the animation and the background music, the series is easily updated to match the times without losing the spirit of the show. This is shown over and over again every time a new version of the series comes out. This is largely because with each revival the core archetypes remain the same. The five characters are ones we already know in circumstances we understand. The character dynamics and relationships never change, just the animation. This timeless quality is what makes it ripe for revival.

The Characters Balance Each Other

Fred might seem confident and well-adjusted when the adventure starts, but that all changes when he tries to capture the ghostly villains. Without fail, he always suggests a Rube Goldberg-esque trap that will obviously fail from the beginning, and when it inevitably does, it’s up to the other characters to support him. He has moments every episode where his strengths and his weaknesses are clear.

The same can be said for every character. Scooby has no interest in solving mysteries but he often has to rise to the occasion to save the day and help solve the case. Velma is the only actual adept detective but a frequent gag in the show is to have her lose her glasses and spend a portion of the show out of commission as she fumbles around looking for them. The five characters all need each other as they complement each other’s strengths and weaknesses. Each character gets the chance to ask for help and each character gets to be the hero. At the end of the day, you could put the five members of Mystery, Inc. in any circumstance and they’ll still generate fun as long as they’re together. You can put Scooby in a spacesuit, on a surfboard, or downloaded into a computer game, and each one of those premises could be (and actually is) a Scooby-Doo episode. They’re even fun when interacting with characters from a completely different TV show, as was the case with the crossover 16th episode of Season 13 of Supernatural when Sam and Dean were pulled into the world of Scooby-Doo. That’s how iconic Scooby-Doo is.

The perfect balance of the OG team shows whenever different iterations of Scooby-Doo have either removed characters or added new ones. These versions of the franchise just don’t feel the same. They’ve never been as popular because they aren’t as well-balanced. The most common addition is Scooby’s nephew, Scrappy-Doo, who is much maligned by fans because, as Scooby-Doo fans know, Scrappy is The Worst™. But it’s also because his presence disturbs the dynamic and diverts our focus away from what makes Scooby-Doo work.

Each character has a distinct look. They each speak in a distinct way with their own catchphrases. They offer cultural touchstones that are easy to identify and reference. If another show wants to reference or pay homage to Scooby-Doo, they can do that without even saying its name, simply by touching on the distinct look of the show.

Each character is iconic in their own right. Fred’s preternaturally blonde hair is the only hint of yellow in the whole color palette and, honestly, who else rocks an ascot with as much style? Daphne has an interest in fashion and has always had the most striking look of the group, a purple mod dress with pink and green accents. Considering Velma is the smartest character, the artists were practically required to draw her with glasses; it’s Hollywood law for smart girl character design. She’s always dressed in autumn tones, muted oranges, reds, and browns. Shaggy is perhaps the least distinct, with just a ratty olive t-shirt and bellbottom pants to reflect his hippie nature. Their Mystery Machine van is shockingly bright in shades of blue, green, and orange. The bright colors of the gang offer a stark contrast to the always-dark and muted spooky environments they encounter. The show always looks good, at the very least distinct.

You can put the iconic look of the show in any context and still identify it. It is, in my humble opinion, the best and most easily-recognized group Halloween costume. As soon as I see someone with a white sweater and an orange scarf, I know it’s Fred and the rest of Mystery, Inc. is sure to be following close behind.

It’s Formulaic In A Comforting Way

Most historians and literary critics agree there are seven basic story archetypes, or, as literary theorist Christopher Booker called them, the “seven basic plots,” like the quest, rags to riches, and so on. In the same way humanity has told the same story over and over again for thousands of years, Scooby-Doo is a retelling of its own story, and this is comforting and digestible for an audience no matter what generation is watching.

I couldn’t exactly describe any specific episode of Scooby-Doo to you, but I can describe all of them at once in that they are the same at their core, all fitting into a strict formula:

Sometimes the order of the middle steps is switched around, but this is the gist every episode. This formula works in 2020 just as well as it worked in 1969.

The comforting element of Scooby-Doo is also conveyed in the messaging of the show. At the end of every episode, all the scary elements are revealed to be fake. Teenage sleuths use deductive reasoning to debunk the supernatural. In later series and movies, the supernatural elements can be real, but those episodes are few and far between. At the end of the day, it’s very much a “the only thing you have to fear is fear itself” sort of situation, teaching kids that things aren’t usually as scary or bad as they seem (and also that greedy capitalists are bad, but that’s another story entirely).

Boiled down to its simplest explanation, that’s exactly what’s helped Scooby-Doo persevere through the past half-century is its greatest quality: it’s familiar. We recognize it both as a reference to itself and as a cultural artifact. The chase scenes, the color palette, the mask reveal, all of it is a well-established precedent. We know who each member of the gang is and how they’ll interact together. It’s certainty in an uncertain world, the familiarity of a security blanket. It’s this element that’s the core of the story that has held steady for 50 years. If I had my way, we’d see it for 50 more.