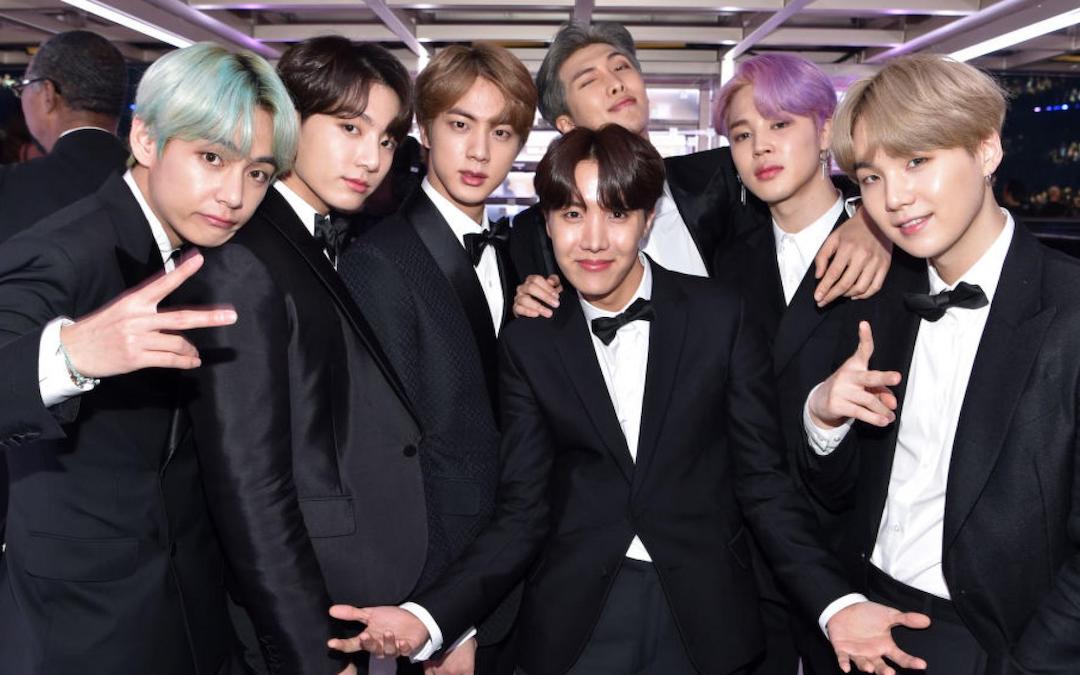 They’re The Biggest Band In The World: Here’s Why BTS Is So Popular

BTS is, without a doubt, the biggest band in the world right now. Not Beyoncé. Not Taylor Swift. And not One Direction, ’cause they broke up. Nope. It’s BTS and their fandom, the BTS Army, is the most powerful music fandom.

Since their debut in 2013, the seven-member K-pop boy band has broken multiple records. They’re the best-selling artist in South Korean history with the best-selling album in South Korea of all time. They’re the first Korean group to top the Billboard 200 in the U.S. and then repeated that with three other albums, becoming the fastest music group since The Beatles to earn four #1 albums in under two years. They were the first Asian and the first non-English speaking group to sell out the famed Wembley Stadium in the UK. TIME magazine featured them on their international cover for its “Next Generation Leaders” issue and they also made the list for the magazine’s annual “100 Most Influential People In The World” issue. They have addressed the United Nations after partnering with UNICEF. And they became the youngest-ever people to be awarded the Order of Cultural Merit from the President of South Korea for their contributions to spreading Korean culture.

How on Earth does one music group get so big and influential? There have been plenty of wildly popular boy bands, but none quite like BTS. Here are X reasons they’ve become so popular across the globe.

1. Their Music Has Meaning Beyond Boy-Meets-Girl

The vast majority of boy band music, at least up until BTS hit the radio, was about girls. Getting girls, getting hard-to-get girls, losing girls, trying to get that girl back – you get the drill. Not that there’s anything wrong at all with love and romance, but millennials, and especially Generation Z, are savvier and smarter and interested in issues beyond simply boy-meets-girl. BTS has made a point to write songs that touch upon a range of topics and are more interested in self-empowerment than getting the girl: Mental health, social commentary, loss and overcoming obstacles, difficulties teenagers deal with, and learning to love oneself for who you are are all themes explored in the music of BTS.

It’s cerebral in other ways, as well. References to literature and history dot their lyrics, as well as touching upon concepts in psychology and physics. And it gets meta, too, with some of their music incorporating a storyline that is set in an alternate universe. All due respect to groups who came before, like N’Sync or One Direction, as they’ve had some bangers – but could you imagine them ever having written songs about calling out social injustice or that incorporated concepts of quantum physics? Doubtful.

While there have been many incredibly talented members of boy bands before, none are quite like BTS. Though they started out predominantly as a hip-hop group, their musical style has evolved over the years to incorporate a number of genres and influences into their music. Members of the band have mentioned influences include, among others, Queen, Eminem, Drake, ’90s Korean group Seo Taiji and Boys, Justin Bieber, Post Malone, Nas, Kanye West, Charlie Puth and Danger. Though their musical foundation is always hip-hop, they’ve also folded in rock, R&B, EDM, neo soul and gospel, orchestra and strings, house, reggae, world music, Latin pop, jazz, Afro pop, funk, trap, disco and more into their music. As mentioned above, they find musical inspiration across a number of mediums, including literature, art, and philosophy.

What’s more, they are intimately involved in the writing and composition and production of their own music, as well as the choreography of their routines. Though they don’t play instruments during their live shows, most of the members have musical talent and can play one or multiple instruments, including piano, guitar, saxophone, drums and ukelele. Member Suga, who is one of the band’s rappers and a well-regarded composer, even has perfect pitch, something that is assumed to happen only in about 1 out of every 10,000 people.

3. They’re About More Than Just Music

Sure, music is the main part of their life. After all, it’s how they gained their fame and success. But BTS has used their great power responsibly, launching a number of philanthropic endeavors and getting involved in various social causes. What sets BTS apart from other groups is the loyal Army fanbase they’ve cultivated through their Love Yourself campaign and other charitable endeavors. They’re as busy with their philanthropy as they are with their music, from donating tons of rice to charity to partnering with LISA, a nonprofit group that fights degenerative retina diseases. After the 2014 MV Sewol ferry disaster, in which over 300 people lost their lives, each member of the group secretly donated KR₩ 10,000,000 to the families of the victims.

Their signature philanthropic endeavor has been the Love Yourself campaign, which launched in 2017. This is what I said about it in a piece I wrote last year:

But their biggest endeavor to date has been their Love Yourself campaign in partnership with the Korean arm of UNICEF. The campaign is meant to work with young victims of domestic and school violence and sexual assault. Once again, each member donated a considerable sum out of their own pockets to jumpstart their project. On top of that, 100% of sales of all goods from the campaign are being donated right back to Love Yourself, as well as 3% of all record sales for every album recorded as part of the Love Yourself album series.

In a significant moment of recognition, BTS was also asked to attend the United Nations 73rd General Assembly to help launch the Youth 2030: The UN Youth Strategy initiative. There, they spoke about the Love Yourself campaign and issues of self-acceptance and mental health.

Most recently, they donated $1,000,000 USD to the Black Lives Matter movement, which was one of the largest celebrity donations made. Within 24 hours, their loyal BTS Army had matched their total donation. They also donated another million to Live Nation’s Crew Nation campaign to support music and live entertainment workers in the U.S. during the COVID-19 pandemic.

And that’s just scratching the surface of all the charity and philanthropic work the members of BTS have done, both as a collective group and as individuals. It’s remarkable and significant that the biggest band in the world is setting the best kind of example for their fans, who are more than willing to take up the group’s charitable causes.

Tickets are now on sale for the Bring the Soul: The Movie re-release. Get tickets here.

On the last day of 2021, we lost not just a great woman, but one of the all-time greats in Betty White. Betty White was remarkable, an...

When you think of a horror movie, what typically comes to mind? Likely some kind of monster, or a killer on the loose. Maybe a final girl to...

January is here, which means the 2022 movie slate has officially begun. The first month of the year is traditionally a slower month thanks to the...