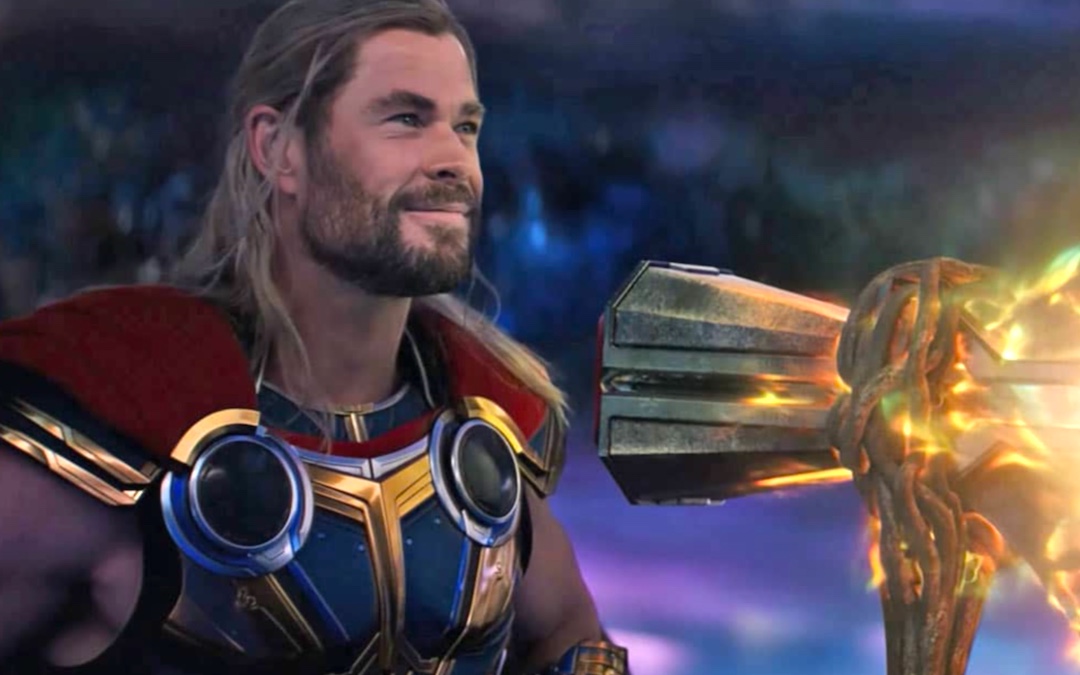 Independence Day has come and gone, which means we’re in the thick of summer. Blockbuster movie season is in full force, and with it comes exciting movie news and huge box office projections. This week brings some huge casting news for a few interesting projects, eye-popping first trailers, Thor’s box office prospects, and more.

George Clooney’s Infamous Batman Nipple Suit Up For Auction For $40,000

If you’ve ever wanted to own an iconic piece of terribly Hollywood history, now’s your chance: George Clooney’s infamous Bat-nipple suit is going up for auction thanks to Heritage Auctions. The much-ridiculed suit from Joel Schumacher’s 1997 Batman & Robin can be yours for the low, low price of $40,000–at least, that’s the set price of the starting bid. The suit is up for auction from July 22-23 during Heritage’s Hollywood & Entertainment Signature Auction and they’re apparently super pumped about it. Heritage Auction’s executive vice president Joe Maddalena

“This is easily the most famous – and infamous – Batman costume ever designed, as evidenced by the fact that all these years later, it continues to make headlines every time Tim Burton and George Clooney get asked about it. But to his credit, Joel Schumacher never apologized for the ‘Bat-nipples.’ In fact, he once told Vice, ‘I’m still glad we did it.’ And I am just as glad we have the chance now to offer this piece of cinema history to someone who can appreciate the costume as much as Schumacher clearly did.”

That’s not the only Batman-related memorabilia up for auction, though. Jim Carrey’s cane from Batman Forever is also available, starting at $8,000. Even more cool is Jack Nicholson’s original purple Joker suit from 1989’s Batman, which is starting at a whopping $65,000. So if you have a spare $8k-$65k laying around, head over to Heritage Auction’s site and shoot your shot.

In news that is absolutely unsurprising but still exciting, Thor: Love and Thunder is being projected for a huge opening weekend at the box office. So big, in fact, that it’s being projected to beat the opening weekend of Taika Waititi’s last Thor movie, Thor: Ragnarok–and not by a little bit, either. The broad spread projection for this weekend’s Love and Thunder is a domestic opening of $140-160 million, and to gross over $300 million globally. By comparison, 2017’s Ragnarok grossed just under $123 million domestically on its opening weekend. Ragnarok ended up garnering a solid $854 million by the time it left theaters. Could Thor: Love and Thunder cross the billion-dollar threshold? It’s certainly possible. In any case, it will be exciting to see where it lands after this weekend.

In the meantime… Read our spoiler-free Thor: Love and Thunder review.

Not long after her fine work in The Batman, actor Zoë Kravitz is turning her sights to behind the camera. She’ll be making her directorial debut for MGM’s Pussy Island (a name that will almost certainly change, even if it is meant innocently) off a script she also co-wrote with E.T. Feigenbaum. It seems plenty of Hollywood talent wants to line up to work with Kravitz, too; the cast is absolutely stacked. Naomi Ackie, Channing Tatum, and Simon Rex were previously cast, and more recent additions include Christian Slater, Alia Shawkat, Geena Davis, Adria Arjona, Haley Joel Osment, Liz Caribel Sierra, Levon Hawke, Trew Mullen, Saul Williams, Cris Costa, and Kyle MacLachlan.

The story follows Ackie’s Frida, an ambitious cocktail waitress in Los Angeles. She’s determined to attract the attention of Tatum’s philanthropist and tech mogul Slater King and eventually works her way into his inner circle. When he invites her for a getaway with his friends on his private island, Frida expects a life of glamour. And it’s exactly what she finds–at first. The nonstop parties, flowing champagne, and natural and artificial beauty surrounding her can’t hide the fact that something about the island seems to be off. Wrong. Soon, Frida’s experience on the island becomes more terrifying than she could ever envision.

Here’s a project that just rose to the top of our list just because of the talent involved: Pain Hustlers. Chris Evans is in final negotiations to join the cast opposite Emily Blunt, who has already signed on to the David Yates-directed, Wells Tower-written project. Blunt will play Liz Drake, a high school dropout who dreams of a better life for her and her daughter. She finds a job at a struggling pharmaceutical startup, and her drive and skills soon catapult the company from almost shutting down to enormous success. But she soon finds herself in the middle of a criminal conspiracy that threatens her life and her daughter.

It’s not yet clear who Evans will be playing, but he’s set to be top-billed along with Blunt should he join. Interestingly, while the description makes it seem like a straight thriller, the tone is being described as being akin to The Big Short, American Hustle, and The Wolf of Wall Street, so it seems there will be a darkly comedic, satirical streak, as well. Production on Pain Hustlers is expected to start in late August.

Here’s a genuine surprise: As he’s in the thick of post-production on Avatar: The Way of Water, director James Cameron has revealed he may not return to direct Avatar 4 and 5. It seems out-of-character for a director who has spent so much of his time and passion bringing the Avatar films to life, but that’s exactly why he may relinquish the reins to another director for the last two movies. Speaking to Empire, Cameron explained that he simply has too many irons in the fire right now:

“The Avatar films themselves are kind of all-consuming. I’ve got some other things I’m developing as well that are exciting. I think eventually over time – I don’t know if that’s after three or after four – I’ll want to pass the baton to a director that I trust to take over, so I can go do some other stuff that I’m also interested in. Or maybe not. I don’t know.”

That’s not to say that he just isn’t as passionate about the Avatar movies as he once was. If anything, he’s even more excited about what potential they hold:

“Everything I need to say about family, about sustainability, about climate, about the natural world, the themes that are important to me in real life and in my cinematic life, I can say on this canvas. I got more excited as I went along. Movie four is a corker. It’s a motherfu**er. I actually hope I get to make it. But it depends on market forces. Three is in the can so it’s coming out regardless. I really hope that we get to make four and five because it’s one big story, ultimately.”

Let it never be said the man isn’t ambitious.

Add Avatar: The Way of Water to your Watch List to be alerted when tickets go on sale.

Jordan Peele Finally Explains What ‘Nope’ Is About – Sort Of

Without question, Jordan Peele’s Nope is one of the most anticipated horror movies of the year. It’s also one of the most mysterious, with the trailers so far giving hints as to what to expect, but few clear details. Now, in a new interview with Empire (via /Film), Peele confirms what we all suspected: it’s about aliens. But, in true Peele fashion, it also has something to say about society:

“I started off wanting to make a film that would put an audience in the immersive experience of being in the presence of a UFO. And I wanted to make a spectacle, something that would promote my favorite art form and my favorite way of watching that art form: the theatrical experience. As I started writing the script, I started to dig into the nature of spectacle, our addiction to spectacle, and the insidious nature of attention. So that’s what it’s about. And it’s about a brother and sister, and healing their relationship.”

So there you have it–sort of.

Get tickets to Jordan Peele’s Nope.

That is one heck of a cast.

Aubrey Plaza is coming into her own, it seems.

It’s great to see the View Askewniverse gang back together.