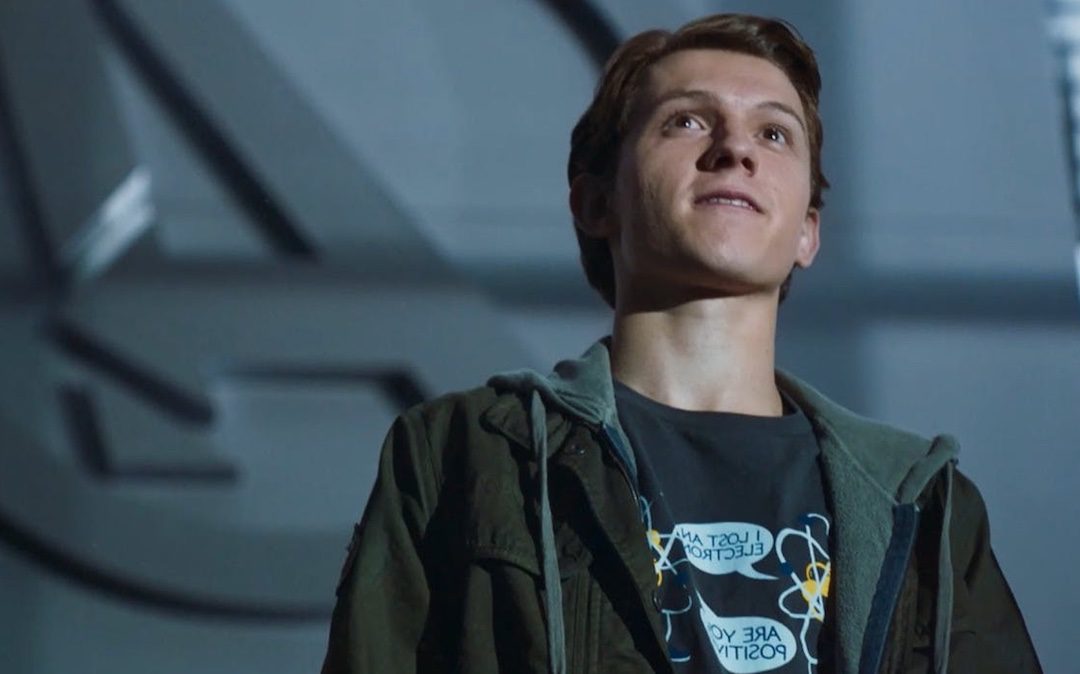 If you’ve been following his Instagram lately, then you might have noticed Tom Holland is shooting a new project with the Russo brothers – but this time, it’s not a Marvel movie:

My Pooch and Me. Off now to go begin my latest venture with the @therussobrothers ✌🏼 I’m going to be taking a short break from instagram, so see you all in the not so distant future ❤️

Instead, their next project together is Cherry, based on the debut novel of the same name by Nico Walker, with Holland set to play the protagonist. Walker’s novel is based on his own true experiences as a soldier and veteran suffering from PTSD. He wrote the book on a typewriter over the course of a few years…while sitting in a jail cell. Why? Because Walker has been in federal prison since 2013 for bank robbery.

Here’s the true story behind Cherry.

He Grew Up In The Most Normal Of Ways

Walker’s story is surprising; he isn’t someone you’d expect to become a criminal. His book is the darkest kind of coming-of-age story, the kind where the kid doesn’t grow up and get more mature by the end, but devolves and loses himself. How did he get there?

Nico Walker came from a supportive family that was financially well-off, affluent enough to send him and his older brother to a private school in Cleveland. He grew up interested in music and sports and was funny and smart, but always unfocused. He did what he was supposed to, tried to keep good grades, went to college. Still, there was always something ungrounded and restless in him. He sold weed, he broke into a house or two for fun. But after 9/11, it bothered him that young people his age were being sent off to fight and he was there, just screwing around smoking weed and doing petty crimes out of boredom, so he decided to enlist. He dropped out of college at age 19 and joined the Army, determined to avenge America and innocent Iraqis against the scourge of terrorism. It changed him forever.

Iraq Changed Him Forever And Sent Him Back Broken

In 2005, Walker was sent off to Iraq, stationed in an area 30 miles outside Baghdad in an area known as the Triangle of Death. He served as an Army medic, going on over 250 combat missions in a single year’s time, missions from night patrols to check for insurgents planting roadside bombs to one particularly horrifying early mission that involved a bombed-out Humvee and bodies burned beyond recognition. He soon discovered how badly soldiers and the American public had been lied to, led to believe that there was a threat to the Iraqi people only to realize it was the aggressive American soldiers who were the real threat. Walker participated in numerous missions and raids in which they learned after the fact innocent Iraqis had been killed. He saw countless people on both sides and innocents in the middle die in front of and on him; his medic role immersed him in a sea of gruesome injuries and death.

He was sent back to the United States with multiple medals for valor and citations for bravery, on the surface a hero. But underneath, Walker was a broken man. His time in Iraq had exacted a steep toll and he had come back shattered inside and unable to cope with life or what he had seen in Iraq. His return to civilian life, like that of so many soldiers, was a rough transition. Walker was suffering from undiagnosed PTSD, dealing with deep depression, trauma, and adjusting back to a “normal” life that was no longer normal. He wrestled with acute survivor’s guilt, tormented by the thoughts of all the people he couldn’t save.

Later, Walker was diagnosed with what one forensic psychiatrist said was one of the worst cases of PTSD he’d ever seen. But at the time, no one knew how to help him. There is a stigma with soldiers getting help and more than that, there is a rift between soldiers who have been to war and civilians who haven’t. As Walker explained in a 2018 interview with Electric Literature, there really was no helping him because there was no understanding what he had gone through:

“I don’t know what anyone can do about PTSD. You can’t un-experience things. I got a letter from a woman with PTSD the other day and she put it well. She said, You can’t unsee things. Which is about right. And you just can’t un-know what you know. What you know about life. What you know about what’s out there. There’s definitely a disconnect between Americans who’ve been to places like Iraq or Afghanistan, or whatever places like that, and people who haven’t ever been to such places. So it’s hard to think of any way that the one can get much help from the other. Time is the best thing that can help someone who’s having problems like PTSD.”

He Started Spiraling Into Addiction And Turned To Crime

He tried to settle back into normal life but that was no longer an option. He felt disconnected, paraonid, adrift. He tried joining a band, reenrolling in college, but nothing worked. He started drinking, then turned to heavier drugs. Soon, he and his wife, whom he’d married before he deployed, separated. The Veterans Affairs office told him he had anxiety and gave him antidepressants; a second evaluation misdiagnosed him with bipolar disorder. He soon turned to drugs and eventually to heroin to self-medicate and quiet his demons.

Spiraling and out of control, Walker’s addiction grew more acute and he turned to desperate measures in order to fund his heroin addiction. In December 2010, he finally crossed the final line and started robbing banks in and around Cleveland. The first robbery was completely spontaneous, but he got a rush of adrenaline and a rare moment of clarity, the kind of razor-sharp focus he’d had in combat. Along with opioids, it became his other drug, the only time he felt almost at peace with a purpose. So desperate was his need for heroin that he robbed 10 banks in the span of just four months, making off with almost $40,000 combined from his heists and terrorizing banks around the city.

In April 2011 his crime spree finally came to an end when he robbed a bank and sped away with the police in hot pursuit. He crashed in the parking lot of a Burger King and broke a vertebra in his back, arrested minutes later by the police. He pled guilty to all charges and was given an 11-year sentence.

While In Jail, He Received A Letter That Changed His Life

Two years after his prison sentence began, in 2013, he was profiled by BuzzFeed in a piece that highlighted his crimes and military service. Matthew Johnson, the co-owner of Tyrant Books, read the piece and was compelled to write Walker a letter. The pair struck up a friendship through correspondence and Johnson eventually convinced Walker to write a book and tell his story. Walker spent the next four years writing and rewriting, sending pages off to Johnson and waiting for edits to come back, typing his story out bit by bit on a typewriter in prison.

His book, Cherry, was finally published in 2018 after months of wading through sticky legal waters; Walker has used the money from his publishing contract to pay back the banks from which he stole. Just days after it was released, the movie adaptation rights to the book were acquired by Joe and Anthony Russo for $1 million. Seven months later, Tom Holland was cast in the lead role with a movie release date set for sometime in 2020. Filming started this month, October 2019.

Meanwhile, Nico Walker is scheduled to be released from prison in November 2020. He plans to keep writing. As it turns out, he still has a lot more to say.