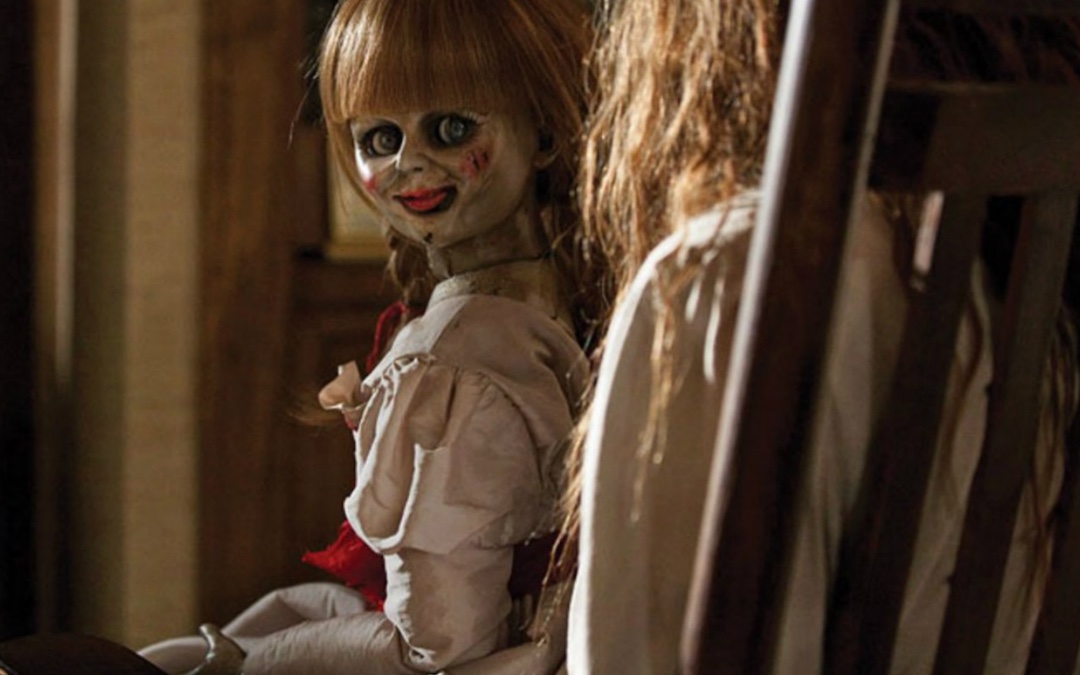 The world of horror has blessed us with countless creepies that shouldn’t be creepy over the years. Clowns? Terrifying. Children? No, thank you. Santa? Probably gonna murder you if his elves don’t get to you first. But I don’t feel like we discuss murder dolls with enough frequency, despite their near-constant presence in the genre. The fear of these creepy little jerks is rooted in two very real phobias: pediophobia (a subcategory of the fear of humanoid figures—automatonophobia), and pupaphobia (the fear of puppets).

You’ll notice the term “creepy” used above. Often we use the word as a way to add character to writing, or to show that we’re not being overly serious about a topic. In this case, the use of the word is intentional. Francis T. McAndrew and Sara S. Koehnke wrote a research paper on the concept of creepiness back in 2016 titled “On The Nature of Creepiness”. This paper doesn’t just discuss why the idea of being creeped out is so unsettling, it also names collecting dolls as one of the creepiest hobbies one can have. 1,300 people surveyed, doll collectors. Stop collecting tiny murderers.

Turns Out Being Creeped Out By Dolls Is An Evolutionary Response

Let’s go back to the idea of why feeling creeped out is different from outright fear. Fear is a definitive emotion. If a bear three times your size is charging at you, instincts tell you to be afraid. Your mind and body know how to respond to fear. Creepiness is reliant on ambiguity. It’s a “this porcelain creep-meister probably isn’t gonna kill me in my sleep, but I think I’m gonna lock her in this here drawer just to be safe” kind of vibe. McAndrew calls it a sort of hyper-vigilance:

“It really focuses your attention and helps you process any relevant information to help you decide whether there is something to be afraid of or not. I really think creepiness is where we respond in situations where we don’t know have enough information to respond, but we have enough to put us on our guard.”

Koehnke and McAndrew also postulate that being creeped out by dolls is both prudent and evolutionary (suck on that anyone who’s ever made fun of me for giving a giant “NOPE” to anything with a porcelain pout!). Because the brain tells us to search for signs of intention in the human face, it gets a little wigged out when it can’t find it. Also, those little jerks make constant eye contact, an act that we view as a way to establish dominance with other creatures. You’re not the alpha, doll! You’re just a creepy little murder puppet with an extremely fragile face.

Folks like to blame Hollywood for the whole “creepy doll” stigma, but humans have been wigged out by their immobile counterparts for centuries. 1816’s The Sandman, written by E.T.A Hoffman, involves a wind-up doll that was brought to life by alchemy. The doll would eventually drive its owner mad. More contemporary dolls have gotten a bit more murder-centric, but they’ve started unsettling humans from the moment they began to vaguely look like us.

Now, make no mistake; Hollywood may not have started the stigma around dolls, but it sure as heck hasn’t helped it go away. Murder dolls are an easy scare. You can have a completely motionless automaton that remains as such throughout the entirety of your film, and folks are still going to be uneasy about it. Let’s take a look at some of those movie murder dolls that have scared us most through the ages.

Rod Sterling hopped over to the Night Gallery in 1969, but he didn’t transition out of the creepy dolls biz. “The Doll” revolves around a nightmare of a thing that’s shipped from India to the protagonist’s niece. The man was visiting India at the time, but he most certainly didn’t ship a doll across the ocean. I’m sure he loved his niece, but can you imagine the shipping costs? Anyway, niece insists dolly is very sweet. Dolly is not very sweet. The end.

Because Chucky has a distinctly cartoonish feel about him, he’s not overtly creepy on his own. His homicidal tendencies definitely make up for what he lacks in overall wig-out factor, however. Murderer Charles Lee Ray calls on some black magic to put his soul inside of a Buddy doll as he’s dying after being gunned down by the police. As time has proven, dolls are a little bit harder to kill than humans. The above trailer is for the new iteration, but the OG version will withstand the test of time as maybe the most iconic killer doll in movie history.

All The Puppets Of ‘Puppet Master’

I’ve always fallen in the camp that has found Puppet Master more hilarious than creepy, but that doesn’t mean it’s not (great) horror. Blade, Pinhead, Jester, Shedder Khan, Gengie, Leech Woman and Tunneler are all brought to life by an Egyptian spell. The puppets use their gift of life to torture a group of psychics when they find their creator’s final resting place years later. They are tiny, deadly, and work as a well-oiled machine. Noooo, thank you.

Before James Wan started playing with Annabelle, he joined forces with Leigh Whannell to create Dead Silence. (Yes, the two created Saw. Yes, Jigsaw is technically a doll. But he’s also a doll that’s controlled by humans and thus infinitely less creepy. Sorry, Jigsaw stans.) This underrated creepshow features a dummy named Billy, controlled by the spirit of an old ventriloquist named Mary Shaw. The moral of this story is don’t scream.

And here we are with the murder doll to end all murder dolls. The deeply controversial Annabelle has been the focus of The Conjuring franchise since 2013, but her story started well before that. Ed and Lorraine Warren say that, in real life, the Raggedy Ann doll upon which Annabelle is based was given to a student nurse back in 1968. The girl and her roommate consulted a psychic and were told that the doll housed the spirit of a girl named Annabelle. The two students decided to nurture the spirit rather than get it the hell out of their dorm. They did not have a great time.

The doll that we see in The Conjuring might not be a Raggedy Ann, but the story ultimately remains the same. Possessed doll meets students, possessed doll kills a lot of folks, possessed doll then spends the rest of her days locked up in Ed and Lorraine’s museum of nightmare things (except for when said doll breaks out of her case to torture their daughter). Annabelle’s been the feature of a host of prequels, with her most recent, Annabelle Comes Home, headed to theaters on June 28th.

They’re creepy, they’re stabby, and sometimes they’re funny, but what I know is this: whether its books, television or film, any kind of doll remotely resembling a human can keep to itself in its box miles and miles away from me. Because I now know I have a prudent and evolutionary creep factor response, so there.

Get tickets for Child’s Play and Annabelle Comes Home below.

M. Night Shyamalan’s Knock at the Cabin is soon hitting theaters, and in many ways, it’s a throwback to his earlier work in all the...