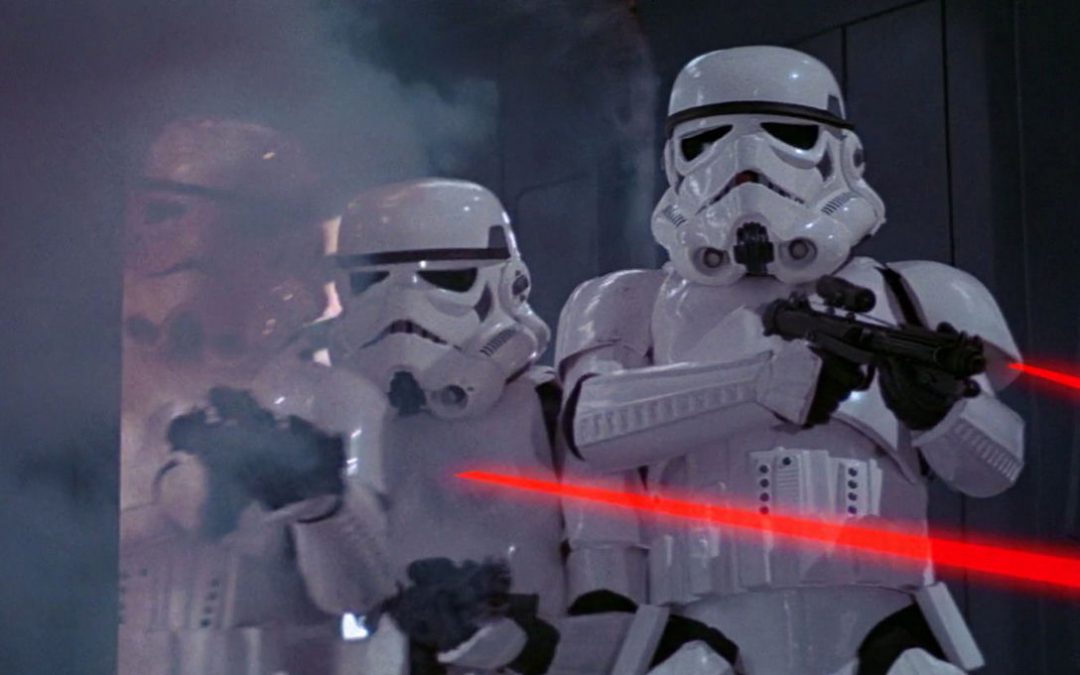 The Complicated Power Of Fandom

Fandom is… complicated. I know that’s a bold statement for a behavior surrounding humans, a species that somehow manages to be the most complex and the most infuriatingly basic all at once. The power of fandom is great, and that’s not always a good thing. A quick look through Twitter will pull up countless accounts proclaiming “fandom is a cancer,” or other reductive statements lumping together all of fandom for the actions of the few from within. But here’s the problem with those few: they’re very loud.

Yeah, Okay, Let’s Get This Out Of The Way: A Small But Loud Percentage Of Fandom Can Be Toxic

Some fandoms have larger percentages of toxicity, such as the morphing of GamerGate into the alt-right-led ComicsGate, and issues among the anime fandom seemingly ever-present. But, whether the percentage is big or small, every fandom’s got ‘em. BatBros corner the DC market, while men’s rights activists recently latched onto Captain Marvel, calling her a villain for standing up for herself after countless male protagonists (and actors) have behaved worse for decades. Star Wars has had its own share of nightmares, usually involving backlash surrounding one particular character from a given trilogy or that a particular movie didn’t tell the story they wanted it to.

We see it in fan entitlement, most recently seen in the Game of Thrones backlash, and going on for years with those who have demanded that DC “release the Snyder Cut.” Hate to burst anyone’s bubble, but that’s not how television works, and there is no Snyder Cut. It’s one thing to be upset something didn’t go your way. We’ve all had finales that have disappointed us. The thing is, it’s not our art. We don’t get to dictate how it ends. This is literally why fanfiction exists! Go write your own ending. Or do something like GoT actor Emilia Clarke, and start your own charity organization:

About 2,000 people donated to Emilia Clarke's charity, since the campaign launched last week.

It’s a far cry from the 1.6 million fans who signed the petition to remake the final season of "Game Of Thrones," but, hey, it’s a start. https://t.co/XZVhdnGXbr

So, where’s all this going? Mostly I just wanted to get all of the bad out of the way so that we can talk about the fact that fandom is good, and a few sniveling children aren’t going to take away the innate potential for positive change within it. This isn’t a #NotAllFans situation. It’s a refusing to let something that has done great things be hijacked by a few very loud upstarts who think they’re entitled to everything always conforming to what they want.

Let’s start small-scale: fan outcry has saved a whole lot of media. I know I said “small,” but please take a second to understand just how many jobs that is. Sense8, Brooklyn 99, and Timeless are just a few from recent memory. Veronica Mars fans crowdfunded not just an entire film in record time, but two books, as well. Because of that positive outcry, the series also got a revival season, which recently dropped on Hulu. Those passionate voices can be, and often are, used for good.

The cast of ‘Supernatural’ in a group photo promoting their marathon for charity (Courtesy: Misha Collins)

We’re a film site, but I can’t talk about the positive change that fandom has brought about without at least acknowledging what Supernatural has done for the world. Misha Collins, Jensen Ackles, Jared Padelecki, and the rest of the Supernatural Family haven’t just founded or raised millions for charities like Random Acts, GISHWHES, To Write Love on Her Arms, and dozens of others, they’ve also created a sturdy support network that focuses on mental health awareness and emotional support. In fact, at their very last San Diego Comic-Con Hall H panel this weekend, the last thing Collins said to their audience was to ask them to remain a family long after the show ends, and to continue to do good in the world in the name of the #SPNFamily. That’s powerful.

They’re not the only ones at the CW Network doing good, either. Stephen Amell raised so much money for the charity F*** Cancer that they literally made him a board member. Do those fandoms contain a few buttheads? Oh yeah, you betcha. But the good that they’ve brought about in this world is far greater.

Some folks take superhero roles as just a job, and there’s nothing ostensibly wrong with that. But then there are the actors who see the mantle they’ve taken on as a sort of responsibility. I know I’m talking about the actors and not the fandom here, but there’s a point coming. Kindness begets kindness, and those who see their roles as a responsibility have helped inspire generations of fans. I’m from Aurora, (yes, that one), and when our theater was shot up, Christian Bale and his wife got on a plane notifying neither their publicists or the media. It didn’t stay quiet for long, but when it did get out, Bale simply asked that he and those in mourning be given privacy so that they could pay their respects. Grieving people who had just seen the worst that something they loved could inspire were immediately shown the best of it.

Meanwhile, you see hero after hero heading to hospitals to visit sick children. This is once again a direct action of the actor rather than fandom as a whole, but think of what that kindness can inspire. “It’s just hope,” is such an easy and flippant thing to say. But the thing about hope is that it can change the whole world. And more actors are taking up the capes and cowls every day, stepping into inspiration roles and whose influence will continue to inspire fans to follow in their footsteps.

For all the bad publicity the Star Wars fandom has generated in the last few years, from chasing Vietnamese-American actor Kelly Marie Tran off social media or the calls to fire Rian Johnson and remake The Last Jedi, there is so much better. Take the 501st Legion, for example. They might look like a bunch of stormtrooper baddies, but they do their best to use the Empire to do good alongside their sister organization, The Rebel Legion. With over 13,000 active members all over the world, the 501st has donated over 500k man hours since 2016 and raised over $2 million for their respective charitable causes.

Inspired by the 501st and The Rebel Legion is Star Wars: Force for Change. While this one is officially run by Lucasfilm and Disney, their donations come from the fans. The organization raised $4.2 million in its first year alone, and has since expanded as the third trilogy has grown in popularity. That’s a whole lot of credits, and that’s just between the three biggest Star Wars-centric charitable organizations.

Which Fandom Is Next? Looking At You, Marvel

Who’s next? Marvel seems like the right direction in which charitable fandom could head. We’ll keep it limited to the movies (though I do highly recommend you look up the charitable impact of Stan Lee’s life). The MCU has a whole host of activists involved in its ranks, all of which have used their involvement with the franchise to drive awareness and participation in things like standing against global warming, ending childhood hunger, addiction awareness, voting initiatives, and a hell of a lot more.

Remember that one year we were all exhausted by the Super Bowl because no one who doesn’t live in Seattle or Boston wants a Seahawks vs. Patriots game? Chris Evans and Chris Pratt used everyone’s exhaustion and turned it into something good, driving fans to donate to Christopher’s Haven and Seattle Children’s Hospital during their epic Super Bowl bet.

Meeting Captain America and Star-Lord is an experience our patients will always remember. #TwitterBowl pic.twitter.com/iDJWJ4UGbs

Cosplayers around the world dress up as their favorite characters across fandoms to donate their time to charity around the world. You can’t go to a political march without seeing the hope that the Rebellion of Star Wars has inspired. Representation in media might bring out some crappy comments from a few sour grapes, but it also shows fans who have rarely seen themselves represented on screen that they can be a powerful instrument for change, helping drive inclusivity and goodwill among their fan community.

What I’m saying here, is that fandom evolves and can even save lives. Bitter folks who have “grown out” of the fandoms they refuse to abandon can grouse all they want. There’s not a snarky fan-petition so strong or bigoted group so loud that we should allow a word that has inspired such positive change to be coopted by negativity. Fandom’s not going anywhere, and it’ll keep changing the world with or without the toxic minority.