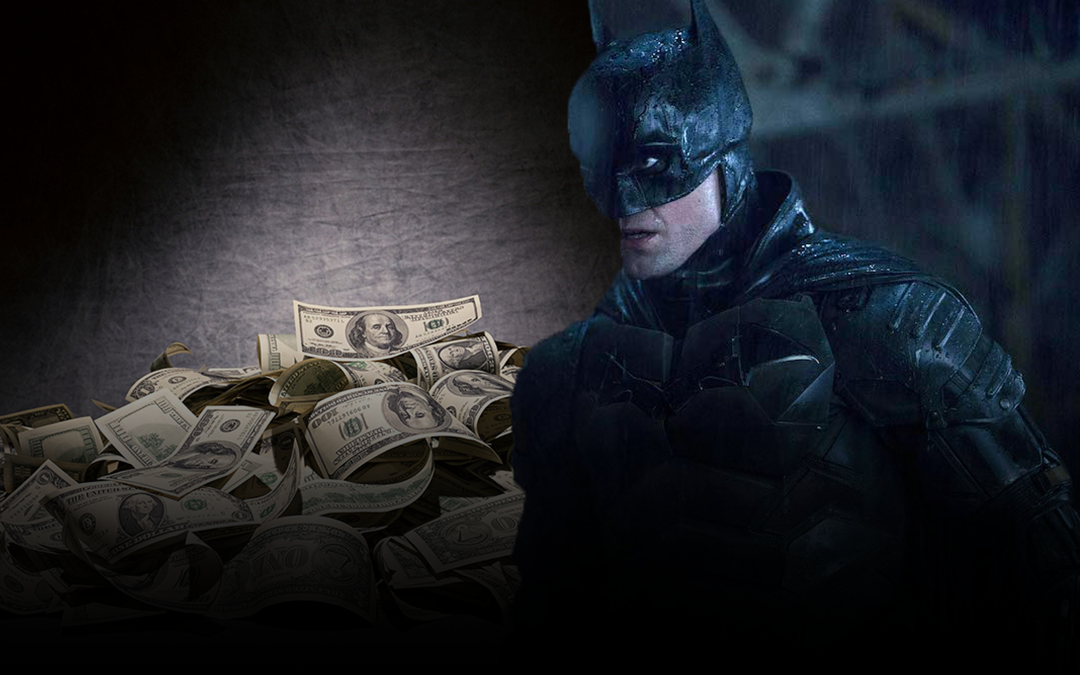 News Of The Week: ‘The Batman’ Banks At The Box Office

March is in full swing and Hollywood is heating up for the final stretch of the 2022 awards season with tons of big news for your eyeballs. Exciting projects are on the horizon this week, with the headlines bringing big casting announcements for two huge blockbusters, first looks (and a trailer) for a Star Wars TV show and a Disney live-action joint, and The Batman crushing it at the box office in its opening weekend. As always, Atom Insider brings you a few hand-picked stories we think you’ll like. Ready? Let’s dive in.

Florence Pugh is one of the hottest actors in Hollywood and she may have her next project lined up. After the wild success of Dune: Part One, it’s been reported that Pugh is in talks for the role of Princess Irulan in Dune: Part Two. Unsurprisingly, Princess Irulan is a major character in the Dune world, the daughter of Emperor Shaddam and a Bene Gesserit who later becomes Paul Atreides’ wife to secure the throne. In the books, she also acts as the series’ de facto narrator, with each chapter opening with a passage by her.

Both Dune and Pugh have had big years. After exceeding expectations in its opening weekend, Dune was immediately greenlit for a sequel. It has since gone on to be nominated for a whopping nine Oscar nominations, including for Best Picture. Meanwhile, Pugh reprised her role of Yelena Belova from Black Widow in Marvel’s Hawkeye series. She’s currently shooting Christopher Nolan’s biopic Oppenheimer based on the life of Manhattan Project head J. Robert Oppenheimer.

Hot off his lauded turn as the titular character in Peacemaker, the spinoff series of The Suicide Squad, John Cena’s star just keeps growing. He recently joined the live-action/animated hybrid movie Coyote vs. Acme based on the beloved Looney Tunes character. Now, he’s being joined by two more familiar faces: To All the Boys I’ve Loved Before‘s Lana Condor and MacGruber‘s Will Forte. Dave Green is set to direct off a script with Samy Burch. Cena and James Gunn will reteam for the projet with Gunn set as a producer alongside Chris DeFaria.

The story is set to follow Wile E. Coyote, the hapless but determined coyote bent on catching the Roadrunner. After he gets flattened or blown up by ACME Corporation equipment failing on him one too many times, he hires a billboard lawyer, played by Forte, to sue the company. Cena will play the intimidating former boss of Forte’s character, who is pitted against him and Wile E. Coyote. It’s not yet known who Condor will be playing. The movie is set for release on July 21, 2023.

‘The Batman’ Makes Box Office Bank In Its Opening Weekend

Even if movie theaters aren’t yet back to full strength, one genre seems to be bulletproof and that’s superhero movies. Matt Reeves’ The Batman made bank in its opening weekend. Warner Bros.’ latest opened to the tune of $134 millon domestically and $124 million internationally for a $258 million first weekend total. That’s good enough to be the pandemic era’s second-biggest opener behind Spider-Man: No Way Home, Warner Bros.’ biggest of the pandemic era, and Matt Reeves’ best movie opening ever. Attendance is expected to drop about 50% in its second weekend and estimated to bring in about $67 million, still an impressive number. Considering it doesn’t encounter any real competition until March 25 when the Sandra Bullock-Channing Tatum adventure comedy The Lost City hits theaters, The Batman is free and clear to rack up more at the box office over the next few weeks. It will be interesting to see how it fares over the month.

First Look at Tom Hanks As Geppetto In Live-Action ‘Pinocchio’

Disney’s live-action remake train just keeps rolling and while upcoming movies like The Little Mermaid and Snow White are getting most of the buzz, there’s also Robert Zemeckis’ Pinocchio. During its Investor Day call, Disney+ released the first look at Tom Hanks in the role of Geppetto, the kindly old woodcarver who made Pinocchio and treats him as his own son.

Along with Hanks, Pinocchio boasts an all-star cast: Benjamin Evan Ainsworth voices Pinocchio; Joseph Gordon-Levitt as Pinocchio’s guide Jiminy Cricket; Cynthia Erivo as the Blue Fairy; Keegan-Michael Key as “Honest” John, and Luke Evans as The Coachman. Lorraine Bracco will voice new character, Sofia the Seagull. That’s quite a few Oscar nominees and winners in that cast. The movie is set to be a retelling of the beloved story of a wooden puppet who sets out on an incredible adventure to become a real boy. While no exact release date has been set yet, Pinocchio is expected to debut exclusively on Disney+ some time later this year.

Pinocchio wasn’t the only upcoming Disney project to unveil a first look yesterday. The highly anticipated Obi-Wan Kenobi series also brought its first looks and the first teaser trailer for the show which will see Ewan McGregor reprising his titular role. The series, set after the Star Wars prequel trilogy, is set to follow Obi-Wan as he lives in hiding on Tatooine, secretly watching over Luke Skywalker as he grows. However, just because it’s been a decade doesn’t mean Imperial Inquisitors have stopped hunting him. Check out the first action-packed trailer – blessedly, it shows Obi-Wan will get off the sand planet for at least a little while.

In another big piece of casting news from the week, Sony Spdier-Man spinoff flick Kraven the Hunter has added Christopher Abbott to the cast. It’s not been confirmed, but Deadline reports he’ll be playing The Foreigner, the main villain of the movie and one of Spider-Man’s foes in the comics. The movie, which has seen a slew of casting additions in the past few weeks, is directed by J.C. Chandor. Already added to the cast are Ariana DeBose, Russell Crowe, Alessandro Nivola and Fred Hechinger. Aaron Taylor-Johnson was tapped to play the titular sometimes villain, sometimes antihero early on in.

As for The Foreigner, he’s had a significant part in a number of Spider-Man comics in recent years. He has no superpowers, but he is a skilled assassin and master martial artist. He’s crossed paths with Kraven a few times, though not as often as Kraven’s brother, Chameleon, Silver Sable, and Spider-Man. It will be interesting to see how Sony reimagines the story from the comics without Spider-Man–unless, of course, the project were secretly to add Andrew Garfield after the huge renewed interest in his returning to the role of Peter Parker after Spider-Man: No Way Home. That would certainly be fun.

Doctor Strange in the Multiverse of Madness – Official IMAX Trailer

Put this movie in our eyeballs right now.

This looks like a rowdy great cult classic in the making.

How is this the first time we’ve ever gotten Keanu Reeves voicing Batman before?