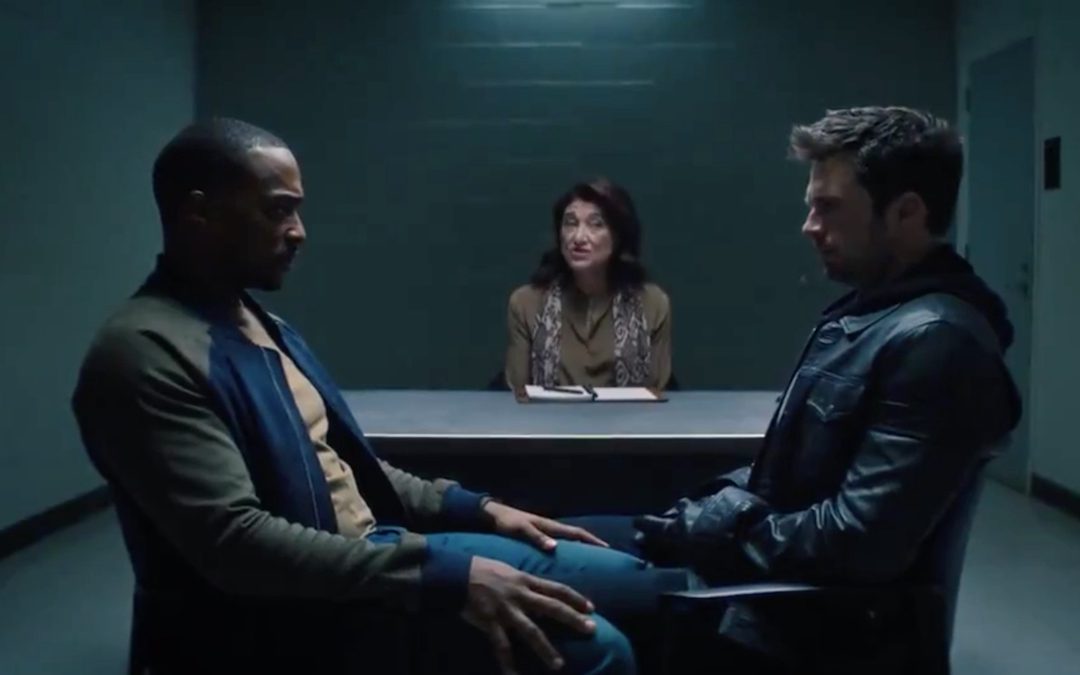 Super Bowl 2021 has come and gone. The Tampa Bay Buccaneers defeated the Kansas City Chiefs, the champs led by Tom Brady, who won his seventh Super Bowl trophy at roughly the age of 328. While the game was far different this year thanks to the COVID-19 pandemic necessitating some major changes, one thing remained the same: new movie and TV trailers.

In case you missed a few, no worries. Just dive into this roundup of the movie & TV trailers that aired during Super Bowl 2021.

The Falcon & The Winter Soldier

It wouldn’t be a modern-day Super Bowl without something from Marvel, even if it’s not one of their big-budget movies. Next up for Marvel’s Disney+ series is The Falcon & the Winter Soldier, which follows Sam Wilson, a.k.a. Falcon, and Bucky Barnes, a.k.a. Winter Soldier, as they attempt to carry on the legacy of Captain America, who they both just knew as their friend, Steve. However, their plans might be thwarted by the reemergence of a Marvel baddie from the past: General Helmut Zemo.

Sticking under the Disney umbrella, Disney Animation’s Raya and the Last Dragon also aired a TV spot. Its first trailer just dropped a few weeks ago so the Big Game ad was only a 30-second spot. Still, it was more than enough to be swept away by the mesmerizing visuals and stunning animation of the studio’s latest. In the ancient land of Lumandra, the warrior named Raya is determined to find the last dragon in order to unite the people of her land. The visuals look to be as epic as the story itself.

La familia is back, and so is Han. Not to be outdone, Universal also dropped a new TV spot for F9 to remind everyone the movie is finally hitting theaters in late May. This time, Dominic Toretto’s crew must contend with the most dangerous adversary of all: family. When Dom and Mia’s estranged brother, Jakob, reemerges and joins forces with Cipher to take Team Toretto out, it threatens to upend their lives for good.

The sequel 32 years in the making dropped a second trailer during the Super Bowl. Eddie Murphy and Arsenio Hall return in Coming 2 America three decades after the classic fish-out-of-water story for another comedic caper. This time, Prince – now King Akeem – learns he has a long-lost son living in the United States. Akeem must return to America to meet the new heir and, as one might expect, hilarity ensues.

Breaking Bad and Better Call Saul star Bob Odenkirk finally gets his big action break in Nobody, an R-rated shoot-’em-up. He stars as Hutch Mansell, an underappreciated and mousy family man. When a violent event causes something in him to snap one day, however, his long-simmering rage rises to the surface and Hutch becomes one-man action machine as he fights to protect his family from a dangerous drug lord.

One thing you know you can count on with an M. Night Shyamalan movie is that it will have a mystery at the heart of it and a weird twist. Judging from the Super Bowl spot, Old might be one of the weirdest films he’s done yet. A family heads on what they think will be an idyllic tropical holiday. However, they quickly find something is very, very wrong with the secluded beach and they begin to age rapidly, with their lives threatening to be snuffed out within a day if they can’t find their way out of the nightmare.

Silence of the Lambs fans can look forward to spinoff series Clarice premiering soon – this week, in fact. Interestingly, the CBS series isn’t a prequel but is set a year after the events of Silence of the Lambs, following FBI agent Clarice Starling as she finally returns to the field after her harrowing experience with Hannibal Lecter and Buffalo Bill. After the cult love for Hannibal, it remains to be seen if Clarice will generate an equally loyal fanbase.

And finally, the briefest of TV spots for Paramount+’s upcoming Yellowstone: 1883. As one might have guessed from the title, it’s a prequel to hit series Yellowstone (the teaser describes it as being the “origin story”). Story details are scarce so far, but it aims to tell the story of the Dutton family before they founded their ancestral cattle ranch in Montana.

Everything may still be weird but it’s good to know we can always count on great Super Bowl trailers.