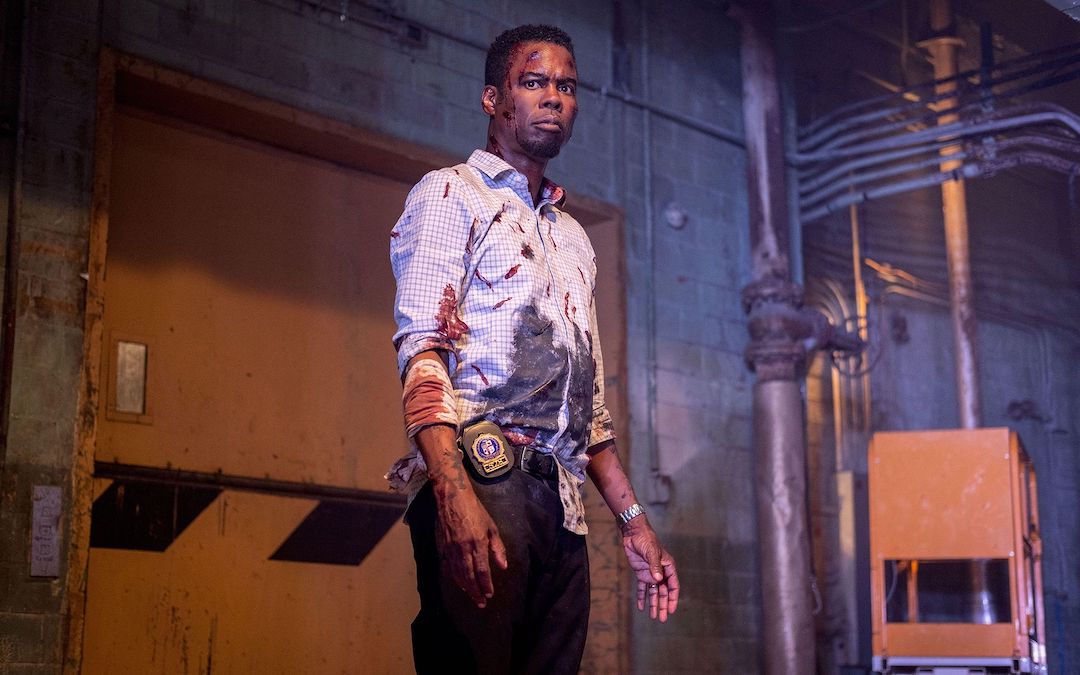 When Spiral hits theaters this weekend, plenty of audiences may not know its full title is Spiral: From the Book of Saw. But it is indeed part of the Saw franchise, and it aims to push the 17-year-old franchise in a new direction. It’s important to note that while this is set in the same Saw universe, it doesn’t follow the main story. While all the characters in Spiral were alive while Jigsaw was designing and pulling off his horrific killings, it’s an entirely new set of characters and a new killer – in other words, adjacent to the main Saw storyline but not part of it.

Chief among those new characters is Chris Rock’s Detective Zeke Banks. Interestingly, it was Rock himself who pitched his vision for a new take on the Saw movies a few years ago, and Lionsgate liked what they heard. Peter Goldfinger and Josh Stolberg got sole credit for the script, but Rock has an EP title on the film, as well as stepping into the lead role. The result is a movie that is a little more socially conscious, a little more updated, and a little more focused on cop rather than killer. There’s still enough gore to satisfy classical Saw fans, but it’s being touted as more of a thriller in the vein of, say, Se7en or The Silence of the Lambs than the torture porn fest of the previous films.

Detective Banks is a veteran homicide detective who has been somewhat embittered by the fact he seems to be the only cop left in his department who still has his integrity and whose moral compass has been left intact. The movie opens with a horrifically gruesome murder scene – it is still the Saw franchise, after all – and Banks discovers the victim was a crooked cop, one who used to line his pockets and lie on the witness stand. Soon, Banks and his rookie partner, Detective Schenk (Max Minghella), are hunting for the killer all over the city, stumbling across blue boxes containing body parts of dirty cops. Clearly, someone has an ax to grind and a clear message to send about the rampant corruption in the police force.

With Spiral, Rock and Co. hope to reinvigorate what has become a tired franchise. Saw 3D already felt like the natural end of the franchise back in 2010, billed as “the final chapter” of the Saw franchise. Then the studio tried to resurrect it long enough to wring one last drop of box office success out of the franchise with 2017’s ill-conceived Jigsaw, which saw the previously very dead Jigsaw killer character magically trotted out one last time. After that, it appeared the franchise had been killed twice over and never again resurrected with Hollywood voodoo magic.

But Spiral approaches the gory murders through a more modern and, some might say necessary lens. Instead of forcing the victims to question how much they value parts of their body, the new killer forces them to question how much they value their institutions they hold dear and the people in it, their loved ones. The killer’s focus is less on the individuals themselves, but more about what they represent: a corrupt system that has hurt countless people. With crooked cops as the focus of the new killer’s ire, it’s all too relevant and timely for the current stories of police brutality and police union corruption capturing headlines around our country.

At its heart, the Saw franchise has always been about an eye for an eye, a brutal, Biblical sort of twisted revenge. In our day and age of powerful men seemingly forever getting away with their crimes, and then shutting the door of the justice system behind them so no one can come in and fix things, watching bad men gets what’s coming to them can feel less like a gory horror fiction and more like a cathartic, primal justice fantasy. For Zeke, it forces him to question whether or not he’s even doing the right thing by trying to stop the killer, or if the killer isn’t entirely in the wrong. And just as Zeke grapples with these weightier questions, Spiral forces the same thorny question upon the audience: Who is the greater villain? The killer, or the killed?

Spiral is in theaters Friday, May 14.

Get tickets to Spiral.