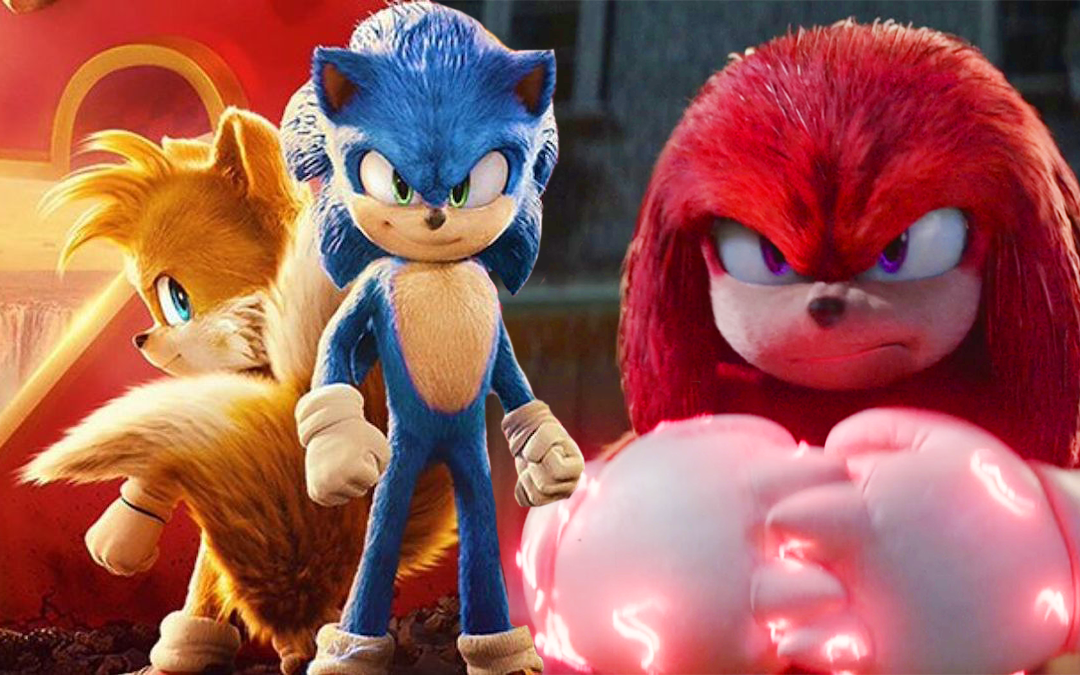 Sonic the Hedgehog 2: Everything You Need To Know About Knuckles & Tails

Sonic the Hedgehog 2 is soon to speed its way into theaters, and with it comes new characters on a new adventure. Ben Schwartz is back as the voice of Sonic, who has settled into his life in Green Hill with the town sheriff, Tom Wachowski (James Marsden), and his veterinarian wife, Maddie (Tika Sumpter). The town is saved, Sonic is a hero, and Dr. Robotnik (Jim Carrey) is trapped in another world. But the peace of Green Hill is upended when Dr. Robotnik finds a way back, and this time, he’s brought an ally in the form of Knuckles the Echidna (Idris Elba). It’s up to Sonic and his best friend, Tails (Colleen O’Shaughnessey), to team up and fight their foes in order to stop Dr. Robotnik from getting his hands on the Master Emerald and unleashing chaos upon the world.

With a couple of new characters from the video games making their way to the big screen in the sequel, audiences who aren’t familiar with the games might be left a little in the dark. Before heading to theaters to see Sonic the Hedgehog 2, here’s what you need to know about the two new characters, Tails the Flying Fox and Knuckles the Echidna.

Who Is Tails The Flying Fox?

Technically, Tails isn’t brand-new to the Sonic the Hedgehog live-action movie franchise as he was first glimpsed in the post-credits scene of the first movie. But Sonic the Hedgehog 2 is the first proper introduction of Miles “Tails” Prower, voiced by Colleen O’Shaughnessey in the movie just as he is in the video games.

Tails is Sonic’s best friend, and their friendship has helped Tails to grow. When Tails was born, he was born with the rare condition of having two tails, which led to him being bullied and teased often as a kid. As a result, Tails was shy and timid, unwilling to speak up for himself until he met Sonic. One day, he saw Sonic run past and the hedgehog’s super-speed impressed Tails so much that he became determined to be as cool as Sonic the Hedgehog. Eventually, Tails and Sonic became best friends and allies, and Tails helps Sonic on most of his adventures. Since growing close to Sonic, Tails has become braver and more independent in his own right, though his nature is still gentle and sweet.

That doesn’t mean that Tails is just a hanger-on, however. Tails is a valuable ally. Using his twin tails like helicopter rotors, Tails is able to fly at high speeds through the air or over the ground, fast enough to keep up with Sonic for a time, or can use them to propel himself quickly underwater, though he does get fatigued if he goes too fast for too long. Tails is also a skilled aerial pilot when he’s not flying himself, able to fly or drive almost any vehicle put in front of him. It helps that he’s a master mechanic and physicist, often helping Sonic out of any jam he gets into. As an engineering whiz, he’s happiest when he’s making fantastic creations in his workshop. In fact, he’s so skilled that the only time in which he ever shows a little bit of attitude is when he’s mocking Eggman/Dr. Robotnik and his inferior creations.

Who Is Knuckles The Echidna?

Where Tails is Sonic’s best friend, Knuckles the Echidna is Sonic’s adversary–at least in Sonic the Hedgehog 2, which made the inspired decision to cast Idris Elba as the voice of Knuckles. Initially, Knuckles and Sonic were at odds with each other thanks to Dr. Egghead filling Knuckles’ head with lies, but the hedgehog and the echidna have since become close friends and allies–even if there’s sometimes still a bit of a rivalry between them.

In many ways, Knuckles is far more adult and mature than Sonic and Tails as he’s the sole surviving member of the Knuckles Clan of echidnas that once inhabited Angel Island. As such, he’s been tasked with his clan’s sacred duty of staying on the island, which floats in the sky, and protecting the legendary and powerful Master Emerald. For as long as he can remember, Knuckles has always been on the island, largely solitary and alone, sworn to watch over the jewel. As such, while he is stoic, tough, and loyal, he’s also sometimes very naive when it comes to socializing and has easily been tricked.

Even though he’s a little naive–and sometimes hot-headed–Knuckles is incredibly powerful. His most notable ability is his superhuman strength and his incredible power. Knuckles is so strong he’s been known to sometimes fight and beat stronger opponents due to his incredible stamina ensuring he never gets tired. His strength is such that he’s able to punch through steel and break giant boulders apart with a punch, lift objects many times his weight above his head; his strength is said to be proportionate to the level of Sonic’s speed. Such is his power that he can create earthquakes and fissures in the ground when he punches it, and can even cause volcanic eruptions. Likewise, when he throws an object, he can hurl it so fast that the friction from the air can set it alight. He’s also incredibly fast and a strong swimmer, though it’s his strength that is by far his greatest advantage in a fight.

Sonic the Hedgehog 2 is in theaters on Friday, April 8.

Get tickets to Sonic the Hedgehog 2 now.