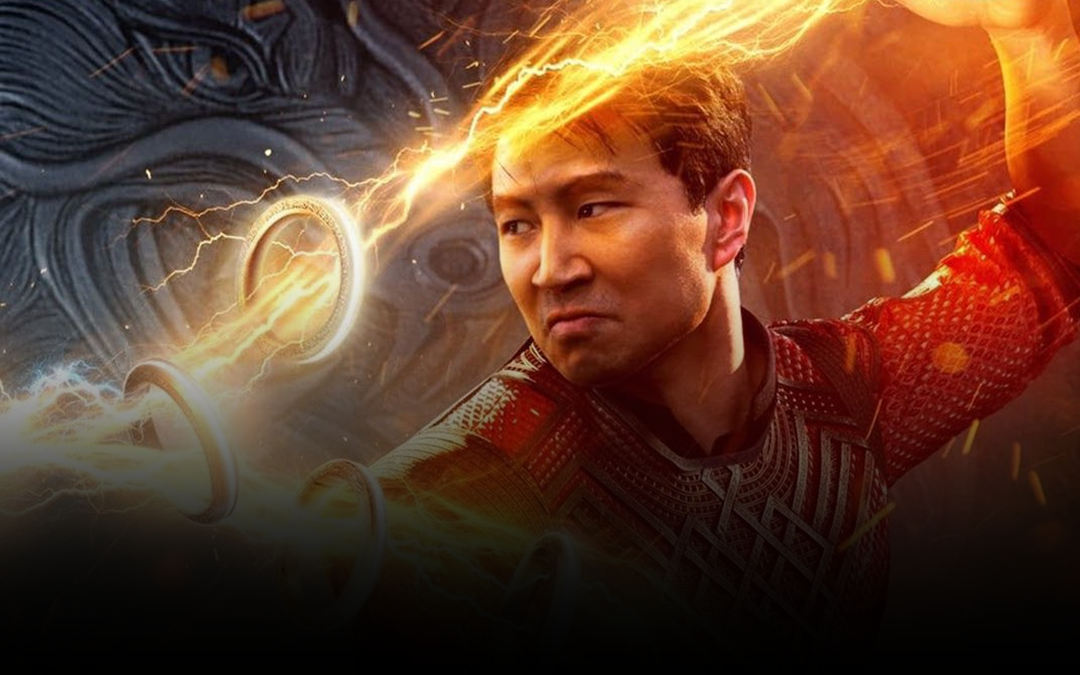 December is in full swing, which means Hollywood is also in full swing for the holiday movie season. Huge, record-breaking tentpoles, heartwarming family fare, and awards season hopefuls are all around the corner. It all means news continues to flow. As always, Atom Insider is bringing you a few hand-picked stories we think you’ll like. Ready? Let’s dive in.

Tom Holland may very well be the busiest person in Hollywood. He’s currently anchoring two different mega-franchises as the current iteration of Spider-Man and soon to play a young version of Nathan Drake in Sony’s Uncharted adaptation. In between, he’s worked in a few indie films and voice roles in multiple animated films. Now, he’s adding a splashy biopic to his resume. After Sony producer Amy Pascal said that she’d love to work with Holland for a Fred Astaire movie she’s working on, Holland himself has now confirmed he’ll be playing Astaire to AP during a red carpet event for Spider-Man: No Way Home. The project is still in the early development stages; Holland hasn’t even read the script yet, telling reporters that it only came in a week ago.

It’s hard to imagine anyone else better suited to play the iconic song-and-dance man and consummate entertainer. Along with Gene Kelly, Astaire is arguably the best-known dancer and classic movie musical lead in Hollywood history. He starred in over 30 movie musicals, often partnered up with Ginger Rogers, as well as being a star on Broadway the West End. He was known for his fluid, elegant style of dance that melded ballet, tap, and ballroom, his grace making it look easy. Though Holland is, of course, a modern dancer, his stage background will lend itself to the young actor transforming into the legendary Astaire.

‘Shang-Chi 2’ Is Officially In The Works

After his first Marvel hit with Shang-Chi and the Legend of the Ten Rings, director Destin Daniel Cretton and Marvel are apparently ready to take their relationship to the next level. Deadline revealed that Cretton is back in the saddle for a Shang-Chi sequel, which Marvel has officially greenlit. There are no details as to whether or not Cretton and Marvel have any ideas yet for the sequel’s story, but both sides are clearly excited to be working together again.

Interestingly, Shang-Chi 2 is just one project Cretton will be working on for Disney. He actually signed an exclusive multi-year, overall deal to develop content for Marvel Studios and Hulu’s Onyx Collective, a collective focused on creating and developing projects from artists of color and other underrepresented voices. Along with Shang-Chi 2, Cretton is reportedly working on developing a Disney+ series for Marvel, though it’s unknown what it is. He’s already working on the series American Born Chinese for Disney, an action-comedy based on Gene Luen Yang’s 2006 graphic novel. He’ll also be working on developing series and films for Onyx across various platforms, joining a stable of notable creators of color.

After her breakout performance helming Marvel’s The Falcon and the Winter Soldier series for Disney+, diretor Kari Skogland has her next project lined up and it’s a big one. She’s set to direct Paramount’s biopic Cleopatra, starring Gal Gadot as the legendary ruler of Egypt and daughter of Macedonian Greece. Skogland steps into the role vacated by Patty Jenkins, who relinquished direcing duties to focus on her next two projects, Wonder Woman 3 and Star Wars spinoff Rogue Squadron, but who is remaining on board as producer. Paramount is high up on his project, which explains why they wouldn’t wait for Jenkins’ schedule to clear up. The package, with a script written by Laeta Kalogridis, was the prize in a fervent bidding war last fall. Reportedly, it was the scope of The Falcon and The Winter Soldier that won Skogland the Cleopatra gig, which makes sense.

Cleopatra’s life was one lived on a grand scale at a pivotal time in history. When their father Ptolemy XII Auletes, the pharaoah of Egypt, died, Cleopatra and her brother battled for the throne of Egypt. Cleopatra won the battle by personally appealing to Caesar. Her rule was a dramatic one. Upon taking the throne, she was immediately faced with enormous challenges, including famine, the Nile River flooding, and the lawless behavior of the Gabiniani, Roman soldiers who had been abandoned in Egypt and assimilated into the culture but left without jobs once the empire departed. She was a lover of both Caesar and later Marc Antony, leading to their infamous downfall together. There’s no release date for Cleopatra yet, but it woulnd’t be a surprise to see it in theaters as early as 2023.

Dave Bautista To Star In M. Night Shyamalan’s Next Film

Dave Bautista has quietly become one of the most sought-after actors in Hollywood. He has his next splashy gig, and it’s one that may surprise people. Deadline reports that Bautista is set to star in M. Night Shyamalan’s next film Knock at the Cabin. As with all Shyamalan projects, the details of this one are being kept top-secret, but, considering it’s Shyamalan, it’s a fairly safe bet to assume it’s a horror/sci-fi-thriller. Bautista was reportedly quick to jump at the opportunity to work with the director, and it’s easy to see why. Shyamalan’s movies have been divisive over the years, with him making as many box office flops as iconic hits, but it’s unable to be argued that his ideas are always original and brilliant, if not always able to stick the landing. The chance to work with a director who is one of the few filmmakers who still continues to churn out bold, original stories is something most actors would embrace. With joining Knock at the Cabin, Bautista continues to have a busy 2021. He’s starred in Denis Villeneuve’s Dune and Zack Snyder’s Army of the Dead this year, recently wrapped shooting Knives Out 2 with Rian Johnson, and is currently filming Guardians of the Galaxy Vol. 3 with James Gunn and the Army of the Dead: Lost Vegas spinoff series.

The fervent hype around Spider-Man: No Way Home continues to build. Not only did ticket sales turn into a frenzy on the first day here in the United States, but the film has also broken multiple oversease presales records. The international rollout for the latest Sony-Marvel Spider-Man flick will begin December 15, a few days before the domestic release on December 17. In the first 24 hours of tickets being on sale, No Way Home reportedly broke presales records in multiple markets, including the UK, Mexico, Spain, Brazil and Central America, as well as crashing ticketing websites in a number of places. In Mexico, for example, the first 24 hours of presales netted $7 million, which is 40% more than even presales for Avengers: Endgame. That tracks with the numbers we saw with the release of the first Spider-Man: No Way Home trailer; the teaser generated an all-time record of 355.5 milion views in the first 24 hours after it dropped. With those numbers and that hype, it’s possible that Spider-Man: No Way Home will surpass the box office of Spider-Man: Far From Home, even with the Omicron variant surging. That movie made $1.13 billion at the box office, becoming Sony’s highest-ever-grossing movie. It’s also worth noting that all these huge presales numbers around the world don’t even include China, which has not yet set a release date for the upcoming Spidey movie, but it very well could break records for a Marvel movie there, too: China accounted for over $200 million of Far From Home‘s global box office total.

After a few years of being relatively quiet save for The Mandalorian, the Star Wars universe is heating up again, especially on Disney+. Lucasfilm has multiple exciting Star Wars series coming soon, including The Book of Boba Fett, Obi-Wan Kenobi, and Andor, a spinoff series based on Rogue One‘s Cassian Andor. Now, one of its more mysterious series looks set to lock down its first official cast member. Amandla Stenberg is reportedly in talks to join the cast of The Acolyte, though it’s not clear if the role she’s in talks for is the titular one. The Acolyte is set in the High Republic era of Star Wars, and set to focus on the emergence of mysterious dark side powers. In Star Wars canon, an acolyte is a young apprentice training under a Sith Lord. Interestingly, the working title for the project was “Paradox,” which indicates perhaps the story can be about the young acolyte feeling torn between the dark side and the light. If that’s the case, it’s the first time a Star Wars live-action project has focused on a dark side/Sith protagonist, which is an interesting break from the norm. Stenberg most recently appeared in the movie adaptation of Broadway musical Dear Evan Hansen, and is also known for The Hate U Give, The Darkest Minds, Everything, Everything, and TV show Sleepy Hollow. Her breakout role, of course, was playing the beloved and doomed Rue in The Hunger Games.

And now, onto trailers and clips of the week!

It sure looks like the theory that Trinity is the new incarnation of The One could be true.

Spider-Man: Across The Spider-Verse (Part One) – First Look Teaser Trailer

There’s no way Miles Morales doesn’t cross over into the MCU at some point, right?

The Book of Boba Fett – ‘The Return’ Trailer

It will be great to see Temuera Morrison and Ming-Na Wen on screen again.

This is going to be such big, over-the-top fun.