September is the traditional back-to-school month and that means the stream of blockbusters that floods movie theaters all summer slows down. Still, that doesn’t mean this September isn’t still packed with great movies. A brand-new Marvel hero kicks things off early in the month, and other highlights include a new James Wan original horror movie and an adaptation of a beloved Broadway musical. But the month holds something for everyone, with comedy, gritty action, a biopic, an intense thriller, and a Clint Eastwood neo-Western all hitting the big screen.

Shang-Chi and the Legend of the Ten Rings – Release Date: Friday, September 3

Simu Liu steps into the spotlight as Marvel’s newest hero in Shang-Chi and the Legend of the Ten Rings. Shang-Chi left his home in China 10 years ago to forge a new life for himself in America. But his past catches up to him when his father, the power-hungry Mandarin, tracks down Shang-Chi and his sister, Xialing, in order to bring his children home again to help aid him in a new plot that will give him terrifying power. Wuxia fantasy meets Jackie Chan-esque martial arts fight scenes in one of Marvel’s most eye-popping movies yet.

James Wan is getting back to his original horror roots with Malignant. A woman named Madison suddenly begins to be paralyzed with terrifyingly realistic and gruesome nightmares of people being murdered. However, her nightmare turns into a waking horror when she realizes the nightmares she’s having are actually happening in real life. It forces her to uncover the repressed memories of her troubled childhood that might hold the key to what’s happening to her now.

William Tell is a former soldier with a dark past he’s trying to put behind him in The Card Counter. He just wants a simple, orderly life traveling around and playing cards.. His sparse existence making his rounds on the casino route is interrupted and calm upended when he’s approached by a young man named Cirk, who knows about his past and wants Tell to help him exact a plan of revenge against a former military colonel who has wronged them both. Tell sees bringing Cirk back to the light as a chance for redemption, but it proves harder to achieve than he thought and soon, it’s Tell getting dragged back to the horror and shame of his past.

Based on the incredible true story, Queenpins tells the story of Connie, a bored housewife, and her best friend JoJo, an aspiring vlogger, as they hatch a scheme to orchestrage a counterfeit coupon scam. After complaining about a stale box of cereal nets them a number of coupons and freebies, the two friends seize upon an idea to run a coupon racket and soon, they’ve turned it into a multi-million dollar scam. But a hapless loss prevention officer from the local supermarket chain and a U.S. postal inspector are hot on their heels, determined to take down the mystery scammers.

Clint Eastwood stars in his first Western in years with Cry Macho. It follows Eastwood’s Mike Milo, a former rodeo star turned washed-up horse breeder who doesn’t have much going for him. He takes a job to retrieve a young boy and get him away from his alcoholic mom, bringing him home to his father. Along the way, Mike and the boy form a bond and the aging rodeo star finds redemption in his grasp as he teaches the boy what it means to be a good man.

In Copshop, a backstabbing con man is on the run from a professional hitman who has been sent to kill him for his latest grift. He takes refuge in a small-town police station thinking he’ll be safe. But when the assassin shows up at the station, the con man finds himself in a three-way shootout when a rookie female cop finds herself caught in the crosshairs. It’s quickly made clear they each have a different – and deadly – agenda.

West meets East in Prisoners of the Ghostland. When bank robber Hero finds himself jailed in the frontier city of Samurai Town, he’s offered a chance at freedom by The Governor, a wealthy local warlord. However, Hero’s freedom comes with strings attached. He’s tasked with tracking down The Governor’s adopted granddaughter, Bernice, and bringing her back. With only five days to find her and being locked into a suit that will blow up if he’s not successful, Hero must travel into the dark, supernatural realm known as the Ghostland and break a curse in order to save Bernice.

Jessica Chastain is completely transformed and unrecognizable as the titular character in The Eyes of Tammy Faye. The biopic tells the story of the rise, fall, and redemption of the disgraced televangelist and her husband, Jim Bakker (Andrew Garfield), during the 1970s through the ’80s. Tammy Faye developed a legion of fans and followers thanks to her big hair, garish makeup, and gregarious nature, helping to build their church into a media empire. But scandal, sexual assault allegations, and claims of financial fraud eventually ruin the empire they built and Tammy Faye finds herself at rock bottom.

The movie verion of the Tony- and Grammy-winning hit Broadway musical comes to life. Dear Evan Hansen tells the story of Evan Hansen, a high schooler with severe social anxiety disorder. When a classmate commits suicide their senior year, it sends Evan on a journey of contemplation, self-discovery, and, ultimately, self-acceptance. 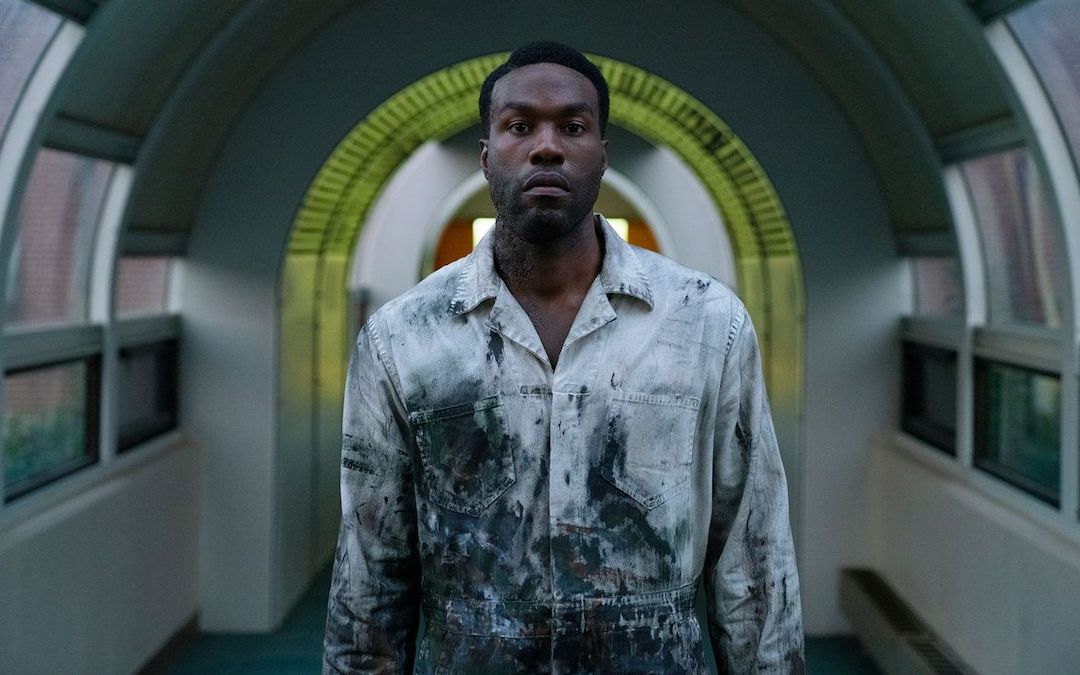