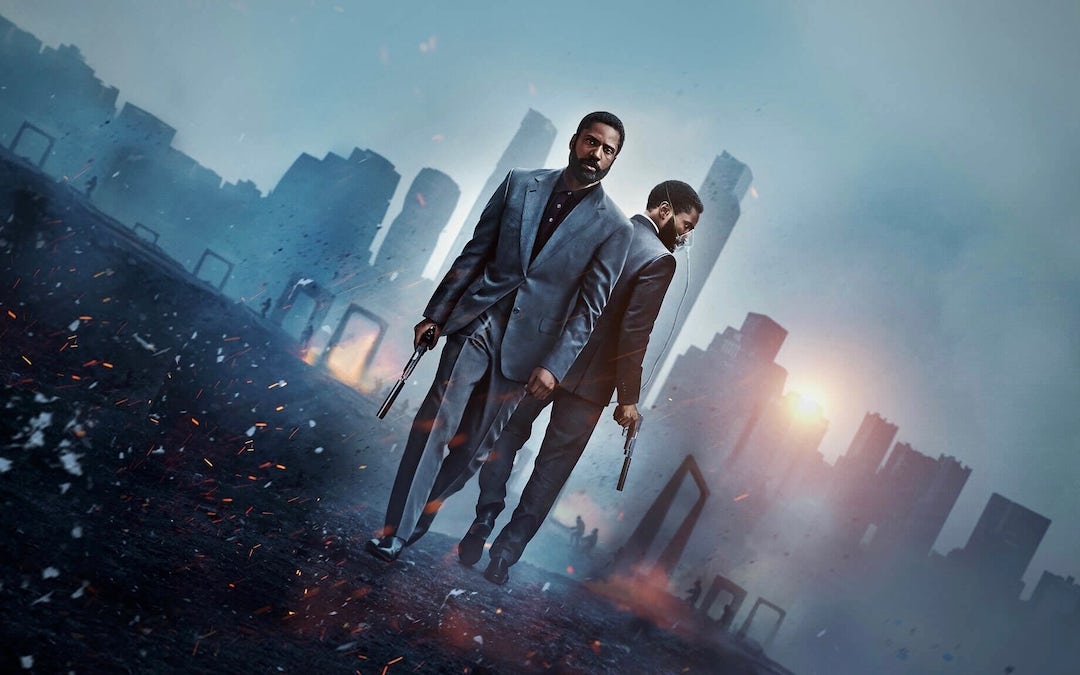 Theaters are oh-so-slowly opening up again and the month of September offers our first big test and tentpole with Warner Bros.’ Tenet. While the September movie releases outside of Tenet are indies and small-budget films, there are some quality gems getting a chance to shine that otherwise wouldn’t in normal times. Regardless, it’s nice to see new movies finally hitting theaters again instead of rereleases of classic and repertory films padding out the calendar.

With that said, here are all the movies coming to theaters in September.

(Note: Our usual format is to indicate when a movie is a limited release. However, since all movies are technically limited releases now with theaters remaining closed in a number of cities, we didn’t note it this month.)

Based on the book In the Blink of an Eye: Forgiveness in Black and White by J.T and Terri Lee Clark, My Brothers’ Crossing tells the true story of the tragic events that unfolded in August 2015 in rural Virginia. While leaving a football game with his son, C.J. Martin, a Black man, accidentally struck and killed Bobby and Pam Clark, a white couple, who had been riding their motorcycle on their way home from a church service. Both groups had to swerve around a detour and collided. What followed was a story of forgiveness and acceptance as Bobby Clark’s brother, J.T. Clark, showed up at Martin’s court date and offered to pay for his bail. As the two men processed their grief and shared tragedy, a bond was formed between them, inspiring the entire community to stand with them.

We know basically nothing about Christopher Nolan’s highly-anticipated and equally divisive and controversial film other than that it has an all-star cast, has Nolan’s trademark visual spectacle, and deals with a not-quite-time-travel process known as “inversion.” Even though early reviews have dropped (Note for our readers, we won’t have one as theaters aren’t open in Los Angeles and Warner Bros. did not offer screeners), we still know virtually nothing about the plot, both because critics didn’t want to spoil it and also because, like many Nolan movies, it’s difficult to summarize.

The Broken Hearts Gallery has some buzzy hotness attached to it with Selena Gomez on board as an exec producer. The rom-com follows Lucy, a 20-something living in New York City, who has saved a memento from every relationship she’s ever been in as she’s an emotional hoarder. But when she gets her heart ripped out and she’s dumped once again, it inspires her to start the Broken Hearts Gallery, a pop-up gallery for keepsakes from relationships past. Soon, word spread across the city and it inspires an entire movement for people who want to put the past behind them and start fresh.

A thriller set in the ’90s, Rent-A-Pal follows the depressing life of David. A bachelor in his 40s, David is awkward and isolated and trapped in a daily drudgery of living with and caring for his aging, ailing mother. He puts himself out there with a few video services and soon stumbles across a mysterious VHS tape for a service called Rent-A-Pal. The host and guide is a charismatic guy named Andy, who promises David a community of acceptance, companionship, and compassion. But Andy’s friendship has a sinister side and the price required is one that David struggles to pay.

This dramedy from New Zealand and Australia is a funny and touching look at a young Maori rapper, Elvis Peniaha, who’s struggling to get noticed. With little actual talent but an outsized ego and big dreams, he strives to make it big. After a stroke of good luck sends him back to his ancestral homeland of New Zealand, it gives him an opportunity to connect with his people and regain his roots as potential love, money, family and culture all fight for his time.

In 1966, young single mother Helen Reddy left her home in Australia to move to the sparkling lights of New York City in search of music stardom. What she found instead was an industry dominated by men who act as gatekeepers and don’t take her – or most women – seriously. But Helen soon finds a friend in legendary rock journalist Lillian Roxon and the love of her life in talent manager Jeff Wald. After a whirlwind romance, the two are married and move to California, where Jeff secures Helen a recording contract. Soon, Helen has a string of hit singles to her name, including the iconic ” I Am Woman.” But the pressures of fame and trying to be what a male-dominated industry wants her to be pushes her into a path of activism as she fights to control her own life and shape her own destiny.

The first animated movie on our list is a German animated kids movie with an English voice cast. It follows the exploits of Marnie, a sheltered house cat whose only knowledge of the outside world comes from unrealistic TV and movies. Soon, she and three other animals, the dog Elvis, rooster Eggbert and donkey Anton, are on the road and on the run. Loosely based on the fable “The Bremen Town Musicians,” it’s a fun road trip movie about four animals in way over their heads.

A remake of the 2014 Danish film Silent Heart, this family drama is both heartbeaking and hopefully. After terminally ill Lily decides to end her long, exhausting battle with ALS on her own terms, she gathers her family and friends one last time at their family beach house. Originally meant to be a fun and loving weekend celebrating her family, relationships become stained as her daughters grapple with unresolved issues between them and their dying mother. The story of unconditional love, reconciliation and making peace looks to be a tearjerker.

The Secrets We Keep

Fans of thriller and historically-based movies should enjoy this one. In the years after World War II, immigrant Maja is looking to rebuild her life with her husband, Lewis. Her life and family were both shattered during the war in the wake of atrocious war crimes committed against her and her loved ones, but Maja is trying to move past it and be happy with Lewis. However, Maja sees a man she swears is one of the German soldiers who perpetuated those horrors and she kidnaps him, intending to inflict on hm all the pain and terror he inflicted upon her and her family. As doubts about his identity surface, everything starts to spiral out of control and threatens to shatter the fragile new life she’s built for hserself.

Set in the Middle East, Infidel is a contemporary political thriller inspired by true events. An American journalist is kidnapped while attending a conference in Cairo. Held hostage by the Iranian regime, he’s taken back to the Middle East and put on trial for invented charges of espionage. The journalist’s wife, a State Department official, tries to get the U.S. government to intervene and rescue her husband. But when she realizes her husband is being used as a political pawn and the U.S. government won’t help, she decides to go to the MIddle East herself to find him and bring him back.

If you’re looking for a laugh, wacky comedy Kajillionaire might be your thing. Middle-aged married couple Theresa and Robert are career con artists. They’ve spent the last 26 years training their daughter, Old Dolio, how to cheat, lie, scam, steal, swindle and con people out of their money and possessions. But Old Dolio’s life is thrown into upheaval when her parents invite a stranger to join them on their next job, a major heist that requires all hands on deck.

Assassin Ava travels around the world taking out high-level targets in her role as a black ops operative. However, when one of her jobs goes sideways, she’s suddenly on the run. As she becomes the target, she must figure out what went wrong – and who ordered it – while she fights to stay alive.

Click here to get tickets to all these movies and more.