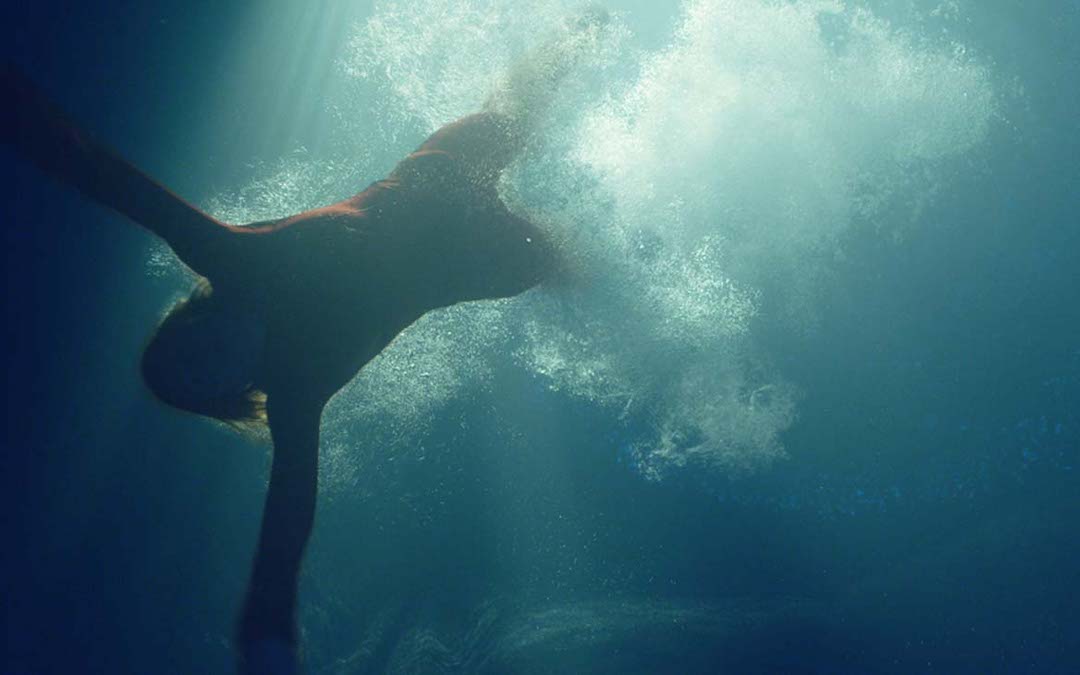 Neasa Hardiman’s Sea Fever is a chilling aqua-horror take on The Thing meets Cabin Fever set aboard a trawling vessel. Comparable parallels might suggest a Celtic Alien set afloat with an underwater monster ready to trigger massive thalassophobia reactions (Google Images, my friends). Hardiman’s deep-blue behemoth isn’t some ferocious Xenomorph design, however, but instead a parasitic take that’s more scientific horror based on fact, humanity’s hubris, and nature’s immeasurable unpredictability. According to sailor superstitions, redheads assure bad luck for voyages. Sea Fever doesn’t do much to dispell such a myth.

Siobhán (Hermione Corfield) has been assigned to a modest fishing expedition as their marine biologist tagalong. Freya (Connie Nielsen) and Gerard (Dougray Scott) welcome Siobhán into their ranks, but the shy intellectual has trouble making immediate friends. That’s until an unidentified lifeform attaches itself to Freya’s boat, contaminating everyone’s water supply. Siobhán must win over her surrounding crew if she’s to identify an anti-outbreak escape, which may prove more difficult than her scientific deducing. That or they’ll die horrible, lonely deaths.

Sea Fever has only played Toronto International Film Festival and Fantastic Fest at this point with no distribution deal. While we wait for someone to take Hardiman’s bait, here are three reasons to hunt down this saturated slice of vacuum-sealed dread when it finally hits theaters.

1. It’s A Headier Horror Cruise Than The Usual Monster Chomping

I know I mention Alien and The Thing above, but to confirm, both those movies are far scarier by general horror terms. Sea Fever is more about infection survival, patient zero paranoia, and a monster that lurks well out of sight. Siobhán’s narrative drives themes of science versus religion and superstition versus folly, as we uncover why the film’s stranded ship becomes suctioned to a monstrosity from below. The horrors of facing one’s finality outweigh monster cinema influences like Deep Rising or Life.

Maybe that doesn’t sound as exciting, but Hardiman never sacrifices excitement or tension. Siobhán understands she cannot risk their newfound parasitic infection spreading across mainlands, and is forced to convince a crew already against her that their lives aren’t worth the greater good. Cue engineers and captains forced to face their own mortality, giving way to some squirmy visual spooks. There’s a natural, humane reason why Gerard’s greedy pursuit of profitable netted returns is never worth the doom he’s ensured. It’s a battle of reason against panic, which offers the depth of layered terror versus one-note creature chomping.

2. A Wooden And Metal Tomb Setting Raises The Tension

Hardiman’s tension within confined seafaring quarters works to pressurize and constrict. Most time is spent in a cramped galley, tight machine room, or diving off the boat into darkened waters. There’s nowhere to hide nor anywhere to run because ocean waters stretch as far as the eye can peep (and you can’t run atop water, ding dong). Yet, Hardiman remains methodical and doesn’t even need to employ the true effects of “sea fever,” the hazy, delirious state that disorients when sailors sleep only twoish hours a night. You feel trapped, claustrophobic, but Siobhán’s collected calmness instills such poise when solving her biological puzzle. Dread and intrigue tangle like tentacles in subdued ways that remind me of the exploratory outer space disaster Europa Report.

Peering into each other’s eyes in ‘Sea Fever’

As Siobhán attempts to sanitize Freya’s ship of unwanted invaders passed through water, she’s met with pause simply over fears of the possible damage incurred. These are the film’s climatic standoffs, not between fanged beast and terrified researcher, but between terrified humans. Olwen Fouéré’s elderly assistant Ciara poses more of a threat to Siobhán given her irrational hatred of orangy hair colors. Madness drowns out rational thinking in small floods, but then sanity returns when Freya suggests everyone inspect each others’ eyes in a nod to The Thing’s blood sequence. Cameras zoom into pupils, searching for wriggly sea babies swimming within – tension filling your lungs. There’s more horror in acknowledging death sentences than waiting for a monster to strike and it’s particularly heightened because the setting provides no escape, only increasingly claustrophobic dead ends.

3. It Shows The Grotesque Beauty Of Body Horror

Sea Fever is a horror movie. Don’t dispell that classification simply because it lacks jump scares. As abandoned ships within rafting distance are combed for clues, gruesome findings foreshadow what could possibly happen to Siobhán’s collective. As Omid (a strong supporting performance by Ardalan Esmaili) and others weigh their fates against survival odds, the side effects of sickness cause fleshy mutilation and mutation, optical trauma and bloody gashes alike. Hardiman isn’t shy about body horror, but also doesn’t require gore as a crutch.

Instead, glowing neon appendages flail and leave behind a greenish goo that shimmers brightly. The “monster” never harms Siobhán during an early encounter, and as the scientist herself says, their vessel was mistaken for a whale. Everything about Hardiman’s gargantuan creature latched onto Freya’s ship reads as a dangerous – but not a malicious – attack. When you enter uncharted waters, go where you should not be, there are consequences. Freya herself even inadvertently remarks on how beautifully the beast’s glow illuminates night wakes and waves, defining this complicated relationship between man and nature. Mother Earth is gorgeous, her babies uncontainable, and sometimes we just get caught in the middle. Sea Fever is a deadsight reminder of our puny insignificance and the grand pecking order that should humble us all.