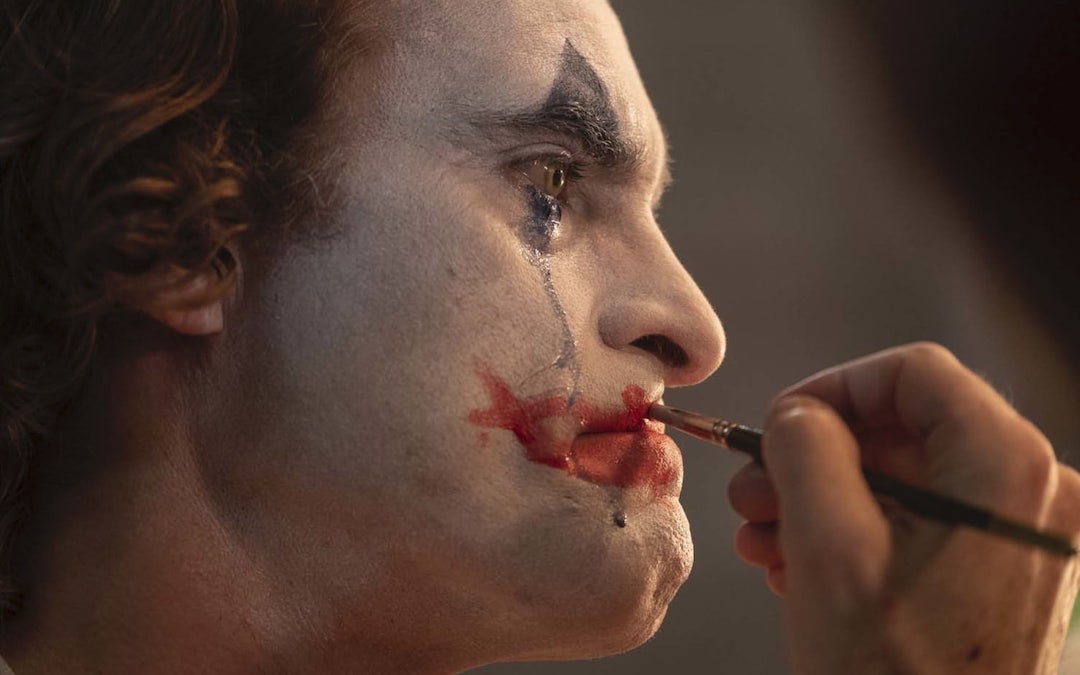 October is when we are finally, officially out of the back-to-school doldrums and kicking off the early holiday season. This year, a handful of heavy hitters are releasing in October, including Joker and Gemini Man, as well as two highly-anticipated sequels in Maleficient: Mistress of Evil and Zombieland: Double Tap. Rounding out the biggest movies is Taika Waititi’s next movie, the satirical Jojo Rabbit.

There’s a lot to choose from, but have no fear. Here’s your handy breakdown of the biggest movies and best indies coming to theaters in October 2019.

This may very well be the most controversial movie of the year; certainly, it will be the one to inspire the most debate and thinkpieces. Joker is set to tell the origin story of the Joker, back before he was the Clown Prince of Gotham and was just Arthur Fleck. Warner Bros. is positioning this as a “gritty character study” and an examination of a man who is cast off by society, with all the broader implications that entails. Relevant to current events? Certainly. Will it be handled with the nuance it requires? That remains to be seen. In any case, definitely expect Joker to be anything but boring, especially with the eccentric Joaquin Phoenix in the titular role.

Talk about a star-studded cast. This movie screams “We’re gunning for an Academy Award nomination,” and with good reason. Biopic? Check. Historical period drama? Check. Benedict Cumberbatch? Check. Yep, The Current War is likely our first true Oscar contender of the season. It tells the story of the bitter rivalry between electricity titans Thomas Edison and George Westinghouse – aided by Nikola Tesla – at the end of the 19th century and their cutthroat battle to be the first to get their electrical grid to power the future.

See It With: Cumberbatch fans, friends who love a good biopic or historical drama, anyone wanting to get a jump on early Oscar contenders

Cinephiles and film critics have been waiting on Noah Hawley’s Lucy in the Sky to be released for what feels like forever. Lucy tells the story of astronaut Lucy Cole, who has a transformative, transcendent experience while on a mission in outer space, and returns to Earth changed. As she struggles to readjust to mundane life, she starts to lose touch with reality and her family as the world around her now seems so small and void of mystery. Noah Hawley is one of the most respected showrunners working right now, in the driver’s seat for both Fargo and Legion. Lucy is his first feature film debut as a director, and we’re excited to see what he does with it – especially since it seems like we’re never getting that Doctor Doom movie from him.

See It With: Friends who love sci-fi or outer space, fans of Annihilation, anyone interested in mindbending movies

The creepy and kooky family is back, and spookier than ever in MGM’s new animated movie. The Addams Family is back in a new adventure, this time aided with an absolutely stacked voice cast. ’90s kids might fondly remember the movies starring Anjelica Huston and Raul Julia as Morticia and Gomez Addams, and this animated version seems to capture the wacky realities and deadpan graveyard humor of the previous live-action movies and ’60s TV series. Even better, the character designs look like they’re ripped straight from Charles Addams’ original cartoons.

See It With: Your kids, your family, anyone who is a fan of the previous iterations

Ang Lee has always been a director who has enjoyed pushing the bounds of technology and visual elements in his films, and Gemini Man might be his most ambitious movie yet. It stars Will Smith as an aging hitman who is being chased by a younger clone of himself. Smith played both roles, and digital de-aging technology was used to create the younger version of Smith’s character. The technology has been around for a while – Marvel uses it regularly in its movies to great effect – but this will be the first time a digitally de-aged version of an actor will appear opposite the real-life actor. It should be a good test of how far the technology has come. In any case, Lee is always a director to watch.

See It With: Sci-fi and action fans, anyone who loves Will Smith, fans of Ang Lee

The purest comedy on this list, Jexi (formerly titled Lexi) is the story of what happens when you’re a little too attached to your phone. Phil is a great guy with a winning personality. He just has one problem: from morning to night, he’s glued to his phone. When he’s forced to get a new one, his upgraded model comes with an A.I. assistant named Jexi. At first, things are great as Jexi pushes him to get his life in order and pursue the girl he likes. But she starts getting more possessive and controlling as he breaks free, causing chaos in his life. This won’t exactly be the smartest movie hitting theaters in October, but it’s likely to get the most laughs out of you.

See It With: Anyone who likes a solid comedy

There is already an insane amount of buzz around Parasite, acclaimed director Bong Joon-ho’s Palme d’Or winner. The first Korean film to win Cannes’ highest honor, the dark comedy follows a family who are all unemployed. They take an obsessive interest in the Park family for having the glamorous, rich lifestyle they envy. Soon, their lives become entangled with an unexpected incident and both families are forever changed. It’s hard to pull off a dark comedy that also manages to be a suspenseful thriller, but if any director can do it, it’s Bong Joon-ho.

See It With: Foreign film fans and fans of Bong Joon-ho, anyone who loves dark comedies and mindbenders

Kevin Smith returns with his distinct style of meta-humor with Jay and Silent Bob Reboot, which finds indie icons Jay and Silent Bob once again returning to Hollywood, this time to stop a reboot of Bluntman & Chronic. It looks like Smith called in quite a few favors for this one, as a galaxy of huge names cameo throughout their adventure, including, unsurprisingly, a number of Marvel and DC stars thanks to the ever-geeky Smith’s connections. It’s crass, it’s crude, and if you love Jay & Silent Bob, this is a must-watch movie.

See It With: Fans of Kevin Smith, Jay & Silent Bob fans, anyone who loves toilet humor

Speaking of directors that everyone wants to work with, Taika Waititi’s Jojo Rabbit might be the zaniest of the year. A blistering, anti-Nazi satire, Waititi skewers hatred with his trademark humor. When an awkward young boy in Hitler’s Army finds out his mother has been hiding a young Jewish girl in their home, he must come to terms with his own prejudices. Oh – and Adolph Hitler, played by Waititi, happens to be his imaginary friend. Waititi’s genius for comedy was cemented with What We Do in the Shadows; his global recognition was set with Thor: Ragnarok. With this being a return to his smaller roots, consider us excited.

See It With: Taika Waititi fans, anyone who loves smart comedy and satire

It’s been five whole years since the first Maleficent hit theaters, but sequel Maleficent: Mistress of Evil appears to be worth the wait. In the sequel, the complex relationship between Aurora and her adopted mother, Maleficent, grows even more fraught when the prince of the kingdom asks her to marry him. When Maleficent and Aurora’s soon-to-be mother-in-law, Queen Ingrith, meet, the animosity between them is clear. Will Maleficent remember who she is or will she give into her darker nature once and for all? The first movie was a surprise legitimate hit, grossing over $750 million worldwide. Let’s hope the sequel is just as successful.

See It With: Disney fans, your kids, anyone who wants to see a showdown between queens Angelina Jolie and Michelle Pfeiffer

A sequel even longer in the making than Maleficent: Mistress of Evil is Zombieland: Double Tap, hitting theaters a full decade after the release of the original. Tallahassee, Wichita, Columbus, and Little Rock are back for more foul-mouthed, zombie-killin’ fun. Their family dynamic is changed when they pick up Madison, a dimwitted fellow survivor, on their way to the Midwest and the growing pains of their little family unit threaten to tear them apart – if the zombies don’t do it first. Fleischer had a sleeper hit on his hands with the first Zombieland (we’ll never think of Twinkies the same way again), and the sequel has the chance to be even bigger.

See It With: Zombie lovers, anyone who loves an R-rated comedy, fans of the first movie

A few years ago, The Witch was one of the most buzzed-about indie horror movies of that year. Atmospheric and layered, it put Eggers on the map as a director to pay attention to. Now, he’s back with his next feature film, The Lighthouse. Shot entirely in black and white, Eggers’ movie is set in the 1890s and stars Willem Dafoe and Robert Pattinson as two lighthouse keepers who do their duties on a mysterious and remote island off the coast of New England. Tension and madness creep into their relationship the longer they’re isolated from the world, with hints of Lovecraftian horror lurking underneath. Expect this one to linger with you long after you leave the theater.

See It With: Anyone who loves slow-burn and cerebral horror, your cinephile friends

For those who like tense thrillers and cop dramas, Black and Blue will be right up your alley. A young cop (Harris) finds herself in a web of corruption and danger when she accidentally films the murder of a young drug dealer through her body cam. When she realizes the killers are corrupt cops, she goes on the run, finding help from only one person in the community (Gibson) to unravel the conspiracy and bring the cops to justice.

See It With: Anyone who likes gritty thrillers or cop dramas

From writer-director Justin Dec comes the under-the-radar thriller Countdown. The stories of three high school students intertwine when horror is invited into their lives. When a young nurse stumbles across an app that predicts when you’ll die, she learns she only has three days left. As the pressure mounts, she must find a way to save herself before time runs out, all while being chased by a mysterious stranger. Not much is known about this movie, but it appears to be found footage pieced together from the daily lives of the teenagers. Hopefully, it can do something new with the found-footage gimmick.

Historians, this one’s for you. The Last Full Measure details the true story of the fight to posthumously award Airman William H. Pitsenbarger Jr. the Medal of Honor 34 years after his death on the battlefield at age 21. Pitsenbarger Jr. was a USAF Pararescueman who gave his life in the Vietnam War when he was sent to rescue some comrades pinned down by the enemy fire and elected to stay with them to protect the wounded soldiers. This one has a heck of a cast to tell the story of the Airman’s bravery in battle for the first time on screen.

See It With: History and war buffs, anyone who loves a good drama