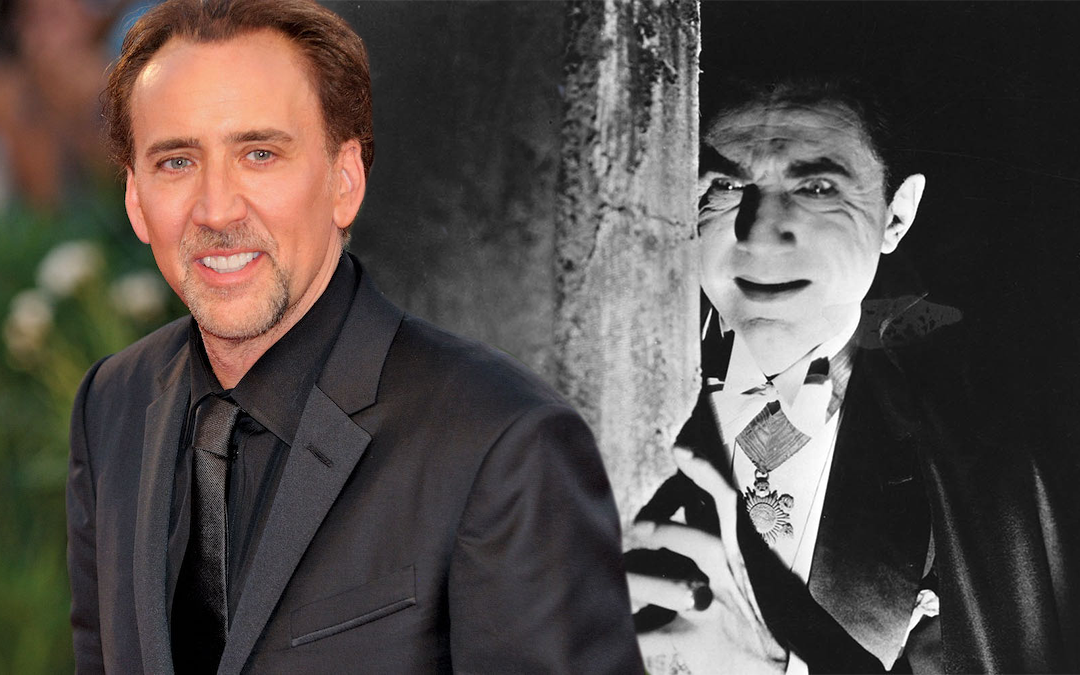 News of the Week: Nicolas Cage Gets Wild In First Look As Dracula

We’re heading into the March homestretch and this weekend brings the 2022 Oscars. Exciting projects are on the horizon this week, with a first look at an upcoming horror-comedy, updates on one of Marvel’s most exciting projects, a big addition to a franchise cast, a Kickstarter record broken, and more. As always, Atom Insider brings you a few hand-picked stories we think you’ll like. Ready? Let’s dive in.

First Look At Nicolas Cage As Dracula In Horror-Comedy ‘Renfield’

Universal has smartly scrapped its Dark Universe in favor of director-driven movies about its classic movie monsters. The most interesting project in the pipeline is Renfield from Chris McKay. Rather than being a pure thriller or horror movie in the vein of previous Universal adaptation The Invisible Man, it’s taking a more comedic bent. Likewise, it’s not based on a classic monster, but rather, Dracula’s minion, R.M. Renfield. Nicholas Hoult, who has more than proven his comedy chops in projects like The Great and Warm Bodies, will be playing Dracula’s beleaguered assistant. In another brilliant bit of casting, Nicolas Cage was cast as Dracula and now, the first look at him on set has been revealed.

In a new interview with GQ, Cage revealed that he based his portrayal of Dracula on David Bowie, particularly Bowie’s Thin White Duke persona, and on his own father. Previously, he explained that the movements and physicality of his Dracula would be based on James Wan’s Malignant and Hideo Nakata’s Ringu, so…make of that what you will, and bring on the bonkers performance.

‘I Am Legend 2’ Producer Teases ‘Incredibly Cool’ Story For Sequel

A few weeks ago, Warner Bros. dropped a surprise on everyone when it announced that a sequel to 2007’s I Am Legend was in the works. Not only that, but original star Will Smith is returning, this time teaming up alongside Michael B. Jordan. The script was reportedly based on an idea that Jordan had and pitched to the studio, and at the time, Smith said that it was the strength of the script that got him to join the project. “It was one of those ones I was gonna leave alone, and then I heard the idea,” he explained.

Now, I Am Legend 2 producer Jon Mone is backing up the idea of the story being strong. Speaking at the PGA Awards red carpet, he said that the story is “unbelievably cool.” He went on to explain. “It’s an unbelievably cool idea, an idea that made [Smith] and Akiva believe that it was worth telling another story,” he revealed. “It’s based on the minds of Will, Akiva, and Michael B. Jordan who came up with an incredible angle for how you can continue that story.”

So far, the story details are being kept quite secret, and it will be interesting to see how Smith returns. At the end of the first film, his character, Robert Neville, sacrificed himself to save humanity’s cure. So whether the sequel will somehow undo his death or find him returning in a flashback or by some other means remains to be seen, but is a huge hurdle for I Am Legend 2 to leap. It will be fascinating to see what the sequel comes up with.

The next big Marvel project in theaters is Doctor Strange in the Multiverse of Madness. On the small screen, however, the next project up is the Disney+ Moon Knight series. That releases at the end of the month and it’s set to drastically change the MCU by ushering in a much darker, weirder tone than anything we’ve seen yet outside of the Marvel Netflix series. Oscar Isaac is in the titular role. He plays Marc Spector, an American mercenary who suffers from dissociative identity disorder, which gives him a few personalities, or “alters,” including the mild-mannered British museum employee, Steven Grant, and the more well-to-do and elegant Mr. Knight. The vibe is set to be much more violent than what we’ve previously seen from Disney+ Marvel shows. At the press conference for Moon Knight, Oscar Isaac gave some details on what we can expect from the show and explained that the action will often be from Marc’s point of view:

“Well, I think the story is so point of view. It means that you’re just in the skin of this guy, and you’re seeing things happen. You’re experiencing it just as he’s experiencing it. So there’s something that’s terrifying about that. I think Steven, in particular, there’s a sense of humor there that is different from what we’ve seen. I think Marvel in particular have done such an amazing job at combining action and comedy in such a great way. And I thought with Steven, there was a chance to do a different type of comedy than we’ve seen of somebody that doesn’t know they’re funny, doesn’t know they’re being funny. And so that was really exciting. And then to find the counterpoint of that with Marc, in some ways leaning into a bit of the stereotype of the tortured, dark vigilante guy, but what makes him so special is that he has this little Englishman living inside of him.“

Isaac has previously said he fell in love with the character once he got into the role and it appears that passion will carry through to the screen. Moon Knight premieres in just one week, on March 30.

The cast of the upcoming Fast & Furious 10 has grown by one, and it’s an interesting addition. It has been revealed that Daniele Melchior has joined the cast of Fast & Furious 10. The Portuguese actress broke out in a big way with last year’s The Suicide Squad, where she played Ratcatcher II. It’s unknown who Melchior will be playing in the Fast & Furious sequel, but she’s not the only cast newcomer to be added in recent months: previously, Jason Momoa was also announced to have joined the ensemble cast. Of course, all the series regulars should be returning after F9 grossed over $720 million at the box office this past summer. While Fast & Furious 10 won’t be hitting theaters until May of next year, Melchior is staying busy. Currently, she has two films in post-production, both action-thrillers: Assassin Club opposite Henry Golding and Marlowe with Liam Neeson.

Here’s an interesting bit of news. A new horror movie project, Shelby Oaks, has just broken the Kickstarter record for a horror movie. The feature, which was written and directed by YouTube film critic Chris Stuckmann, is based on a recent viral internet mystery story involving a missing fictional team of paranormal investigators. The story is set in the mid-2000s and follows the team, named The Paranormal Paranoids, with one of the team members apparently being abducted. Last year, multiple found footage videos of the case prompted internet sleuths to debate the veracity of the videos and whether or not the people and events depicted were actually real.

The project will be a combination of documentary-style footage, found footage, and traditional film. Shelby Oaks has raised a whopping $650,000 in just three weeks from 6,700 backers, becoming the most-funded horror movie project in the fundraising platform’s history. The picture is set to begin production this May in Cleveland.

It Looks Like We Are Getting A ‘Godzilla Vs. Kong’ Sequel After All

Even after the success of last year’s Godzilla vs. Kong, it appeared that Legendary’s Monsterverse was dead in the water for now, with the studio having no plans to continue it any time soon. That’s all changed, apparently, with new reports that a sequel is set to shoot in Australia later this year. The news comes from the government film commission agency Screen Queensland. Annastacia Palaszczuk, the State Premier, confirmed that shooting will begin later this year along Australia’s Gold Coast and in the southeast.

It’s unclear what the story will be about, but there’s plenty to mine from the lore of the Monsterverse. Last year, Godzilla vs. Kong director Adam Wingard hinted that he has plenty of ideas for a new story should it continue and he be the writer-director. “The clear starting point we teed up (in GVK), exploring Hollow Earth, I think there is a lot more to do there,” he said. “This is a pre-history of Planet Earth, where all the titans come from. We tee up some mystery in this film, things I want to see resolved and explored and pushed to the next level.” So it very well could revolve around that and push the Hollow Earth concept even further. Either way, GvK was a heck of a lot of fun, so it will be great to see what Legendary comes up with.

Doctor Strange in the Multiverse of Madness – Cinemark Theaters Trailer

Where The Crawdads Sing – Official Trailer

So this one will probably require some tissues, yeah?