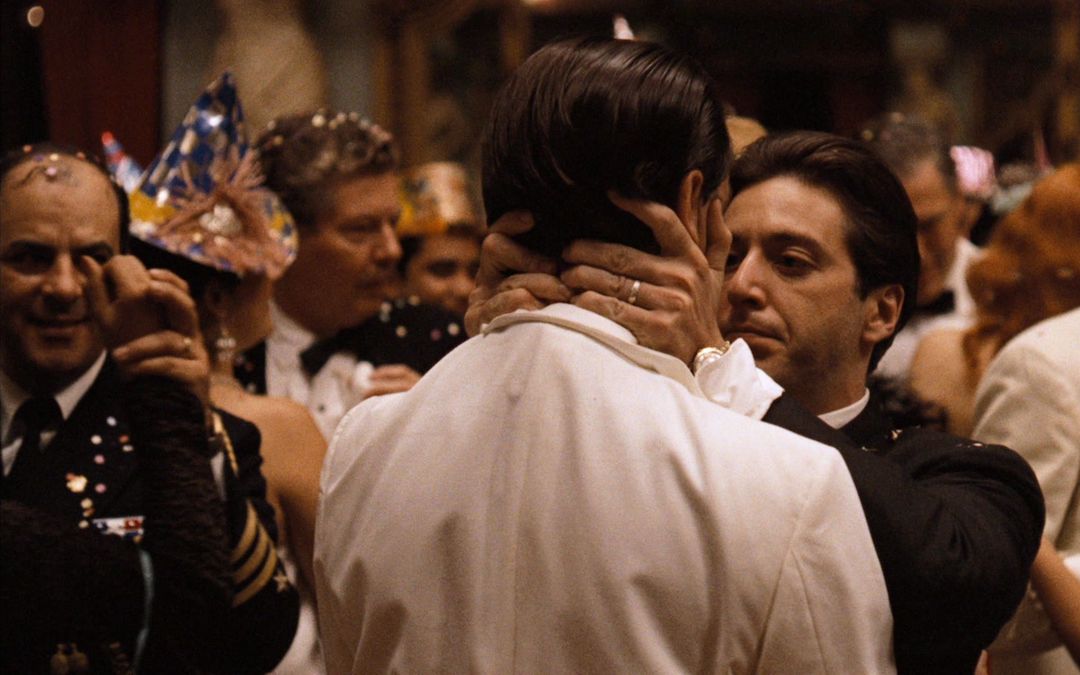 I think we can all agree this year, we’ll be looking forward to New Year’s Eve celebrations a little more than usual. 2020 was the year from hell on a global scale, and soon, we’ll be waving goodbye to it as it disappears in our rearview mirror.

While we can’t exactly go out to party or gather together at one another’s houses to celebrate this year, that doesn’t mean we can’t celebrate in other ways. Watching a movie with a great New Year’s Eve scene can almost feel like you’re ringing in the new year like normal. To kick 2020 to the curb and say hello to 2021, here are some of the best movie scenes that take place on New Year’s Eve.

“I know it was you, Fredo.” Has a New Year’s Eve party ever been interrupted by more chilling words? Michael Corleone delivers these words, along with the Italian Mafia kiss of death, to his former friend, Fredo, who had betrayed Michael by cutting a business deal behind is back. Everyone else may be ringing in the new year in Havana, but Fredo’s days are numbered.

They don’t make ’em like this anymore. When Harry Met Sally has one of the most romantic scenes in a movie, and by far the most romantic scene set during NYE. The way Harry describes every little thing he loves about Sally in order to convince her he’s being truthful is a simple, beautiful moment. Now that’s love.

This may not be the most vibrant and energetic song of the musical – that honor goes to “La Vie Boheme” but “Seasons of Love” is one of the most heartfelt and touching songs in Rent, recounting the minutes in a year and how you can possibly measure the small moments that make life worth living. It’s also the recurring song that threads throughout the entire musical and finds its way into other songs, like this scene.

An Affair To Remember

It may not be the most famous scene in the classic romance An Affair to Remember, but the kiss shared by Cary Grant and Deborah Kerr on New Year’s Eve on the top deck of an ocean liner ignites their beautiful, but tragic, romance. It’s a heartbreaker for all the right reasons and reminds us to find joy in the stolen moments when we can.

Even though Steven Soderbergh’s remake is much better than the original, the 1960 Ocean’s 11 makes this list for setting its heist on New Year’s Eve. And who wouldn’t want to spend New Year’s Eve with Sinatra and the rest of the Rat Pack…even if they can’t act?

This scene may not take place on New Year’s Eve, but Bridget Jones is many of us on New Year’s Day: Hungover, regretting the night before, and making a list of resolutions we will almost certainly break by mid-January. We love Bridget not because she’s perfect, but because she’s goofy and flawed, like the rest of us. In fact, we love her so much, she gets two New Year’s resolutions clips:

If you’ve ever wanted to know what it would be like to celebrate New Year’s Eve in London in the 1950s, Phantom Thread has you covered. From the elegant costuming to the stunning production design on display, the scene transports you to a lush, dreamy party as you ring in the new year.

It’s a small scene in the movie that doesn’t have a major impact on the rest of it, but the New Year’s Eve in Forrest Gump is one of the few times we get to see Forrest operating in a crowd while he thinks of Jenny. It’s a reminder that even in a room full of people, you can feel isolated – but life’s okay as long as you have one good friend who stands by you.

Fair warning: This isn’t a happy or a joyous New Year’s Eve scene, but it is a memorable one thanks to William H. Macy’s chilling, dead-eyed performance and the long take tracking shots that immerse you in Little Bill’s disembodied state of mind as he moves through the raucous crowd. It’s a brutal scene to watch, but one of the most mesmerizing in terms of cinematography.

Now, a palate cleanser! Not every New Year’s Eve has to ring in with a party. Some ring in with a party and sending back the malevolent ghost of a medieval warlord sorcerer to Hell. Such is the case with the Ghostbusters, who got an assist from New Yorkers singing “Auld Lang Syne” and the city’s loving vibes helping to weaken the ghost’s hold. Sometimes, humanity, you’re alright.

And with that, allow me to leave you with this classic 1960s Happy New Year cartoon:

This year, we celebrate Martin Luther King Jr. Day 2021 on Monday, January 18th – that’s this Monday, for those of you who, like most...