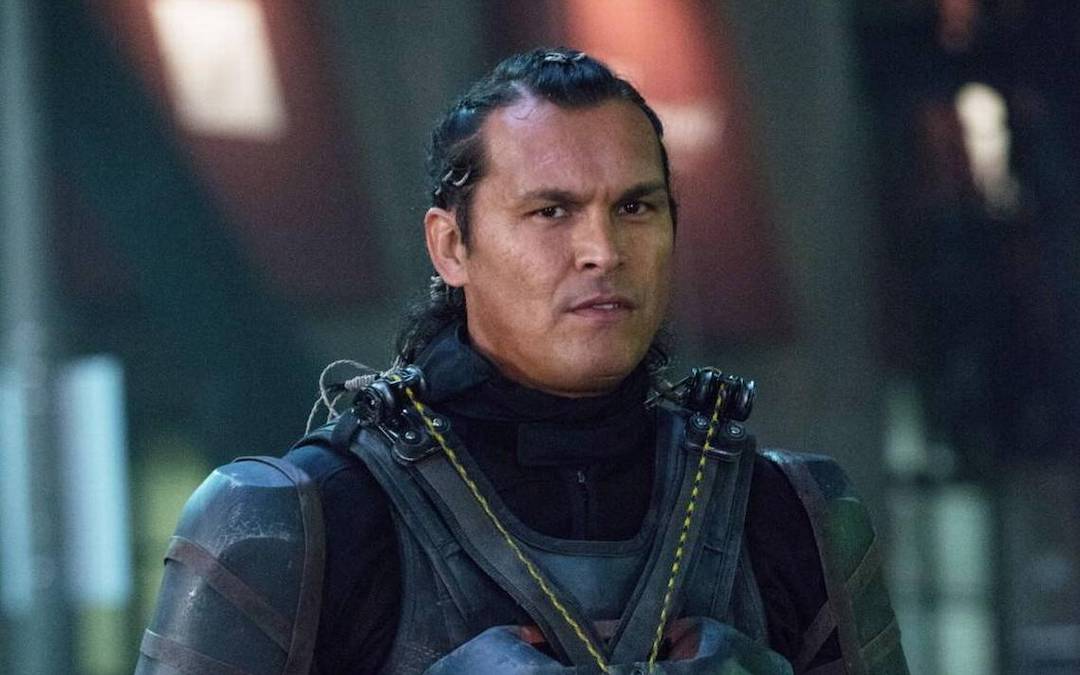 Indigenous Peoples Day is celebrated across the U.S. every second Monday in October, a day meant to replace Columbus Day and instead celebrate the culture and contributions of Native Americans and indigenous peoples in America.

Those contributions extend to the entertainment industry as much as anywhere else, with Indigenous Americans taking spots in front of and behind the camera. While there’s still a long road to walk to get to true inclusion and accurate and varied representation of Native Americans, there are some who have been breaking barriers for years and other up-and-comers poised to leave their mark in movies and television. Let’s shine a spotlight on some of the best veteran and upcoming Native American talent in Hollywood. Note: While most of this list will be Native Americans, there will also be some members of the First Nations tribes of Canada seeing as how so many of them have made an impact on Hollywood.

Beach is a member of the Ojibwa Nation of Canada, and if you don’t think you’ve seen Adam Beach, you’ve definitely seen Adam Beach. He’s one of the more underrated but quietly great character actors out there, appearing in a range of movies such as Mystery, Alaska, Joe Dirt, Flags of our Fathers, Cowboys & Aliens, Suicide Squad, The New Mutants, Hostiles and Bury My Heart at Wounded Knee, for which he earned a Golden Globe nomination. He also has a deep TV resume including Nancy Drew, Arctic Air, Big Love and Law & Order: SVU. His range and the gravitas he brings to the screen in such a variety of roles has gained him recognition in the industry. When he’s not acting, Beach does speaking engagements all over the U.S. and Canada speaking to Native American and First Nation youth.

Born in Nofire Hollow, Oklahoma, Studi spoke only his native Cherokee tongue until he was five years old and spent his life as a horse trainer before heading to Vietnam as a solider and then turning to acting. In the years since, he’s become a respected representative of the Cherokee Nation in Hollywood and largely considered the elder statesman of Native Americans in the industry, serving as both actor and consultant on over a hundred films and TV projects and working with over a dozen different Native American languages. His work in Dances with Wolves got him noticed, and two years later, he went on to play Magua in The Last of the Mohicans, a role that would establish him in Hollywood. Since then he’s starred in films like Geronimo: An American Legend, Mystery Men, Heat, Wind River, Avatar, and also worked with Adam Beach in Hostiles and Bury My Heart at Wounded Knee. TV work has included Penny Dreadful, Kings, Hell on Wheels, The Red Road and TV miniseries Commanche Moon.

A member of the Navajo (Diné) people, Shaandiin Tome doesn’t have much on her IMDb resume, but she’s about to. The up and coming filmmaker’s short film, Mud (Hashtl’ishnii), gained recognition and praise at the 2018 Sundance Film Festival along with awards at others. Her work landed Tome her next two gigs, Vice’s documentary, Missing, and Levi’s The 2020 Project. Tome’s shorts, both documentary and narrative, focus on the modern realities of Native Americans, eschewing the habit Hollywood has of only ever wanting to see Native Americans as 1800s tribespeople. With Mud, Tome takes an unflinching look at the often bleak reality of the alcoholism and drug abuse crisis that plagues Native American reservations but too often goes unnoticed and ignored by the world at large. She’s part of the rising class of female indigenous filmmakers who are reclaiming their stories from Hollywood for themselves, and she’s definitely one to watch.

The youngest on this list, Blu Hunt has the feel of someone whose career will take off in the next few years. After landing a recurring role on CW TV show The Originals, she landed her first movie role shortly thereafter, snagging the coveted lead of Dani Moonstar in Fox’s Marvel movie The New Mutants. As a descendant of the Lakota tribe, Hunt is the first actor of Native American descent to play a featured superhero, and her career can only go up from here. Since wrapping New Mutants, she’s landed a gig on Stumptown and a recurring role on Another Life and is one of the most exciting and candid young actresses to watch. Check out my interview with her for The New Mutants here.

As an Oneida Indian from the Six Nations Reserve, Greene is the third member of the go-to Hollywood trifecta for Native American or First Nation actors with Beach and Studi. Greene has been working steadily since the late 1970s and his career resume is a mix of big screen and small that most other actors would envy: Dances With Wolves, Northern Exposure, Wind River, Die Hard with a Vengeance, The Green Mile, Skins, Wolf Lake, Transamerica, The Twilight Saga, Longmire and the upcoming Antlers – the list continues. He’s been respected almost as long, with his work as Sioux medicine man Kicking Bird in Dances With Wolves earning him an Oscar nomination for Best Supporting Actor.

A member of the Samson Cree nation, Georgina Lightning is a Swiss army knife of Hollywood, an actress, producer, director and activist. Her acting career has found her in a number of roles including Walker, Texas Ranger, The West Wing, Ghosts of the Heartland, Blackstone and Trickster, but she’s equally as talented behind the camera. Her directorial debut about the atrocities that happen in Native American boarding schools, Older than America, garnered two dozen awards and critical appreciation. Her most recent work, TV series The Secret History Of: The Wild West has earned quite a bit of praise for telling the true story of the characters that shaped the Canadian West. Like many others on this list, when she’s not working in the entertainment industry, Lightning spends much of her time as an activist for First People and Native American issues.

It’s not just men who are respected, go-to indigenous actors; Cree and Metís actress Tantoo Cardinal is one of Hollywood’s most revered First Nation talents of stage, television and film. Though she had a steady career since the late 70s, arguably her breakout role was playing Black Shawl in 1990s Dances With Wolves. Other notable movie roles include Legends of the Fall, Silence, Black Robe and Wind River with TV roles equally as impressive: Longmire, Frontier, Stumptown, Godless, Blackstone, Dr. Quinn, Medicine Woman and By Way of the Stars. Cardinal is so celebrated and has contributed so much to indigenous culture in the performing arts in her native country of Canada that she was named a Member of the Order of Canada, one of the country’s highest honors in 2009. Her activism extends elsewhere, such as protesting the Keystone Pipeline and being a founding member of the Saskatchewan Native Theatre Company.

There are so many more on this list I might have included, so I encourage you to do further research and seek out the work of indigenous Hollywood talent for yourself. They have such incredible stories to tell about their tribes and their culture; I’m glad to see so many of them taking back their peoples’ stories for themselves.