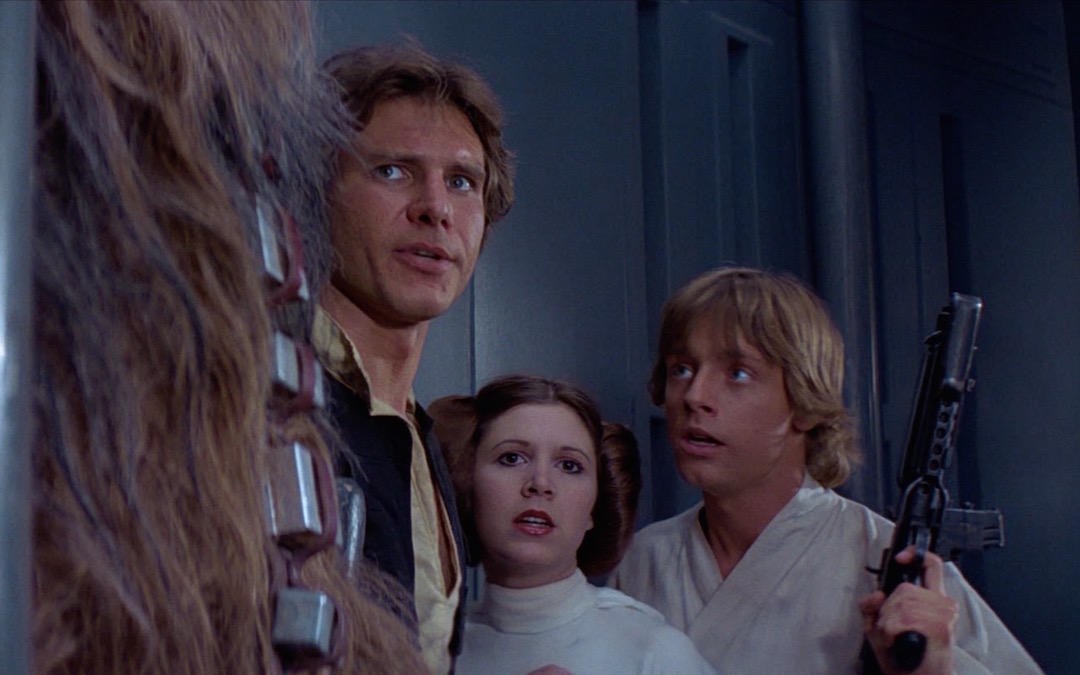 In honor of Thanksgiving, I thought I’d put together a piece about movies. Specifically, how thankful we are for them. You know how writers do this time of year.

Movies have always been a huge part of my life, shaping who I am almost as much as books. I lived for stories, whether in pages or on the screen, and I’d spend hours rewatching favorite movies over and over again as a kid. The adventures experienced by the Goonies, Westley and Buttercup, Bastien and others were as real to me as the scrapes I got into with my own friends. That feeling has never truly left me: While I’m not much of a crier in reality, I’m often moved to tears by movies at the slightest provocation. Occasionally, I hop into a Lyft or Uber and meet a driver who tells me they “don’t really watch movies” and I’m floored. How can someone not want to watch movies? Movies are our stories. They’re our histories. They’re our escape and our entertainment, our learning tool and our visual letters to the world.

But instead of me explaining all that, I thought it might be fun to ask some of my fellow Atom coworkers just why they also love movies so much, and what they mean to them. The answers summed up exactly why it is that movies matter.

For Julian Bahmani, our video producer and editor, he loves the transformative experience of film:

More than any other medium, I feel like film is the perfect synthesis of all other art forms to create an experience that you can’t get elsewhere. It brings together music, sound design, stagecraft, choreography, acting, writing, cinematography, art, technology and more in this beautiful confluence and as a creative person who loves exploring all art forms, film presents a unique canvas unlike any other. As a result, the experience of film is emotionally transformative. I find myself leaving great films walking different, talking different, and most importantly thinking different than when I walked in and that’s a beautiful experience. 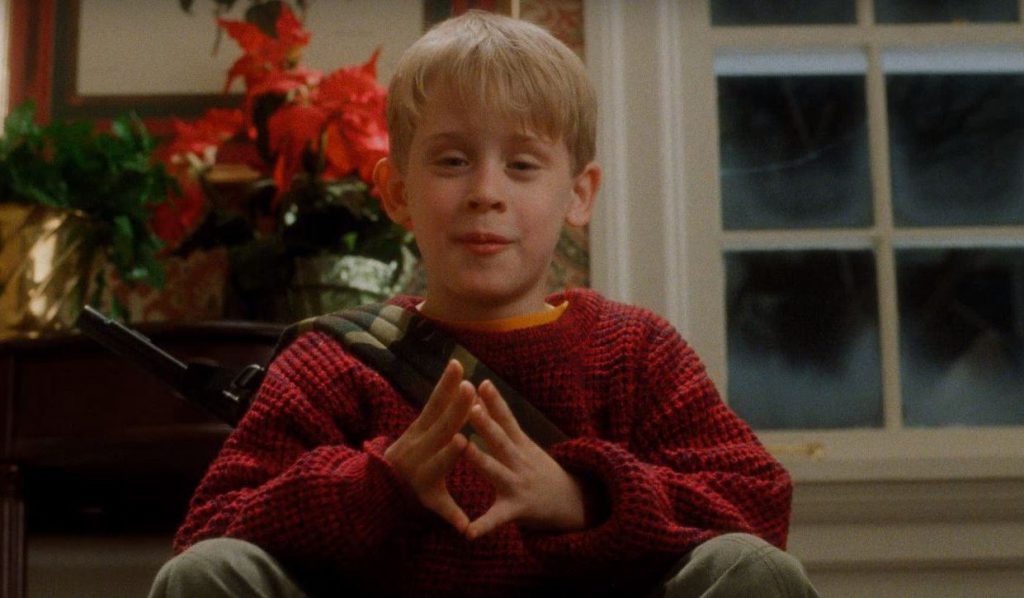 Melanie Blume, our copywriter, found herself waxing nostalgic about movies, which have created some of the strongest memories she has:

Home Alone, 1990, Thanksgiving weekend, Lancaster, PA. I was 7, with my sisters, cousins, aunt, uncle, parents and grandparents. Three in that crew have since passed, but the memory brings an unexpected amount of joy. It’s those moments, of being together, and sharing an experience—one I could still feel and cherish three decades later—that’s what I love about movies.

Our QA engineer, Stan Sultanov, had a great story about how movies actually helped he and his future wife get back together – or perhaps more accurately, saved them from a final breakup:

I’m thankful for movies in general, because it can sometimes be a great art and awesome entertainment. It’s hard to remember any specific movie… Except maybe Pink Floyd – The Wall by Alan Parker, which once actually brought my wife and I back together. We were sitting in the movie theater watching it: Me, my future wife, and my best friend. For whatever stupid reason at the time, all three of us thought that they (my friend and her) would going to be more than friends soon, and that we (her and I) were over. Huge drama. But sitting there and watching that movie, we somehow both understood that it wasn’t over. I don’t know how to explain it, but that’s it.

We’re smack in the middle of the era of cinematic universes. Kids now are growing up with franchises that will shape their lives, a fact that isn’t lost on our social media manager, Derek:

I’m thankful for cinematic universes. This year alone we’ve had three new installments in the Marvel Cinematic Universe, another chapter in the John Wick franchise, a Fast and Furious spinoff, the start of the Pokémon live action universe, and a new Star Wars movie! I love it. I love all of it. The worlds we play in are getting richer and more expansive than ever. It’s a great time to be a nerd.

As a giant Star Wars fan, he’s particularly thankful for getting to grow up in a world where he gets to visit another world entirely, one full of Skywalkers and Jedi, Sith and lightsabers, and heroes ancient and new. “I’m thankful that we get to return to the galaxy far, far away, the one that I grew up loving,” he explained. “We get to further explore the universe and witness the conclusion to the Skywalker Saga with modern-day CGI – and beyond. Porgs, and BB-8, and baby Yoda!”

And while movies can be deeply personal experiences, our senior systems engineer, Shatil Rafiullah, celebrates them for the communal events they are and how they bring friends together. “I’m thankful for movies for the bonding with friends they provide. They’re an easy calendar mark to meet up for and keep in touch with longtime friends,” he explained. He remembers visiting the U.S. during the holiday break of 2001 into 2002 when The Lord of the Rings: The Fellowship of the Ring came out. After taking the L.A. subway (yes, L.A. has a metro system), he got to watch it at the then-Mann’s (then Grauman’s, then TCL) Chinese Theater with one of his best friends, Reza – who happens to be one of our engineers at Atom. That movie helped cement a friendship that lasted a lifetime.

Like Derek, Star Wars also holds a special place in Shatil’s heart purely for the way it helped keep his group of friends close, even when they scattered all over the world:

One of my fondest high school memories was from senior year when Star Wars – Episode III was coming out. One of my best friends bought pretty much an entire row of the theater and sold the tickets to the rest of our friends group. I arrived shortly before the midnight showing and found he’d gotten us prime seats. We sat and watched the best of the prequels together. Shortly after that, we all went our separate ways to universities across the countries. Schedules didn’t always line up to go catch a film together, so we’d watch a film in synch together from across the country by timing the start of a film and relying on our young adult reaction times to not be too far out of such with each other.

In so many ways, movies are moving slices of magic on a screen and they have deep meaning for all of us at Atom Tickets. Which is, I suppose, why we chose to make getting more people to the movies our lives. Who wouldn’t want to share that experience with others?