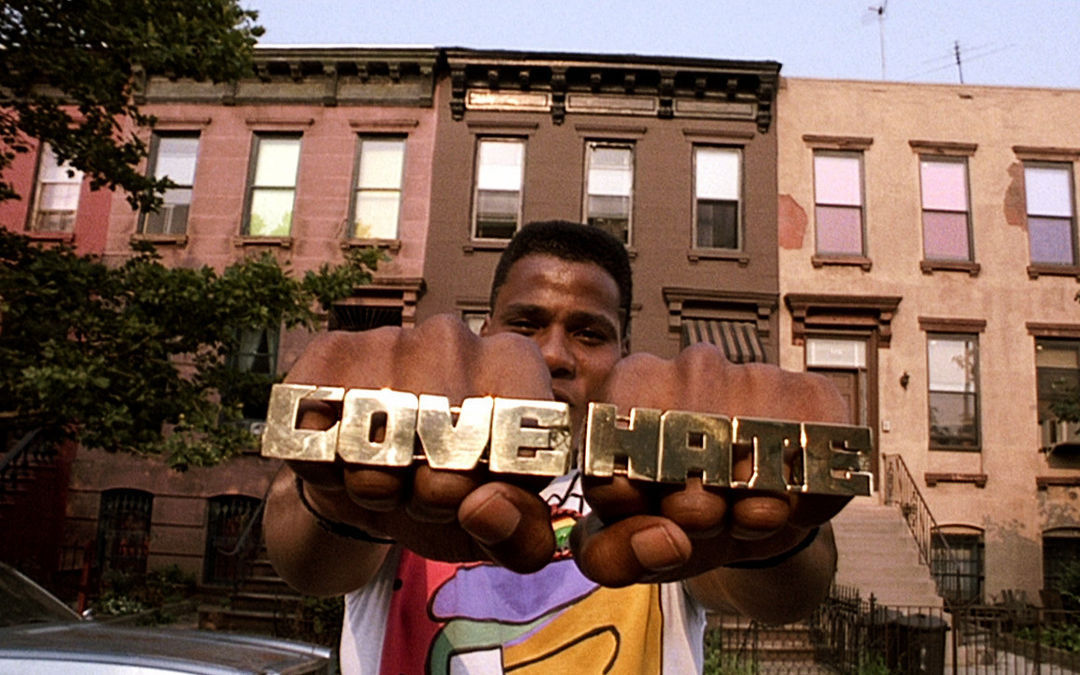 Last week, I compiled a starter list of some excellent and thought-provoking pieces by Black film critics writing about Black films. Watching movies from Black filmmakers is vital to fully understand cinema and the world at large, but reading the thoughts of Black critics is just as important to engage with that work.

But great content that gets you to think and that opens your eyes to the Black experience in America isn’t just the domain of film alone. TV shows and streaming series, books and podcasts are all just as vital to educate yourself and expand your view. We’ve rounded up a list of recommended reading, viewing, and listening from some of the most talented and vital Black writers, historians, and activists out there.

A number of Black critics from the Critics Choice Association and members of the African American Film Critics Association put together this incredible digital magazine of Black filmmaking for the past 100 years and the black films that defined it. It’s a genuinely fascinating dive into a part of our cinematic and social history that doesn’t get nearly enough exploration. Might I suggest it as a companion piece with Shudder’s Horror Noire documentary?

While it’s important to view the scope of Black cinema through the evolution of a whole century, it’s just as important to take a look at the films that have been released specifically within our lifetimes. Thanks to filmmakers like Spike Lee, Albert Hughes and Allen Hughes, Rick Famuyiwa and F. Gary Gray, the ’90s onward saw an explosion of raw, unapologetic storytelling about the Black experience in America. Victoria Johnson, Khal, and Complex take a look at the most important Black films of the past three decades.

Lawrence Ware – The Most Important Decade For Movies About Black Lives

Narrowing our focus from three decades to just one, Lawrence Ware discusses how the 2010s were a pivotal time for the Black experience being depicted on screen and lists his picks for the best Black movies of the decade. From stirring dramas to big-budget comic book movies, Black films covered a spectrum of experiences and narratives and were taken seriously by critics and audiences alike.

Our history books tend to gloss over the role racism has played in shaping American history and white men (and some women) are largely the protagonists of our history books. Alexis Jones shares her recommendations for 10 movies to watch to see a more honest picture and gain a clearer understanding of Black history in the United States.

Jacqueline Stewart (compiled by Olivia B. Waxman) – 6 Films To Watch For Black History Month, Recommended By An Expert

We loved this list recommended by Turner Classic Movies host Jacqueline Stewart because it doesn’t just recommend films from a specific decade or within the past few years. She recommends films all the way back to 1920. It’s important to understand that the things Black Americans and their allies are fighting against right now aren’t new. The same fight has been ongoing for centuries and films reflect that.

The fictionalized stories of film are excellent ways to step into someone else’s shoes, but documentary series & films offer a different take on the history of Black people in America. PBS gives their recommendation for some of the most powerful documentaries to watch today to understand that history.

It’s not just movies in which Black stories have been told, but also in television. In the past few years, thanks to streaming and cable, a number of excellent TV shows have proliferated on the small screen, from zany comedies to drama. Michelle Darrisaw and McKenzie Jean-Philippe put together their list of the best Black shows out there right now.

Ineye Komonibo – Netflix Has You Covered This Black History Month

Streaming services have opened up new avenues for diversity and inclusion, offering the chance for marginalized people to tell their stories in ways that weren’t possible just a few years ago. Ineye Komonibo dives into the wealth of Black-centered content available on Netflix.

Twitter and social media are great places to see other perspectives and gain an education on topics of racial injustice and social justice issues. But to be a real ally requires something more than a skim of tweets. Activist and writer Brea Baker gives her recommendation on 20 essential books to read if you want to truly educate yourself.

Being anti-racist and learning about racial issues doesn’t just begin in adulthood. With it being so woven into the fabric of American society, it’s imperative that we start talking to our kids early about it. Minority-owned, multicultural children’s book publisher Lee & Low makes that a little easier with their book list recommendation for middle school and high school aged kids. We’d also recommend checking out their site for their reading lists for younger kids, too.

For those who prefer to get their info auditorily rather than visually, podcasts are a great way to get educated. Brea Baker is back with her recommended list for some of the best podcasts to be listening to right now if you want to keep learning, because, as she says, posting a black square on social media isn’t enough.

The Bello Collective – 24 Podcasts That Confront Racism In America

The Bello Collective, a publication and newsletter that focuses on podcasting, put together this handy list of podcasts that confront racism and explore the Black experience in America. They’ve conveniently grouped it by category, so if there’s a particular area in which you want to gain a better education, you can scan the recs in that section.

Last but not least, if you want to explore more podcasts from Black podcasters and people of color, here’s the full Podcasts in Color directory: The List Of Podcasts

The first time we’re made aware of an issue is often on social media, most likely Twitter. And while social media isn’t necessarily the place for nuanced and extensive back-and-forth discussions of complex matters, they can be great starting points for education. Variety consulted a number of Black activists and experts for their recommendations on the best Black and anti-racist social media accounts to follow right now.

Here’s another recommendation: the Instagram account of Unity Celeste. The UK-based influencer has been posting excellent Instagram slideshow roundups of movies and TV shows to watch right now during the Black Lives Matter movement, compiled from the comments and suggestions from her followers, including this excellent roundup of movies and TV shows and where you can find them:

To donate to the Black Lives Matter organization, go here.