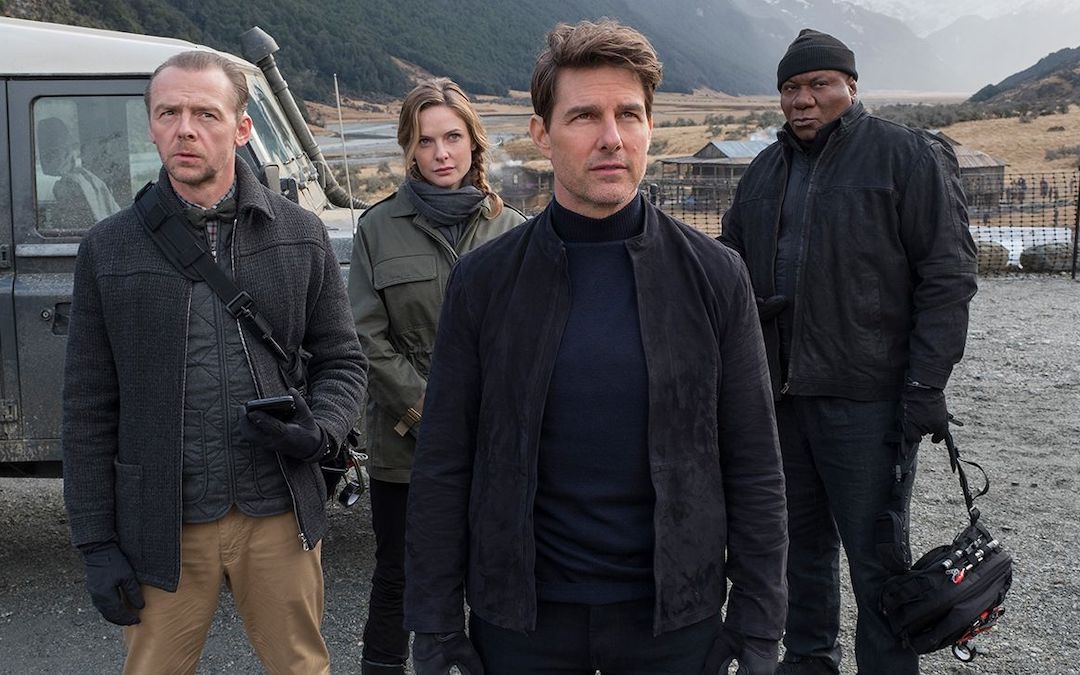 With this weekend being Memorial Day weekend, the summer movie season is kicking off in earnest. With Top Gun: Maverick hitting theaters and the first trailer for Mission: Impossible – Dead Reckoning – Part One dropping, we might as well declare this Tom Cruise Week. Along with those, there’s some big casting news for two blockbusters and one of the most anticipated projects gets ready to film.

Thirty-six years in the making, Top Gun: Maverick is set to fly into theaters and it’s bringing with it some incredibly positive reviews. So glowing are the reviews that a number have praised Top Gun: Maverick as not only being the rare sequel that’s better than the original, but the even rarer one that retroactively improves the original movie. The sequel’s thrilling aerial stunts are also being praised, with the cast charismatic and game for the high-flying action. Unsurprisingly, it’s eyeballing a huge opening weekend. Box office projections have it placed at a $92-$100 million domestic opening weekend and $180 million for its worldwide total, which would be the best opening of Cruise’s career. That said, with the four-day holiday weekend and the overwhelmingly good reviews, Paramount and exhibitors are hoping that it’s a blockbuster that overperforms in its opening weekend. Considering the buzz around it, it’s certainly possible that it will.

It’s Tom Cruise’s week and we’re just living in it, apparently. Capitalizing on the hype being generated by Top Gun: Maverick, and its star, Paramount also dropped the first trailer for its long-delayed Mission: Impossible – Dead Reckoning. It’s as tense and action-packed as you’d expect. Kittridge is back! Elsa has an eyepatch! Ethan Hunt flies off a cliff on a motorcycle! Check it out below:

Really unfair that we have to wait another year and two months before this hits theaters. Inject this into our eyeballs right now.

The cast of Sony’s Madame Web continues to grow, adding a brand-new face this week. Ghostbusters: Afterlife‘s Celeste O’Connor has signed onto the Sony Spider-Man universe pic, though it’s unknown who she will be playing. She joins a cast that already stars Dakota Johnson in the lead role and Euphoria‘s Sydney Sweeney. S.J. Clarkson is directing off a script by Burk Sharpless and Matt Sazama; Kerem Sanga wrote an earlier draft. Sony released a short synopsis of the film, which says “the film will be an origin story of the clairvoyant [Madame Web], whose psychic abilities allow her to see within the spider world.” This is pretty close to the comics, where Cassandra Webb, a.k.a. Madame Web, is a mutant gifted with clairvoyance, telepathy, and precognition, as well as the ability to sense psionic powers in others and to appear to others in spirit form. Before her death, she passed on her mutated abilities to Julia Carpenter. Other than that, Sony is keeping plot details well under wraps, so it will be interesting to see how they adapt Madame Web’s story for the big screen.

After his Best Picture-winning Parasite, people were eagerly waiting to see what Bong Joon-Ho would do next. As it turned out, it would be a sci-fi movie with Robert Pattinson attached to star, an exciting proposition. It got even more exciting last week when it was announced that Toni Collette, Mark Ruffalo, and Naomi Ackie had also joined the cast. Now, Deadline has revealed that the film is gearing up for production in the UK. The film does not yet have a title but the story is based on Edward Ashton’s book Mickey7. The story follows Mickey7, known as an “expendable,” a human clone who is sent on an expedition to colonize the ice world Niflheim. When there is a job too dangerous for humans to go, Mickey7 is sent in, regenerating with a new body and memories mostly intact each time he dies. Now in his seventh body, Mickey7 truly understands his existence and why no one else will take the job. Along with directing and producing, Bong also wrote the script.

Fresh off her delightful role in Steven Spielberg’s West Side Story, EGOT winner and legendary actress Rita Moreno is joining a very different production in the form of Fast X. Vin Diesel broke the news, along with Moreno herself and co-star Michelle Rodriguez, that Moreno would be set to play Dom and Mia’s grandmother in the upcoming Fast & Furious movie. “It’s been my dream forever to work with Rita Moreno, and the fact that she’s here playing my grandmother makes my soul smile,” said Diesel. “I am so blessed.” Moreno responded, “You know what…I think my old age was waiting for you to invite me. Isn’t that nice? And I’m here—and the answer is yes, I’ll do it,” added Moreno. “And yes, not only do it. I’m tickled. I’m so thrilled. This is going to be such fun!” Moreno isn’t the only new face on the cast for the eleventh movie in the Fast & Furious franchise: Brie Larson and Jason Momoa were also added a while back. Louis Leterrier is directing. He replaces longtime franchise director Justin Lin, who stepped down from the production a week into filming.

That is indeed a most godly booty.

The Russos return to their Captain America: The Winter Soldier form.

Never knew I needed to see Idris Elba kick a lion in the face so badly, but here we are.

Everything’s coming up Idris this week.

I’ve seen the first two episodes of this show and I’m here to tell you that it’s adorable.