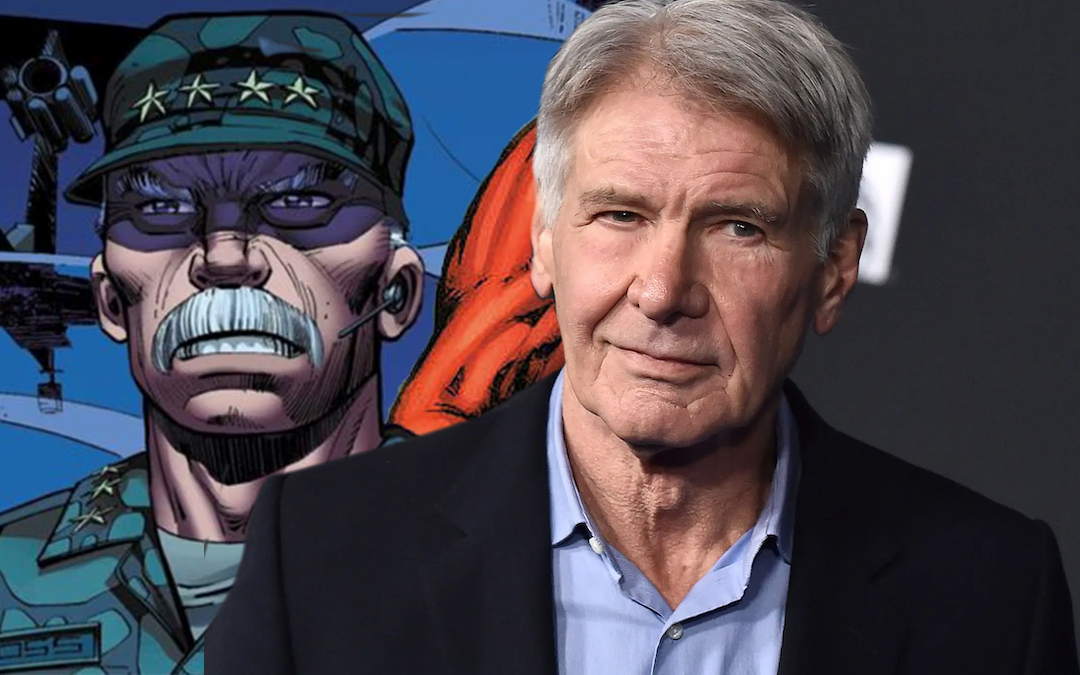 News of the Week: Harrison Ford Joins The MCU As Thunderbolt Ross

We’re three weeks into October, which means Halloween is just around the corner. As the late summer Hollywood lull passes, news is picking up again as everyone gears up for the holiday movie season. This week brings some huge Marvel casting news, some exciting updates for DC fans, a highly anticipated trailer, and more.

For years, William Hurt has played General/Secretary Thaddeus E. “Thunderbolt” Ross in the MCU. However, with actor William Hurt’s passing, Marvel was faced with the decision to write the character out of future projects or to recast. They went with the latter option and the choice they made is incredibly exciting: Get ready to see Harrison Ford in the MCU. The Hot Mic first broke the news with Deadline confirming. Harrison freaking Ford, man. What a coup for Marvel. The actor is confirmed to make his debut as Thunderbolt Ross in the upcoming Captain America: New World Order, and it can be expected he’ll also be a part of the Thunderbolts movie. However, whether or not he’ll become Red Hulk, as he does in the comics, is up in the air. It’s kind of hard to think of Harrison Ford being happy to don a mocap suit at his age, so it’s possible that Red Hulk may not be incorporated into the MCU. Either way, this is a major bit of casting, and Marvel would be remiss to not use him in multiple projects. Exciting times!

Man of Steel 2 Is Looking For Writers

Boy oh boy, are things ever looking up for Henry Cavill. A year after it appeared he’d never grace the screen of a DC project again, it’s all but inevitable he’ll return as Superman. According to THR‘s breakdown of DC’s shakeup, Warner Bros. Discovery is keen on getting a Man of Steel 2 into production–in fact, it’s currently looking for writers. Interestingly, they also report that one of the names on that list is Christopher McQuarrie, who previously worked with Cavill on 2018’s Mission: Impossible – Fallout. McQuarrie writing, and even better, directing a Superman movie would be incredible, but as it’s early days, take that with a grain of salt. Regardless of who directs, this is exciting news for fans. Henry Cavill was always excellent in the role of the Man of Steel, but wasn’t given the right material to work with. Seeing him get a fresh start in the DCEU is long overdue.

It was inevitable that Hollywood would make a movie based on the “Gamestonk” Wall Street fiasco, and indeed, that time is now. Based on the book The Antisocial Network by Ben Mezrich, Sony’s upcoming dramedy Dumb Money is assembling a great cast. Paul Dano, Seth Rogen, Sebastian Stan, Pete Davidson, Anthony Ramos, Vincent D’Onofrio, Dane DeHaan, Shailene Woodley, and Myha’la Herrold have all jumped aboard the project, which is set to be directed by Craig Gillespie off an adapted script from Rebecca Angelo and Lauren Schuker Blum.

The #Gamestonk 2021 debacle involved a group of internet trolls and private investors who banded together on the Reddit subreddit WallStreetBets to take down one of the biggest hedge funds on Wall Street. At a time in which Wall Street investors and hedge funds were circling the dying carcass of video game retailer GameStop like hungry vultures, everyone started selling off shares, thinking the end was near. Enter WallStreetBets, who upended the system by purposely buying up GameStop shares, making the value of the dying company skyrocket. Literal fortunes were won and lost in a matter of days, and the ensuing chaos exposed how much of a scam the stock market really is. With a cast as talented as it has, it will be fun to see how Dumb Money adapts the crazy, real-life story to the big screen.

This is pretty great: there’s a new queer icon in town. At the London Film Festival, where he was promoting his upcoming Glass Onion: A Knives Out Mystery, director Rian Johnson confirmed that Daniel Craig’s detective Benoit Blanc is queer. A question was posed at the press conference regarding a scene in the movie, which shows the detective living with another man. When asked whether Benoit Blanc was queer, Johnson easily responded, “Yes, he obviously is.”

Blanc’s partner is reportedly played by one of the few big name cameos in the movie, a beloved British actor who for now is being kept under wraps. As Johnson teased, “There’s nobody in the world I can imagine in bringing me more joy for Benoit Blanc to be with.” Later, Craig himself joked, “No spoilers: who wouldn’t want to live with that person?” Clearly, it will be fun to see the reveal of his partner, judging from their comments.

Glass Onion: A Knives Out Mystery will hit theaters from November 23-29, with a global debut on Netflix on December 23.

If you thought Harrison Ford was the only big MCU casting news this week, you’re sorely mistaken! Though it’s not confirmed, Deadline has reported that Sacha Baron Cohen has been spotted on the Marvel set at the Pinewood Studios facilities in the UK. Specifically, they report that he’s joining the cast of Ironheart, and in a huge twist, that he’ll be playing Mephisto in the MCU. Of course, there were also reports earlier this year that Marvel wanted Giancarlo Esposito for the role, so all of this is very up in the air.

The appearance of Mephisto in the MCU has become something of a joke, even among Marvel fans, as so many viewers have predicted he’d appear in previous projects only to be proven wrong. If Cohen is in fact playing Mephisto, it would be another unconventional but oddly brilliant choice for Marvel. Mephisto is an extra-dimensional demon who rules over the pocket universe called Hell/Hades. He serves as the ultimate tempter and deal-maker of Marvel, always looking to strike bargains with characters that often come at a high cost. His goal is, as always, to collect souls to power his realm. If Cohen is indeed playing Mephisto, one can imagine he’ll inject the Hell-lord with a sly sense of humor, which would be an interesting but fitting take on the character. Whoever ultimately lands the role, once Mephisto shows up, expect him to become an important part of the MCU as one of Marvel’s most interesting and powerful villains.

And now, your biggest trailers and clips of the week…

I…honestly don’t know if Donnie is winning this one, gang.

Snoop is always a good time.