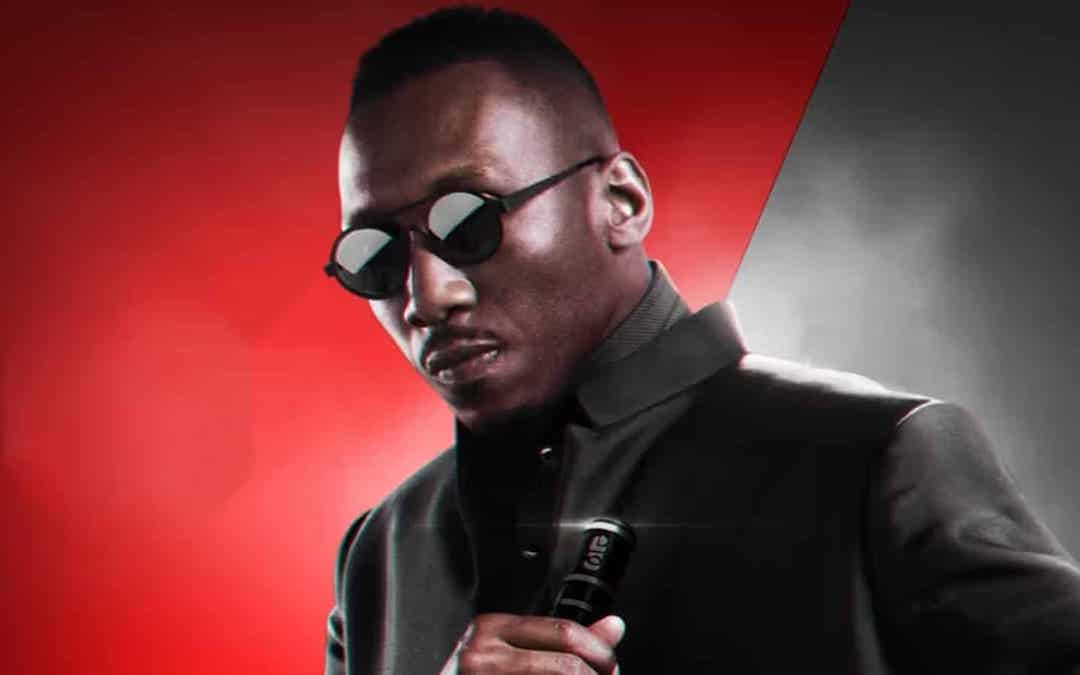 October has arrived, officially kicking off the start of the spooky season. As the late summer Hollywood lull passes, news is picking up again as everyone gears up for the holiday movie season. This week brings some big Marvel news and one huge featurette, the loss of a beloved actress, a big tease for a hoped-for return, and more.

Marvel Shifts Release Dates For A Handful Of Its Movies

The coronavirus pandemic threw Hollywood into disarray, and while we’re no longer getting weekly announcements of major release date reshuffles, there are still reverberations being felt. The most recent comes in the form of another round of release date moves from Marvel for its upcoming MCU movies:

It’s not fully certain if the movement of Blade was the domino that caused the rest to fall, or if they were all going to be moved anyway. Regardless, along with the news of the release date move also came the news that Marvel has temporarily shut down Blade, which is currently in pre-production in Atlanta. The production pause is tied to the studio’s search for a new director; Bassam Tariq, the original director, departed the project two weeks ago. Reportedly, Marvel is fine taking its time as the studio really wants to get it right. That indicates that Blade is an important project in the upcoming MCU slate. Considering that the MCU has been dipping more firmly into the horror-tinged, supernatural side of Marvel, Mahershala Ali’s Blade is certain to be a key part of that. Wise of the studio to slow down and take its time rather than rush ahead.

After his first two movies were a success, Kenneth Branagh is heading back to 20th Century Studios for his third Agatha Christie adaptation. Branagh, of course, will be reprising his role as Inspector Hercule Poirot in A Haunting in Venice, but the cast is quickly rounding out around him. The veteran actor, who is also returning to direct the third movie, will be joined in front of the camera by Kyle Allen, Camille Cottin, Jamie Dornan, Tina Fey, Jude Hill, Ali Khan, Emma Laird, Kelly Reilly, Riccardo Scamarico and Michelle Yeoh. Michael Green adapted the script from Christie’s novel Hallowe’en Party.

Set in post-WWII Venice, Italy, on All Hallows Eve, A Haunting in Venice finds the famed detective retired and living a quiet life in Venice. However, when he’s talked into attending a séance at a supposedly haunted palazzo, he’s pulled back into the world of mystery and murder after one of the guests turns up dead. Once again, it’s up to Hercule Poirot to flush out the culprit before someone else is murdered. Production is currently underway at the Pinewood Studios outside London, UK.

Angela Lansbury Passes Away At Age 96

Dame Angela Lansbury, the beloved icon whose 75-year career spanned the stage and screens big and small, passed away at the age of 96 this week. Her family announced her death in a statement. “The children of Dame Angela Lansbury are sad to announce that their mother died peacefully in her sleep at home in Los Angeles at 1:30 AM today, Tuesday, October 11, 2022, just five days shy of her 97th birthday,” the statement read.

Lansbury is known to most as the clever amateur sleuth and professional writer Jessica Fletcher on the long-running Murder, She Wrote. Lansbury was nominated for an Emmy every single season during the show’s 12-year run. To others, she’s best known as the voice of the warm and nurturing Mrs. Potts in Disney’s 1991 version of Beauty and the Beast, with her rendition of the theme song still resonating today, as well as Disney’s 1971 Bedknobs and Broomsticks.

To older film fans, she’s known for her turn in 1962’s The Manchurian Candidate, playing Mrs. Eleanor Shaw Iselin, a ruthless, malicious woman with a political agenda and a huge secret. And still to Broadway veterans, Lansbury is best known for her star stage turns in Gypsy, Sweeney Todd and The King and I, Mrs. Lovett in 1979’s Sweeney Todd, and, of course, 1966’s Mame, which won Lansbury her first of five Tony Awards.

There has been growing buzz that Henry Cavill is expected to return as Superman in the upcoming Black Adam. Though the rumors that he’d make an appearance at this year’s San Diego Comic-Con didn’t pan out, that hasn’t stopped the anticipation from continuing to build. Now, Dwayne Johnson has further stoked that anticipation with some recent comments he made to CinemaBlend while doing a promo tour for his upcoming movie. Johnson has been adamant that he’d like to see his Black Adam fight Superman one day, as they do in the comics, and he doubled down even more emphatically this time. “Absolutely,” he said when asked if he intended to make a crossover movie with him and Henry Cavill. “That is the whole point of this.” Thus far, Warner Bros. has not seemed in too much of a rush to bring Cavill back, but if anyone in Hollywood has the power to make it happen, it’s Johnson. Here’s to hoping we’ll see the two heavyweights squaring off on the big screen in the next few years.

Disney is dipping back into Middle Eastern folk tales with its next project, a live-action version of Arabian Nights, or, One Thousand and One Nights. While the studio famously borrowed from the collection of stories for its Aladdin, the new project reportedly won’t be tied to anything Disney has done before. According to Deadline, the story will be a unique take on the material, a blend of sci-fi and fantasy. Currently titled 1001 Nights, the new project is being written by Arash Amel, who also wrote the recently successful Rise for Disney+.

It’s not yet known if Disney is adapting just one of the short stories from the collection, as it did with Aladdin, or if it will be a combination of stories. It’s also not known if the studio intends for this to be the start of a movie series. If they do, One Thousand and One Nights is a great IP to focus on. Having been added to over the centuries, the collection features well-known stories like “Aladdin and the Magic Lamp,” “Ali Baba and the Forty Thieves,” and “The Seven Voyages of Sinbad the Sailor,” as well as other equally wonderful but lesser-known stories. There’s no word yet on far into development it is, but it’s one of the studio’s more interesting upcoming projects.

The cast of Paramount’s Transformers: Rise of the Beasts grew by two notable faces this week–or at least two notable voices. Michelle Yeoh and Pete Davidson have joined the cast. Director Stephen Caple Jr. announced the news this week on social media. According to his posts, Michelle Yeoh will be voicing the Maximal Airazor, a heroic flying Transformer. Meanwhile, Pete Davidson will voice the Autobot Mirage. They join a cast to be led by human characters played by Anthony Ramos and Dominique Fishback.

Transformers: Rise of the Beasts will borrow from the Beast Wars era of Transformers. This time, it’s not just the Autobots and Decepticons battling for supremacy. They’ll also be joined by the robot factions Maximals and Terrorcons, who are sure to make the brawl even bigger. Rise of the Beasts is set for release on June 9, 2023.

It’s really starting to feel like this will be a gamechanger, doesn’t it?

This doll is already haunting our dreams.

What a delight this is! It’s good to see Henry Selick back in Nightmare Before Christmas mode.