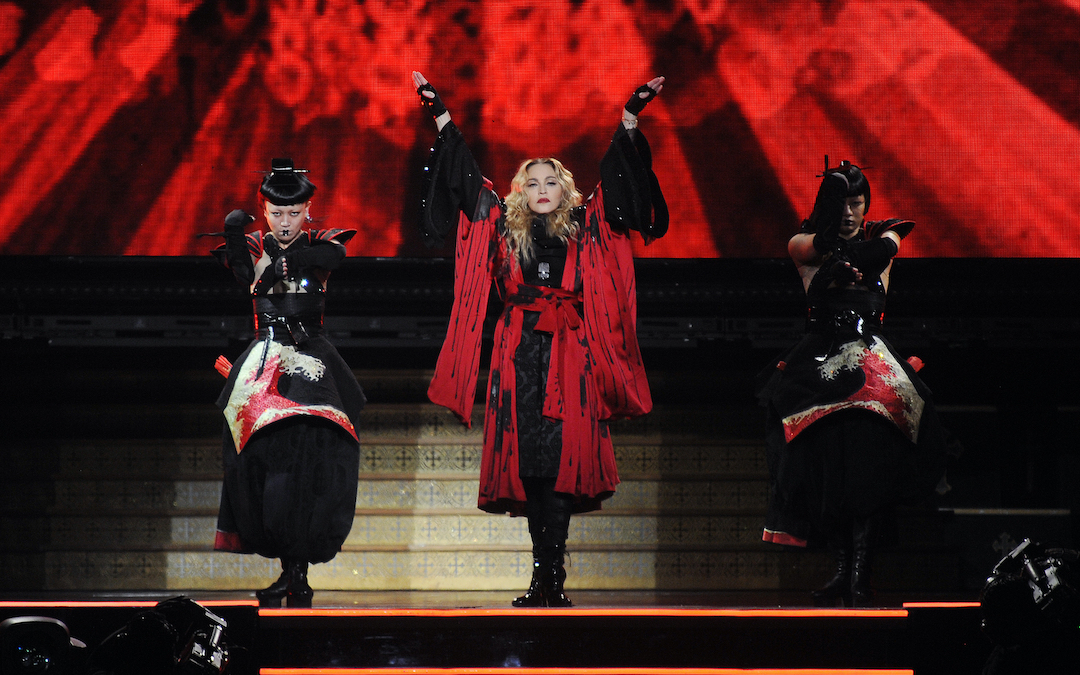 Madonna Is Directing A Movie About Her Own Iconic Life

In a seemingly unprecedented move, Madonna has her next hugely ambitious project lined up: Directing a biopic about her own life. She’s also co-writing the script with Oscar winner Diablo Cody (Juno, Jennifer’s Body).

Universal picked up the project under Donna Langley’s wing and with Amy Pascal set to produce under her own banner. Sara Zambreno and Guy Oseary will serve as executive producers. Universal’s senior executive VP of Production Erik Baiers and director of development Lexi Barta will oversee the project on the studio end of things.

It’s an extremely rare event for the subject of a biopic to be so intimately involved in the production. While they often give input as creative consultants or serve as EPs, their involvement in the day-to-day development and production normally falls under the category of hands-off. For a megastar like Madonna to direct her own movie is unheard of – but then, it’s fitting for a woman who been a rebel and boundary-pusher through her almost 40-year career. The film is set to trace Madonna’s beginnings in the slums of New York City to global superstardom and arguably being the biggest entertainer on the planet at one point.

It’s unclear what form the movie will take, but we can expect it to be a musical biopic, as Madonna hinted at in her statement:

“I want to convey the incredible journey that life has taken me on as an artist, a musician, a dancer — a human being, trying to make her way in this world. The focus of this film will always be music.  Music has kept me going and art has kept me alive. There are so many untold and inspiring stories and who better to tell it than me. It’s essential to share the roller coaster ride of my life with my voice and vision.”

A roller coaster is right. Throughout her career, Madonna broke onto the scene as a Marilyn Monroe sexpot entertainer, had a musical career resurgence in the 2000s by reinventing her style as a dance club icon, has been an actress and producer, a businesswoman, a mother, wife of two men and partner to another, philanthropist and humanitarian. She’s the best-selling female musical artist of all time, the highest-grossing solo touring artist of all time, and a Golden Globe winner for best actress. In comments to the press, Langley called Madonna the “ultimate icon, humanitarian, artist and rebel.”

This will be something of a reunion for Madonna and Pascal, who worked together on 1992’s cult classic A League of Their Own and Pascal is thrilled to be reunited:

“This movie is an absolute labor of love for me. I have known Madonna since we made A League of Their Own together, and I can’t imagine anything more thrilling than collaborating with her and Diablo on bringing her true-life story to the big screen with Donna and our partners at Universal.”

Simply put, there is no bigger icon in the world than Madonna, and though she’s taken a step back from the limelight in recent years, her star power and legacy are undeniable.

“With her singular gift of creating art that is as accessible as it is boundary-pushing,” Langley said, “she has shaped our culture in a way very few others have.”