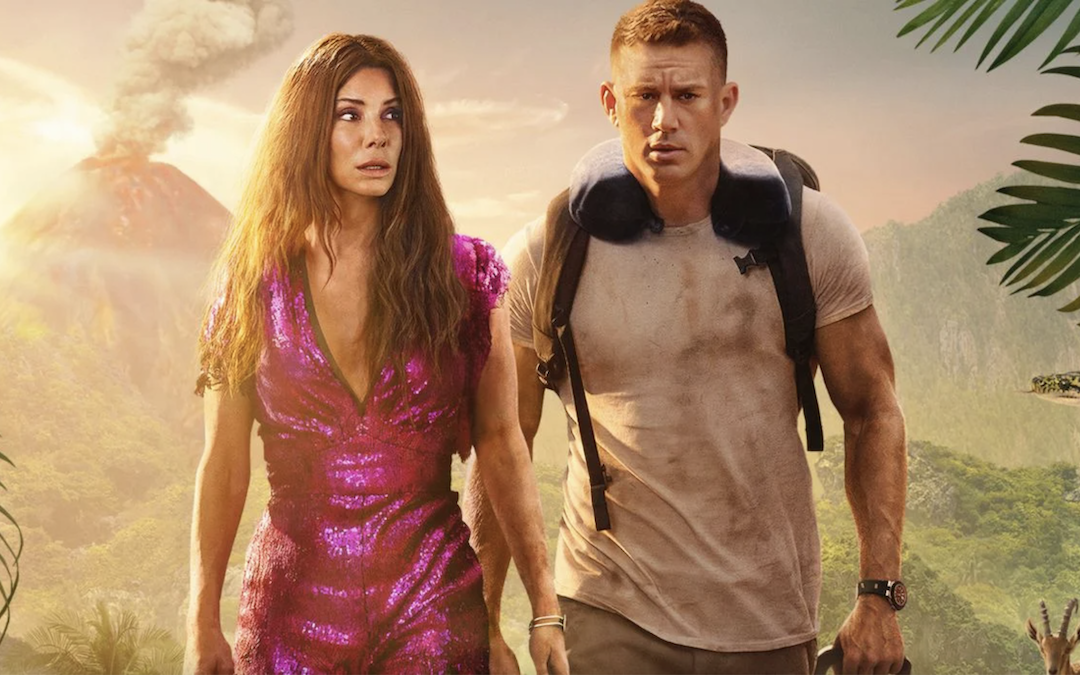 ‘The Lost City’ & How Rom-Coms Have Made A Comeback

The Sandra Bullock and Channing Tatum adventure-romance-comedy The Lost City is soon to hit theaters, and from the start, it was clear the movie was aiming for a throwback vibe reminiscent of Romancing the Stone or The Jewel of the Nile. It’s a strange turn of events to see a studio taking a chance on a movie this audaciously old school. Strange, that is, because for a few decades, rom-coms as a genre have been all but MIA at the movie theater. But in the past few years, the genre of romantic comedy has quietly been making a comeback.

For decades, rom-coms were staples of Hollywood. From black-and-white Cary Grant movies to the modern rom-com explosion of the 90s and early 2000s, the genre ruled the silver screen. And then, suddenly…they were no more. Rom-coms had fallen out of favor with moviegoing audiences and a genre that had once seemed permanent was nowhere to be found. The mid-2000s through just a few years ago was a wasteland for rom-coms as other genres dominated theater screens.

That’s started to change in the past handful of years, however. Thanks to Netflix on the streaming side of things and Crazy Rich Asians on the theatrical side of things, rom-coms have made a comeback in a big way. Starting in 2018, the genre experienced a huge resurgence. To All the Boys I’ve Loved Before and Set It Up were big hits for Netflix, and, well, we know the cultural impact that was made by Crazy Rich Asians. Suddenly, Hollywood seemed to remember how successful romantic comedies could be and realized there might be a small audience – or actually a big one – eager for the fun froth of them.

Part of the resurgence is also due to the fact that rom-com stories started to fix the issues that drove audiences away in the first place. The romantic comedies of yesteryear, well…they haven’t aged particularly well. Toxic and misogynistic tropes have traditionally littered the genre, from romantic pursuers not taking “no” for an answer to relationships being built on lies. In a modern world, and especially after the #MeToo era, the idea of the male lead “deserving” to get the girl or the female protagonist giving up her dreams for a guy don’t exactly sit well with audiences. But writers of rom-coms are starting to get smarter in their portrayal of characters, both men and women, and penning narratives that flip those problematic tropes around. Slowly, the outdated and tired stories of rom-coms past gave way to more progressive and realistic narratives that charmed women rather than making us feel like objects to be won. Thanks to these upgrades in storytelling and the boost from streaming, rom-coms are a viable moneymaker once again. In February, two big rom-coms even released on the same weekend with the Jennifer Lopez-Owen Wilson rom-com Marry Me hitting theaters while the Jenny Slate-Charlie Day rom-com I Want You Back debuted on Amazon Prime Video.

That brings us to The Lost City. It’s a delightful romp piloted by the star power of Sandra Bullock and Channing Tatum, with a zany turn by Brad Pitt and Daniel Radcliffe in a deliciously villainous role. Bullock is the queen of comedy, romantic or otherwise, and Tatum’s comedic chops have long been known. It’s a big, bold, broad jungle adventure carried by the sheer star power of two actors at the top of their game. Their chemistry together immediately sizzles. Watching Bullock and Tatum together is like watching the classic couples from the Golden Age of Hollywood bounce off one another. To borrow a cliché, they just don’t make ’em like this anymore. That’s why it’s so much fun to watch. As is a long-held Hollywood aphorism, comedy is subjective, but a punch translates anywhere. Still, two actors working their tails off to make an audience laugh (or more, in the case of The Lost City) will always be welcome–especially if there’s a dash of potential romance thrown in. We’re just lucky that Hollywood has finally started to remember that.

The Lost City is in theaters on Friday, March 25.

Get tickets to The Lost City.