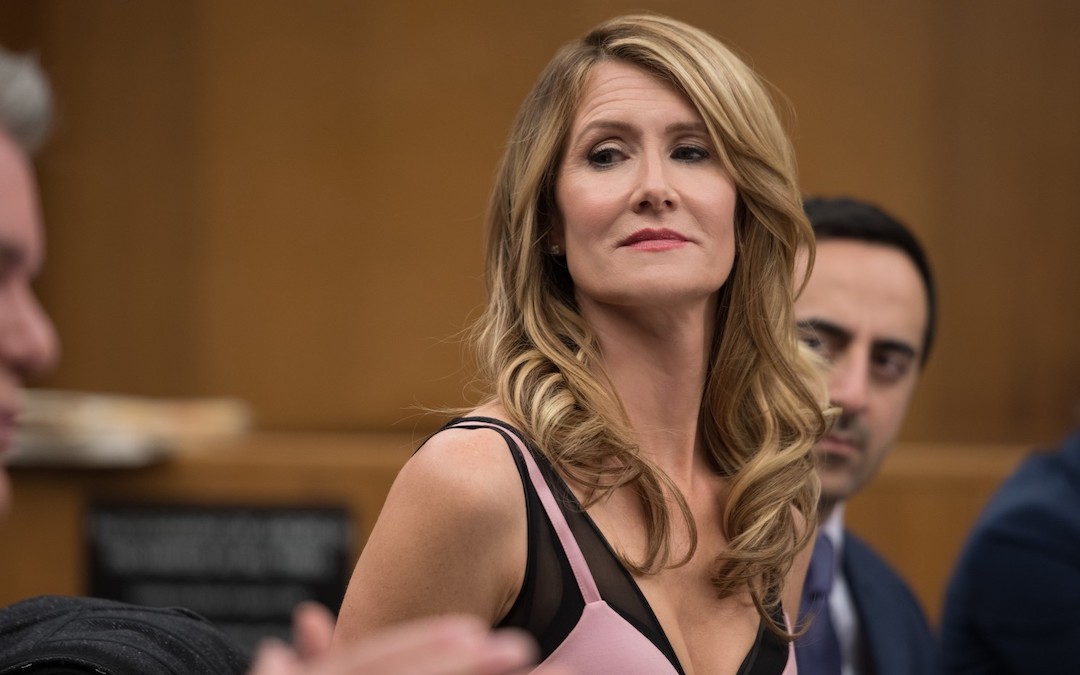 Here at Atom, we love movies. We especially love to dive into the behind-the-scenes and how-did-it-get-mades of filmmaking, which is often as fascinating as the films themselves. There’s nothing like watching a movie that captures your attention, moves you, makes you think, or simply helps you escape your worries for a few hours. While it takes a group effort from the lowliest grip to the assistant director to bring a movie to life, it’s the actors on screen who are our entry point into any film. The best actors make it look effortless; too often we take for granted just how much work it takes to make it appear that way, just how much talent we’re privileged to witness.

Our new regular column celebrates the actors we love to watch by exploring the scenes that illustrate just how great they are at what they do.

In honor of the distinguished actress’s first-ever Oscar win this past weekend, this week we’re breaking down: Laura Dern.

The setup: Let’s start with the role for which she just won Best Supporting Actress, shall we? Dern plays Nora Fanshaw, divorce lawyer for Nicole (Scarlett Johansson) and there to coach her client on what to say and what not to say in front of a mediator. Nicole, blaming herself as women so often do, says something that will bury her in court and Nora seizes on it. What follows is an impassioned monologue from her that pretty much started and ended the awards season conversation surrounding Dern.

Why she’s so good: There’s a reason Dern told USA Today that the scene was “the best Christmas present [she] ever received.” Getting to bite into a meaty monologue like this is fun for any actor as it gives them a chance to experiment and explore. In this case, Dern ultimately goes with an astonishing bit of subtlety. Nora starts off with pragmatic real-talk before cycling into the frustration of every woman who has ever lived in the world, ending in a full-throated rant about the patriarchal bullshit that is the Judeo-Christian construct before capping it off with “But that is the way it is.” For a moment, the angry woman inside the calculating divorce lawyer shines through and it’s glorious, the sort of rant that energizes one with righteous anger. As Nicole gazes up at Nora in awe and admiration, it’s exactly how we as the audience gaze at Dern in that moment, too.

The setup: Big Little Lies was another award-worthy role for Dern: In 2017, she won the Emmy for her role of Renata Klein; in 2018, she won the Golden Globe. Renata is an intense, hard-driving woman who is used to living a life of wealth and luxury. When her husband, Gordon, gambles away all her wealth – Renata is self-made, after all – the volatile working mom finally has a meltdown on her idiot husband.

Why she’s so good: When an actor is clearly told to “go big,” it’s always fun to see what happens. If Nora Fanshaw uses her tightly-controlled frustration like a scalpel, then Renata Klein is a bomb of pure fury. Her rage is a thing of beauty, Dern carefully controlling what seems like an explosion but is really a laser – while jumping up an octave in Renata’s anger, her voice never reaches the only-dogs-can-hear-it register that so often happens when people succumb to purely emotion-driven fury. Every word is clear and sharp, every single one lands like a bullet from a machine gun of language. Even as she “loses” it, Dern knows exactly what she’s doing and how to keep it focused. And her delivery of Renata’s voice-cracking shriek of “Will somebody give a woman a moment?” is an all-timer.

The setup: Wild, based on the autobiographical memoirs of Cheryl Strayed, is undeniably Reese Witherspoon’s movie. As Cheryl, the story revolves around her 1,000-mile hike to find herself in the wake of her marriage dissolving and the death of her mother. As her mother, Bobbi, Dern is only shown in flashback scenes, but those scenes were pivotal and earned Dern a nomination for Best Supporting Actress at the 2015 Oscars.

Why she’s so good: Bobbi (and subsequently Dern) is the beating heart of the movie, the optimist who is both deeply misunderstood and deeply unappreciated by her selfish and self-destructive daughter. The beauty of Dern’s acting is that she’s just so human. While her famous rants and strong feminist role model type characters have become what she’s most famous for, it belies the fact that Dern is often at her most commanding when she’s quiet and unassuming in a scene. This scene starts with Bobbi dancing around the kitchen, bubbling with fun and happiness until Cheryl deflates that joy with her negativity and what she sees as grounding her mother in reality. As the smile drops from Bobbi’s face, and Dern turns to the camera, we expect the next lines to be the words of someone who has been desperately clinging to an illusion with that illusion now shattered. Instead, she surprises us with a moment of raw honesty, a human intimacy that few actors can create like Laura Dern. She threads Bobbi with the quiet dignity of someone who knows their life hasn’t turned out how they anticipated but is making the best of it, infusing her with the serenity of someone who is at peace with who she is. In just half a minute, she takes command of the scene and reverses the power dynamic, revealing herself to be the wise one who sees the world as it truly is.

The setup: Teaming up with director Alexander Payne, whose films embrace dark comedy and satire, Citizen Ruth enabled the actress to tackle the challenging role of Ruth Stoops, an aerosol-huffing, glue-sniffing, screwup with no impulse control or sense of responsibility for herself or the four children she’s already birthed and had taken away (not that she cares). In this scene, the judge berates Ruth as she stands there, finally left with no option but to get an abortion or be slapped with a felony charge.

Why she’s so good: Years ago when I was a kid, my dad pointed at Christina Applegate while watching an episode of Married With Children and said, “You know, you have to be awfully smart to play someone so stupid so well.” It’s an observation that’s always stuck with me. It’s hard to nail comedic timing; it’s even harder to play someone truly dumb. The glint of intelligence in one’s eye gives it away, or a too-alert facial expression betrays that the wheels upstairs are turning. But Dern plays Ruth with the slack-jawed blankness of someone with a complete lack of self-awareness, the willful ignorance of someone who has no idea how they work, no idea how the world works, and zero interest in learning, even as she stands in front of a judge being charged. Helping her is the fact the Dern’s peculiar physicality works to her advantage here, her tall, lanky frame hollowed out, the bird-like boniness of a chronic junkie whose only thought is how to get her next fix.

The setup: This wasn’t the first time that David Lynch teamed up with his longtime muse Laura Dern, but it was the collaboration that got the world to view Dern differently than it had before. As the sultry, restless Lula, Dern more than held her own as a then-23-year-old starring opposite the always intensely unhinged Nicolas Cage, who himself was only 26 at the time. The reason for the Bonnie-and-Clyde-esque nature of their amour fou romance is revealed in this scene where Sailor explains to Lulu that his bad past is catching up to them.

Why she’s so good: It’s not often we think of her as a wild-haired and just plain wild seductress, but that’s just what Wild at Heart did for Dern. She was all exuberant passion and writhing sex appeal, oozing heat through leather and leopard print and using her long limbs to entice the viewer. This scene is an amazing bit of non-verbal acting from Dern; as Cage monologues, Dern responds without words and even in her distress, she still manages to seduce. The hand slowly railing up her neck to bury itself in her wild hair, the pouty red lips, the breathless, husky drawl; even in the midst of Lynchian weirdness Dern is undeniably sexy. It was a turn few people saw coming and it cemented Dern as one of the most versatile actresses around. Plus, this scene put Chris Isaak’s song ‘Wicked Game’ on the map, and we’ll never again be able to hear its moody, sultry chords without being put in that kind of mood.

If you want to see what Laura Dern is currently doing, you can catch Marriage Story on Netflix or catch her as Marmee March in Greta Gerwig’s Best Picture-nominated Little Women, currently in theaters. Get tickets here.