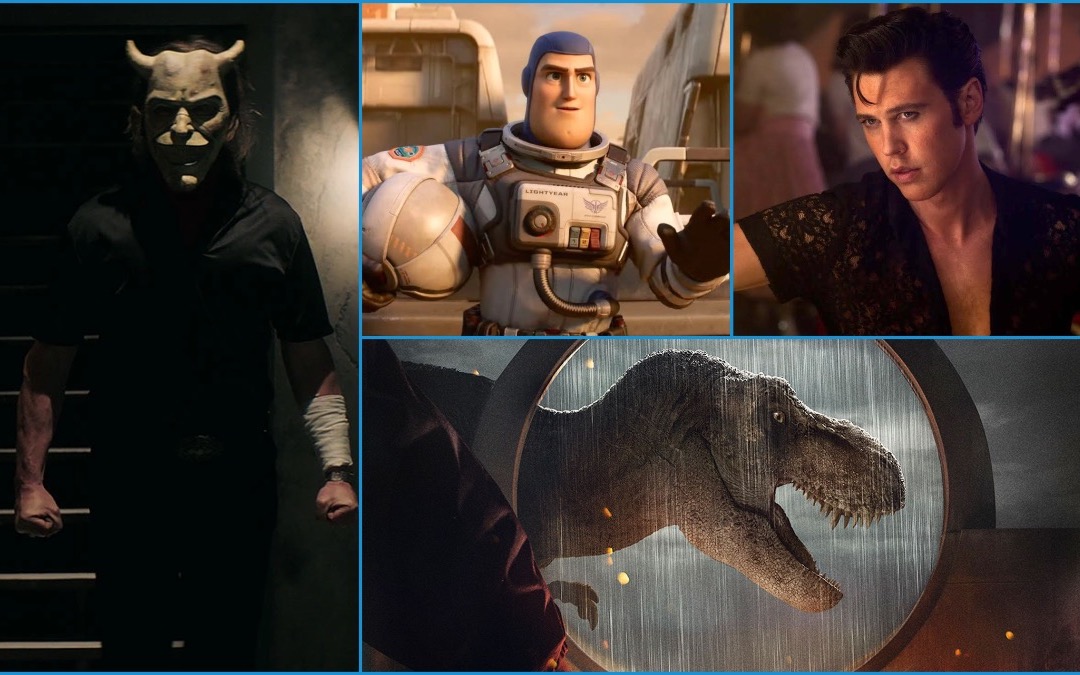 June is here, which means summer is in full swing. After May began and ended with two huge blockbuster sequels, June doesn’t have quite as many wide-release movies. Still, that doesn’t mean there’s not something for everyone. The long-awaited conclusion of the Jurassic World trilogy, a Pixar origin story, a buzzy horror movie from Scott Derrickson, as splashy musical biopic and more are hitting theaters.

Here are all the wide-release movies coming to theaters in June 2022. Get tickets here.

The master of sci-fi body horror, David Cronenberg, is back with his first feature film since 2014 with Crimes of the Future. In the not-so-distant future, humankind is immersed in a synthetic environment. As a result, the human body starts undergoing strange mutations and changes. Celebrity performance artist Saul Tenser plans to take advantage of this by showing off the changes happening to his body and internal organs. But a mysterious group is following his public antics with interest, planning to use him to predict the next evolution of humankind.

IFC Midnight’s Watcher is sure to be one of the indie studio’s typically excellent thrillers. When a young actress moves to the city and into a new apartment with her fiancé, a new, happy chapter of her life seems set to begin. But a serial killer begins stalking the city…and the actress notices that a mysterious stranger keeps watching her from across the street. Is he the killer? And is she his next target?

Now that dinosaurs have been loosed into the world, humanity has to learn how to coexist with them in Jurassic World Dominion. Four years after the destruction of Isla Nublar, dinosaurs now live alongside and hunt humans. The future of humanity hangs in the balance as nature’s fight for the top apex predator begins. This time, however, it might not be humans who win.

Pixar’s Lightyear tells the story of the famed space explorer Buzz Lightyear–the “real” Buzz Lightyear that the toy was based on. The brave astronaut Buzz Lightyear sets off on an intergalactic mission with his team of young recruits and his trusty robot by his side. Along the way, he runs into danger of all kinds. It’s up to him and his team to make it back to Earth as heroes.

The hype has been buzzing for director Scott Derrickson’s return to horror with The Black Phone, an adaptation of a short story by Joe Hill. When 13-year-old Finney is kidnapped by a sadistic child killer and kept in his soundproof basement, he starts getting strange calls from an old phone in the room from the serial killer’s previous victims. With the help of the spirits of the other murdered boys, Finney–and the murdered boys–are determined that what happened to them won’t happen to him.

Baz Luhrmann returns with another musical extravaganza with Elvis. The story follows Elvis Presley’s life and music through the lens of the two most important and complicated relationships in his life in his manager Colonel Tom Parker and Priscilla Presley. As Elvis reaches the heights of stardom, his career unfolds against the backdrop of a changing America and the social upheaval of the ’60s and ’70s.