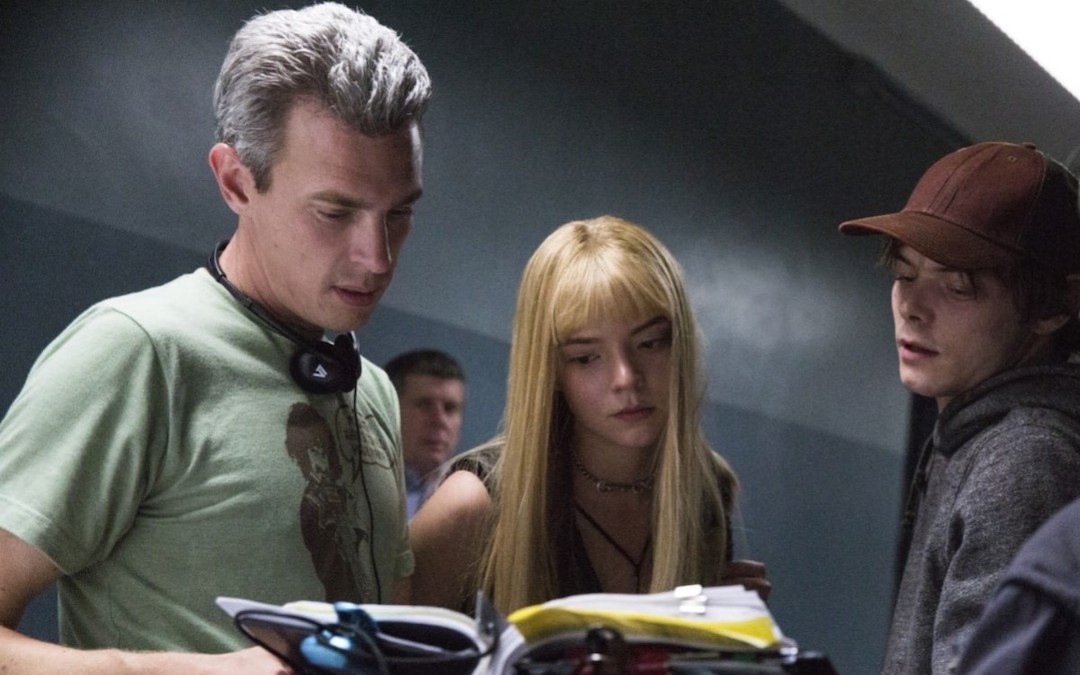 This week, after many long years and numerous reschedules, Fox’s final Marvel superhero movie, The New Mutants, is finally hitting theaters. Billed as Marvel’s first horror-thriller, follows five teenagers with dangerous mutant powers who are sent to a secret facility for treatment – and to arguably keep them away from the world. But they quickly find there’s no escaping from the facility, and something even worse than the humans experimenting on them is lurking.

I sat down to talk to director Josh Boone about the long, strange trip The New Mutants has taken to get to theaters. We talked about the patience he’s learned over the past five years, why so many horror directors came from conservative Christian households, and how his love of Stephen King helped him on The Stand limited series..

Atom Tickets: Congratulations on the movie! I’m really excited to see this.

Josh Boone: I’m so excited for people to see this!

It’s been so long since you started this. What did you feel when you finally saw the rough cut assembled for the first time?

JB: It was such a long development process. Just like with The Stand, I find that when you do bigger IPs that cost more money, it just takes a lot longer to get everything through the system. This one was sort of unique because it wasn’t a project they were developing but I knew Fox had the rights to it. I had just made The Fault in Our Stars, and it had made a significant amount of money for them. So I was like, “Maybe I can go in and see if they can give me something cool!” [laughing]

So was New Mutants always the plan?

JB: My best friend and I, we both grew up in Virginia Beach and had been raised by very Christian families, we were always attracted to some of that darker stuff just in general because of how we were raised. You sort of want the stuff you can’t have. So when I saw Bill Sienkiewicz’s covers for New Mutants for the first time when I was a kid, there’d never been comic book art like that before. It was dark, it was horrific, it was surreal. So there was never a lightbulb moment when I said, ‘I need to make a superhero movie,’ it just organically was what the comics were. But I knew it was an interesting thing and had an interesting spin and allowed me to do what I kind of already thought I liked to do, which was make movies about kids and young people and romance and things like that.

It’s been, what, almost five years since you first did that concept comic to pitch to Fox?

JB: My phone told me yesterday that it had been three years since I’d been on set. It was like, ‘This is where you were three years ago!’ So we shot it three years ago. We probably developed it for a year before that, so it probably took just over four years for it all. The active development process is where it changed the most so the movie has always been what the movie was because we were never able to go back and do any reshoots or pickup shots or anything like that because everything was frozen because of the merger. So my happy ending is that we really did get to bring to the screen the movie that I had wanted to make and the movie that we made.

You’ve always been so gracious throughout it, but I imagine that at times it must have been frustrating with how prolonged everything was. Is there anything you learned throughout this process about being patient with situations you can’t control? I feel as though it’s really relevant to what we’re all experiencing right now with quarantine.

JB: It’s a movie about kids quarantined in a hospital they can’t get out of, so it’s weirdly timely. Just like The Stand is weirdly timely with the pandemic in ways that are all out of my control. It’s just sort of what the universe wants, you know? I’m happy for it to be here in whatever form it is. I’m happy for people to finally see this – I’d rather them go to movies than to house parties!

Okay, I have to talk to you about The Stand. I grew up with Stephen King, I have all his books lined up right here –

Yes! So what was it like adapting such a seminal work of King’s?

JB: Like I said, I was raised by very religious parents, so Stephen King was kept in the box springs under my bed. [laughing] I read The Stand for the first time the summer I was 12. I had the original version, not the uncut version, I had the ’70s version.

That’s the version I read as a kid, too.

JB: I remember reading the chapters with Nick Andros, when he’s caring for the men who had beaten him up, and when he gets attacked by the dog and all that. So those were vivid, vivid childhood memories and I wrote Stephen King a letter when I was about 12 – my mom had even burned his books in the fireplace at one point, because they were, you know, “Satanic” or whatever. He was so nice to me, he even signed some books for me. Years later, I made my first movie and I put him in it as a cameo of himself where he’s giving encouraging advice to a young Nat Wolff, who is an aspiring writer, and it just built from there. I tried to work on a couple different [Stephen King adaptations] and The Stand is the one that took off.

It’s also taken quite a while to get to the screen.

JB: It truly took probably five or six years to get it from Warner Bros. to CBS, and it kind of snowballed along the way, accumulating people I had worked with in the past. Amber [Heard] had been involved since I did Fault in Our Stars, Greg Kinnear and Nat Wolff are actors I’ve worked with more than once, Henry Zaga, who is of course in New Mutants. So we sort of brought the cast to it, brought it to CBS, found the best showrunners we could collaborate with. I brought Knate [Lee], who wrote New Mutants with me, our producing partner, Jill [Killington], we got Stephen King’s son, Owen. We worked on it for about a year developing it and I directed the first and the last episode. I wrote the first one with Ben [Cavell], the showrunner – and Stephen King wrote the last episode!

JB: Honestly, one of the best days of my life was when an email arrived – I had been nagging him forever to write this, I mean, just nagging him. Like, he hated me – not really – but maybe kinda he did? [laughing] He wrote us really an original story set after The Stand about Frannie and Stu that he’d really wanted to tell for a long time. So I really got the best of both worlds, I got to make the first one and the last one, and then I went back to finish New Mutants, so it was a lot of great closures from childhood in a row, from my Marvel comic books to my Stephen King love.

I also deeply love that the Skarsgård brothers appear to be cornering the market on Stephen King villains.

JB: Right? I was always joking on set like, “Don’t you understand you could put Pennywise and Randall Flagg together and they’re brothers?”

And there’s also Bill’s character on Castle Rock that I thought might have been Randall Flagg. You just need to get them all. Gustaf, Stellan...

JB: I’ll take them all. But Alex was fantastic. He was incredible to work with. He really had, in my vision – okay, the thing for Flagg, to me, that was always lacking was that Flagg had to be as sexy as he was evil in order for me to believe Amber Heard was going to have his Antichrist. So I knew I needed a Randall Flagg who was a stud and one of the greatest actors of his generation and we got both.

As you said, you grew up religious. But you’ve done New Mutants, which is a horror thriller. There’s The Stand. There’s also The Talisman, I believe?

JB: I just wrote a draft of it years ago. It was another one I read as a kid that deeply affected me. Wolf and Jack were, like, everything to me.

Oh, same. And The Eyes of the Dragon.

JB: I loved that one.

So many directors that get into horror filmmaking seem to come from that fundamentalist background. There’s also Scott Derrickson – he’s been open about it – and Rian Johnson, who, funnily enough, has said he likely won’t do horror for that reason, because of his background…

Absolutely. What do you think it is about that sort of upbringing that draws so many filmmakers to horror?

JB: I think I was attracted to Marilyn Manson and Nine Inch Nails and things like that in high school because of the fact it was off-limits and it was so separate from what I was used to going to church. I was like, “What is this dark shit? I love it!” And Stephen King, it’s funny, I don’t know that I always thought of them in that way. When I read his books, even back then, they were always so much more emotional for me than they were about horror. When I’d think of them, I wouldn’t think of Pennywise as much as the poem Ben wrote for Bev, you know? Some of that stuff, the coming-of-age stuff, he tapped into childhood in a way that I related to and his other works opened up to me because of that. It’s the morality of Stephen King.

It was always his short stories that got me. ‘The Jaunt’ still messes me up today.

JB: I read that to my daughter – she’s nine. We’d just read The Institute and a bunch of his other stuff, but ‘The Jaunt’ is a terrifying story.

There you go. That’s your next project.

JB: I want to say that is in development in some way. But, see, Eyes of the Dragon, that has to be animated.

I feel like at this point, pretty much everything of his is in development.

JB: There are, like, four things of his that aren’t in development. Maybe like a poem and The Wind in the Keyhole or something – though that’s probably in development with something for The Dark Tower. Who knows? The Stephen King multiverse is large!

The New Mutants is in theaters on Friday, August 28th. The Stand limited series premiere hits CBS All Access on Thursday, December 17th.

Get tickets for The New Mutants here. 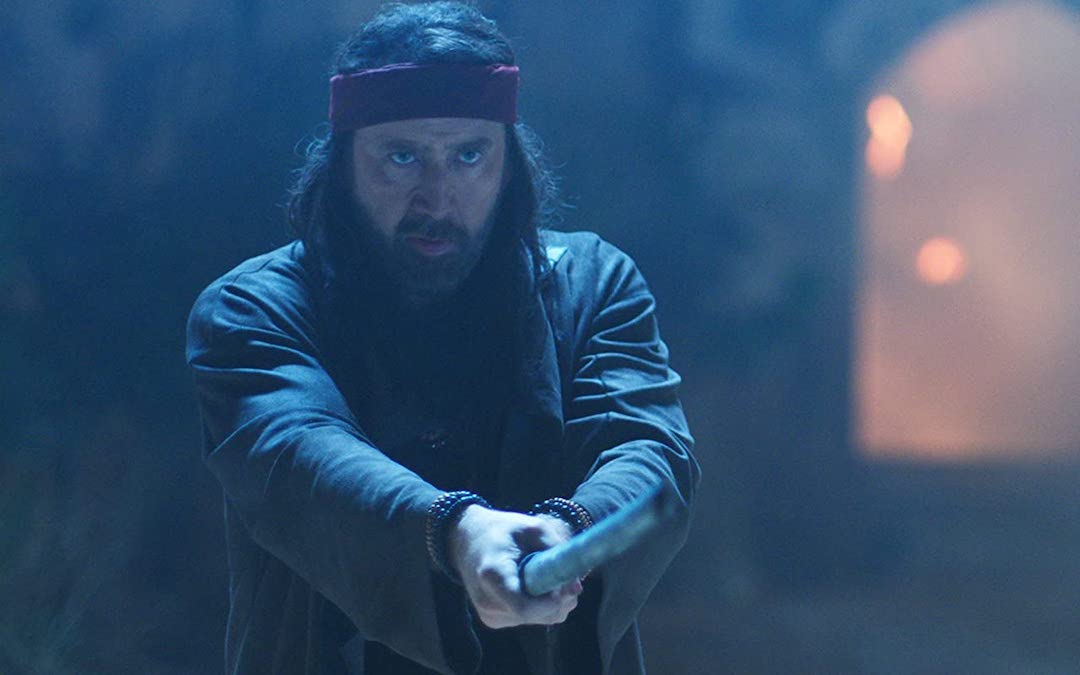 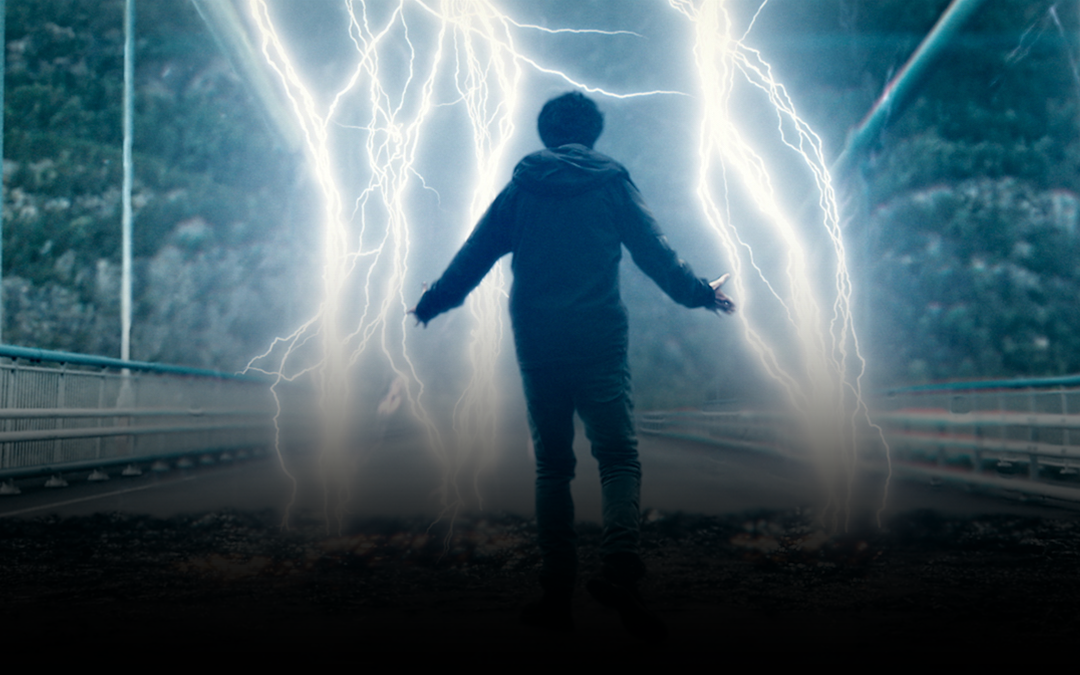 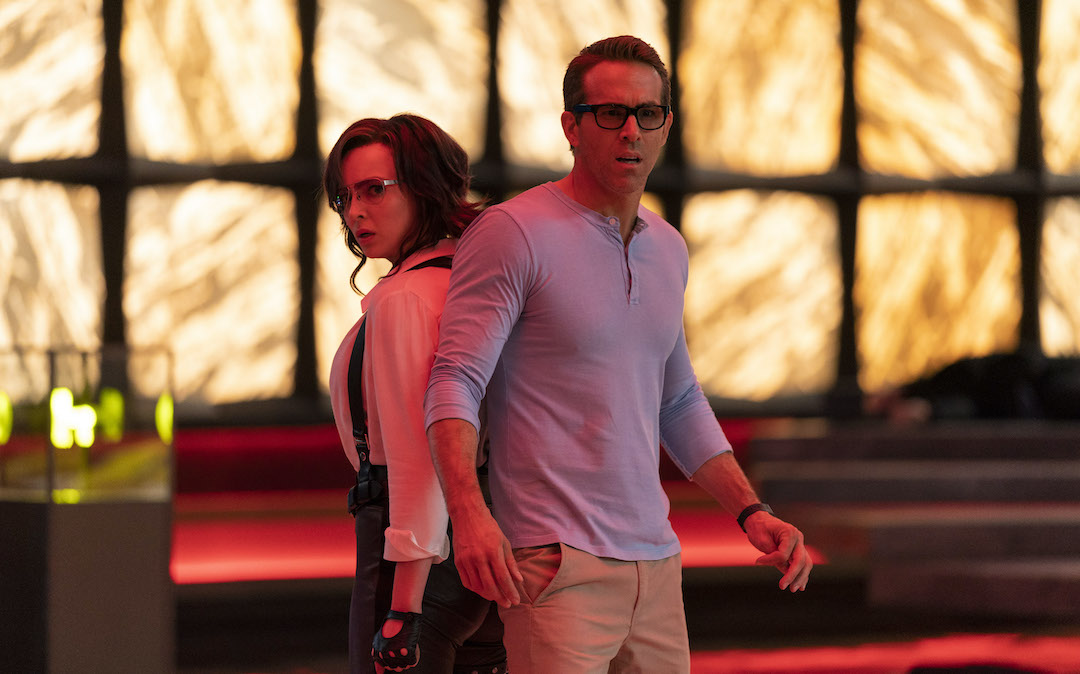