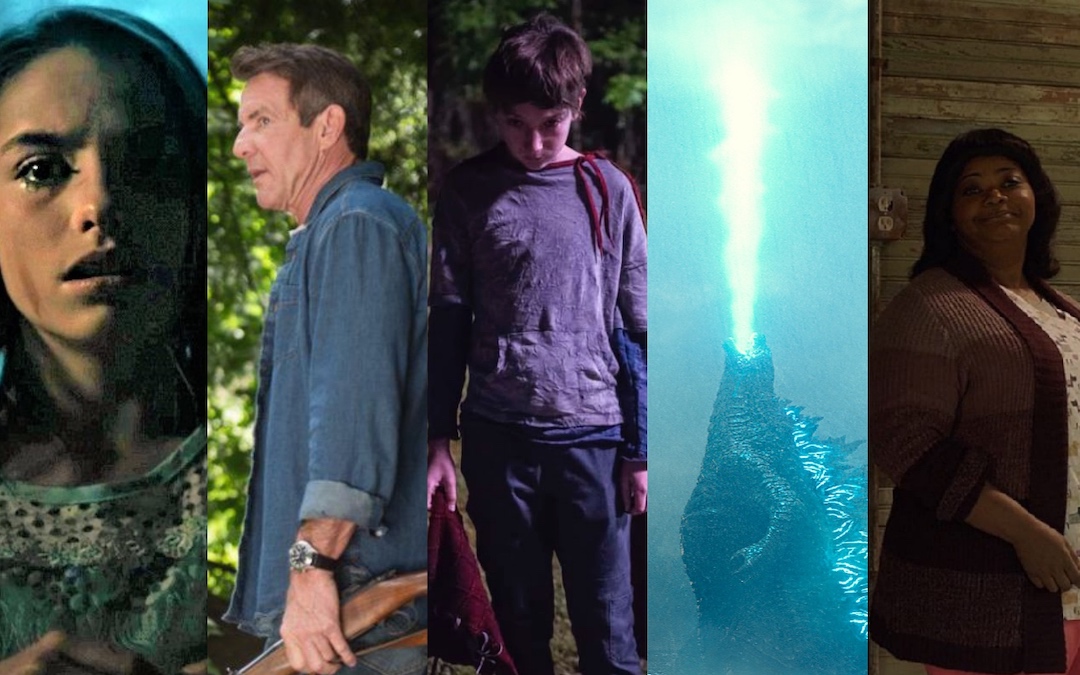 This Month In Horror Releases: May Horror Movies You Need To See

For horror fans, May is a month that offers some highly anticipated titles. From home invaders to giant monsters to deranged superheroes, it really does feel like this month is ready to bring a little something for everyone. To help cut through the vast amount of upcoming options, I’ve picked five films I think you should pay extra special attention to.

Official Synopsis: William has a simple job: he makes dead bodies disappear. But he faces a difficult decision when one of the “corpses” dropped off by local gangsters turns out to still be alive.

Why You Should Check It Out: Director Chad Archibald has a long history of working in horror, with films like The Heretics, Bite, and The Drownsman under his belt as does actress Jess Salgueiro, who appeared in Channel Zero, The Strain, and Orphan Black. A Shout! Studios release, I’ll Take Your Dead has already received great reviews from a plethora of genre addicts. Who better to trust, right?

Why You Should Check It Out: It looks like a mix of Get Out and Fatal Attraction, which is one helluva combo. Throw in some nods to The Shining and hire Hollywood icon Dennis Quaid and you’ve yourself one exciting and tense looking film with The Intruder.

Official Synopsis: You probably know the Superman story. An alien infant crash-lands on Earth, is raised by kindly parents, and grows up to be a hero the likes of which we have never seen. Things could have been different, however. What if, instead of becoming a hero, the alien child became a terror?

Why You Should Check It Out: Produced by James Gunn (Guardians of the Galaxy, Slither, The Belko Experiment), Brightburn takes the current trend of superhero films and offers what may end up being the darkest twist yet. If Superman is meant to inspire, Brightburn is certainly meant to terrify.

Godzilla: King Of The Monsters – May 31

Official Synopsis: Godzilla returns to protect the Earth, and he’s not the only giant monster in town — Rodan, Mothra, and the three-headed King Ghidorah are ready to rumble.

Why You Should Check It Out: Easily one of the most epic movies coming out this year (and certainly one of the most visually striking), Godzilla: King of the Monsters continues what Gareth Edwards began in 2014 and what Adam Wingard will continue in 2020’s Godzilla vs Kong. With cinematic universes being the hot thing, it’s time for titans to reign supreme!

Official Synopsis: A lonely woman befriends a group of teenagers and decides to let them party at her house. Just when the kids think their luck couldn’t get any better, things start happening that make them question the intention of their host.

Why You Should Check It Out: Ma comes from the same studio that brought us Get Out and Happy Death Day and that should honestly be enough to make your ears perk up. Starring the brilliantly talented Octavia Spencer, this thriller should offer yet another fascinating, and terrifying, take on race, society, and the differences between generations. Just remember, horror is meant to make you uncomfortable. If that’s what happens here, it’s doing something very right.

You can get tickets to these movies and more by heading to the Atom Tickets homepage.