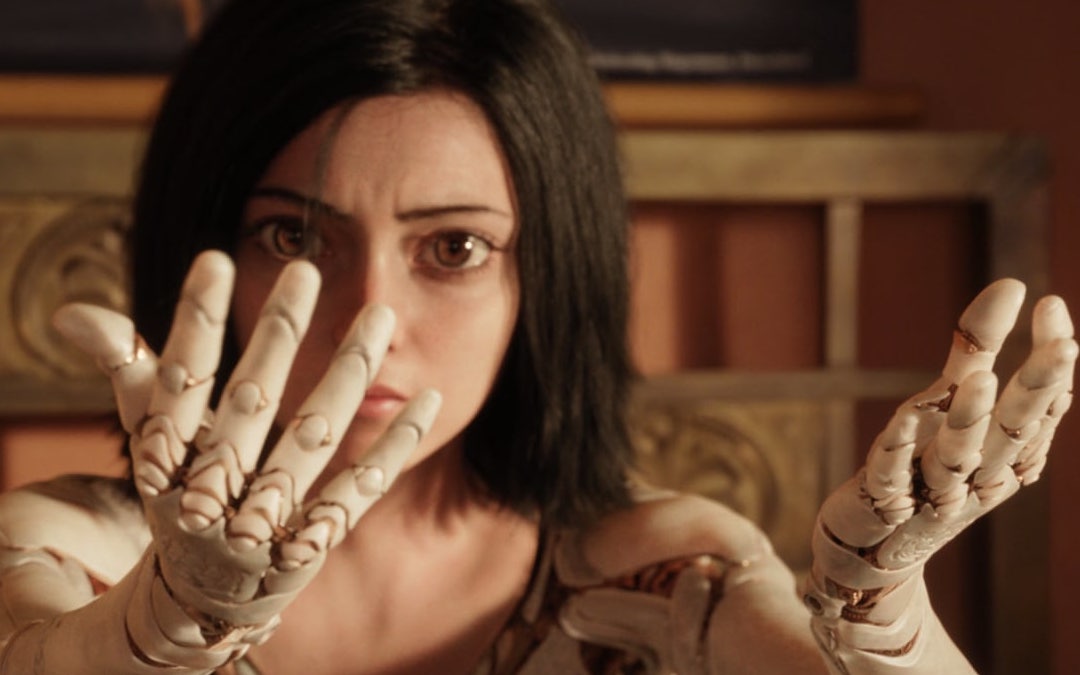 In what’s typically a slower period at the box office, studios are wasting no time getting their latest films in front of eager audiences this February. From romantic comedies and dramas to horror flicks and sci-fi thrillers, Valentine’s Day (and Galentine’s Day) moviegoers will have no shortage of titles to choose from when purchasing those date-night tickets. Read on for the breakdown of February 2019’s biggest movies.

Gina Rodriguez serves some serious bad-ass vibes as a young woman who is forced to become an accessory in the U.S./Mexico drug war. As the fight gets personal, she begins to play both sides in order to save the only family she has left. Based on the 2011 Spanish-language film of the same name.

See it with: your crew

Liam Neeson stars in this small-town revenge story that gives off Fargo feels in the best way. When “Citizen of the Year” family man Nels finds out his son has been murdered by drug dealers, he takes justice into his own (skilled) hands, and accidentally ignites a turf war in the process. Laura Dern and Emmy Rossum co-star in this violent-but-also-comedic remake of the 2014 Norwegian film In Order of Disappearance.

See it with: your film-buff bestie

The animated blockheads are back and even more clever in the sequel to 2014’s The LEGO Movie. In the aftermath of their town’s destruction, LEGO DUPLO invaders descend from space—oh no!—kidnapping Lucy (Elizabeth Banks) and friends. With some help from newcomer Rex Dangervest (Chris Pratt), naïve nice-guy Emmet (also Chris Pratt) embarks on a dangerous mission to save them.

See it with: the kids (or a kid at heart)

There’s something wrong with Miles… and his mom (Taylor Schilling) believes it’s a possession of the supernatural sort. So far the marketing has been a bit vague in terms of plot, but the ample suspense building and scare factor at the end of the trailer are enough for the film to stake its claim as a horror thriller that’s sure to please.

A gender-flipped reimagining of 2000’s What Women Want, rom-com What Men Want follows Ali (Taraji P. Henson) as she struggles to break into the boys club at the sports agency where she works. Thanks to some magic tea and a bump on the head, she suddenly finds herself with the unique advantage of being able to hear men’s thoughts. Cue the awkward TMI inner dialogue and plenty of laughs.

See it with: your girl gang or your other half

The second “girl hits her head and experiences life-enhancing consequences” movie on the list, Isn’t It Romantic stars Rebel Wilson as a cynical twenty-something whose life takes a sudden turn into a romantic comedy—a PG-13 one at that. Love is all around, men can’t get enough of her and the world appears to be all sunshine and rainbows, much to her horror. Adam Devine, Priyanka Chopra and Liam Hemsworth round out the cast of this Valentine’s Day-friendly flick.

See it with: your girl gang or your other half

Rosa Salazar re-discovers her forgotten past in ‘Alita: Battle Angel’

A Robert Rodriguez/James Cameron film that’s been about 20 years in the making, the long-awaited Alita: Battle Angel finally hits the big screen in February. Based on the Japanese manga, Battle Angel Alita, the visual masterpiece takes place in a futuristic sci-fi world where humans and cyborgs co-exist. The story centers around a former warrior cyborg, Alita, who re-discovers her forgotten past as she is nursed back to health.

See it with: any sci-fi lover

If your idea of a romantic movie involves screams, college humor and solving a death curse, then Happy Death Day 2U fits the bill. A sequel to 2017’s Happy Death Day, this movie picks up two years after main character Tree Gelbman (Jessica Rothe) gets stuck in a loop of living the same day and dying each time until she finds her killer. This time when she re-enters the death loop, she uncovers the reason behind the curse.

See it with: your friend-gang or a date

Humor and heart drive this WWE-themed movie that’s based on the life of WWE Diva star Paige. When Raya (Florence Pugh) decides to pursue the family business of wrestling, she’s thrust into a journey of intense competition and self-discovery. Dwayne “The Rock” Johnson co-stars as himself, dishing out reality checks and motivational pep talks simultaneously.

See it with: your fam, your date, your friends—this one has broad appeal

The third installment in the series, How to Train Your Dragon: The Hidden World introduces a secret land of dragons. When the dragons are in danger of being captured, it’s up to Hiccup (voiced by Jay Baruchel) to rally the village and save the creatures. Cate Blanchett, Gerard Butler and Jonah Hill are among the many A-listers who lend their voices to this DreamWorks animated feature.

See it with: the kids