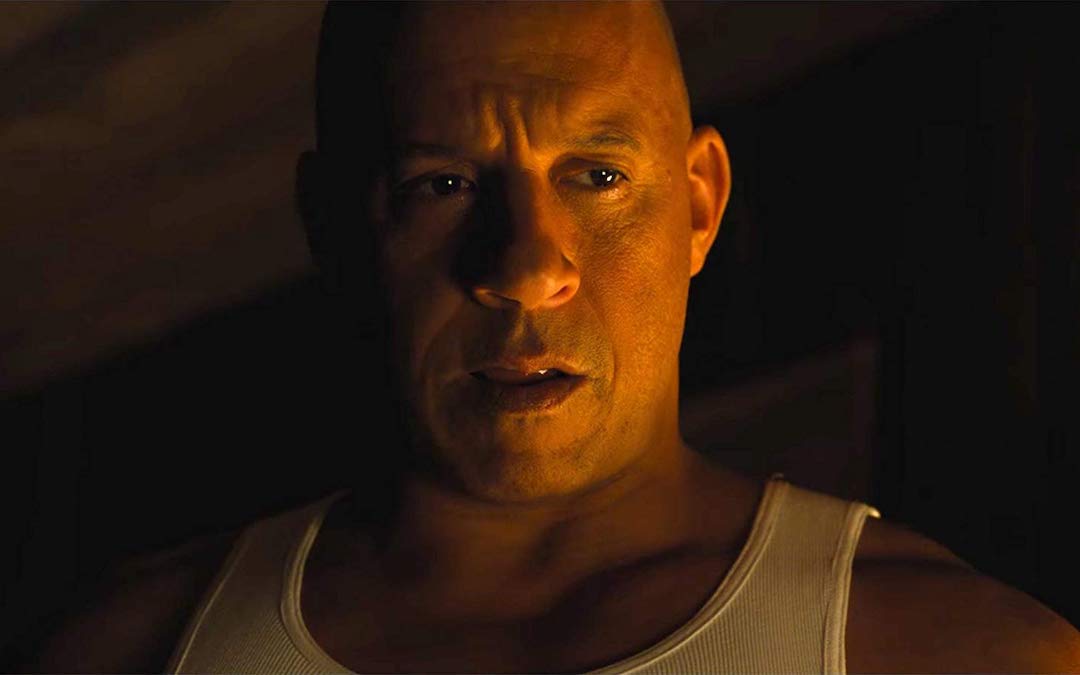 ‘F9: The Fast Saga’ Trailer: The 13 Most Amazingly Ridiculous Moments

The Fast & Furious franchise is an incredible franchise because its actors commit seriously to their work in a franchise that doesn’t at all take itself seriously. The laws of physics have never applied to Fast & Furious movies. Cars jump insane distances, death-defying feats are treated with the blasé attitudes of someone crossing the street, fights happen on jets, trains, planes, cars and highrises. There’s not one instance the writers have ever paused and asked themselves, “Too much?” The thing that makes it work is that it’s always too much, it positively revels in the too-muchness of itself.

Come. Walk with me, friends, as I highlight the dozen-plus-one most ridiculous moments from the first F9 trailer.

Okay, so, this isn’t an over-the-top stunt. Still, there’s no denying that Dom’s trademark line, “I live my life a quarter-mile at a time” is one of the most magnificently cheesy movie lines ever. It’s doubly sold thanks to Vin Diesel’s always intensely serious delivery of it, no matter the circumstances.

2. Letty Gets Bodied By A Truck & Lands On Dom’s Car

Letty is tough as nails, but she’s apparently been injected with Super Soldier serum in F9 because she gets hit with a hybrid Army-looking vehicle while she’s making a jump on her motorcycle and not only is she not somehow completely obliterated, she also manages to miraculously land on top of the hood of Dom’s car.

4. Dom Apparently Has A Secret Brother Who Really, Really Hates Him And It’s John Cena

One might have thought that Dom Toretto might have, you know, mentioned he has a slightly homicidal and estranged brother who is apparently hellbent on killing him. Details. That brother is played by John Cena, who is always a good time in an action movie. Even better is that he apparently comes with a ton of fun toys, including an entire arsenal and all sorts of crazy vehicles.

Last year after seeing the first Hobbs & Shaw footage, I wrote that they apparently loved Captain America: The Winter Soldier so much they modified the bulging-bicep-helicopter stunt from it. In this case, it looks like someone was still watching Winter Soldier because this scene is hella reminiscent of Cap’s elevator fight scene. And I, for one, am here for it.

How can y’all do this to our girl? Seriously. Look at this. It’s a bowl cut. A bowl cut. This movie is doing Charlize dirty. In a world where we have figured out how to pilot a rocket and land it on an asteroid hurtling through space at thousands and thousands of miles an hour, we still can’t get Hollywood wig tech right.

7. Sean Boswell Is Back

After a brief cameo in Furious 7, Sean Boswell is back. Whether or not this will be another cameo scene or a solid supporting role remains to be seen, but it’s nice to see that in the supposed second-to-last Fast & Furious movie, they’re bringing back all the old favorites (more on that in a bit).

That there, friends, is a janky rocket strapped to the top of an ’80s model Pontiac Fiero. Why? Who knows! But it sure goes fast. Fast enough to apparently keep up with an actual jet, thereby upholding one of the fundamental tenets of Fast & Furious: When all else fails, just add more rocket fuel.

When I went home to Pittsburgh for Christmas, I got to spend a lot of time with my 2-year-old and 3-year-old nephews who are obsessed with cars. Obsessed. They loved hooking them together, smashing them up, dropping them off dressers and Lego sets, flipping them, crashing them. What I’m saying is that F9 is basically the big-budget version of my nephews’ imagination. Amazing.

10. Driving Up A Collapsing Rope Bridge

If we can’t have a world in which Dom Toretto can drive an old-model Jeep up a swiftly collapsing and flimsy rope bridge like a beautiful steel bird, I don’t want to be a part of it.

11. A Magnet Plane Because Reasons

Cipher might have a terrible bowl cut in this movie, but what she loses in haircuts she apparently saves for buying ridiculously cool transport, including a…a magnet plane? Sure. We’ll go with “magnet plane.” It’s kind of sweet. John Cena drives straight off a cliff and trusts that Cipher will be there to catch him – and she does. That’s a healthy relationship right there.

Somewhere, there’s a physicist watching this trailer and just screaming “That’s not how this works! That’s not how any of this even WORKS!” at his computer. And he’d be right. But he’d also be boring.

After months (if not years) of speculation, finally we get it: #JusticeforHan. I’m not even going to try to explain this one, so I’ll simply share the words of the clever internet pirate who slipped this into Sung Kang’s Wiki page before the lightning-fast Wikipedia editors took it down:

Confirmed: Han is an immortal being.

F9: The Fast Saga is in theaters on May 22nd. Preorder your tickets here.