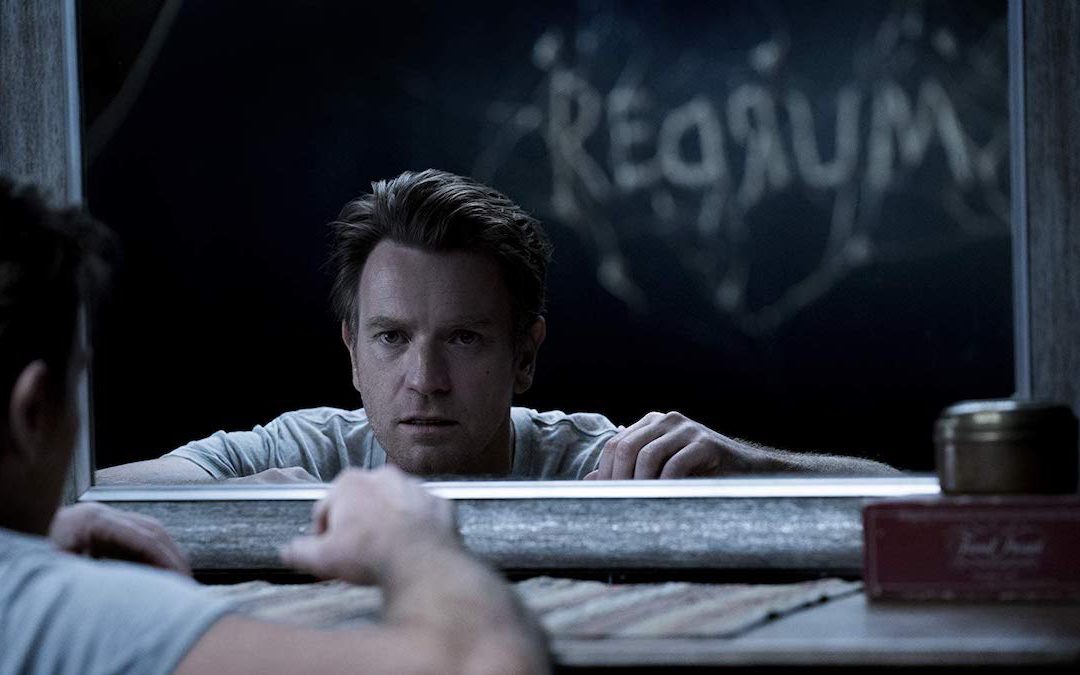 Everything You Need To Know About ‘Doctor Sleep’ Before Seeing It

This week, the third Stephen King movie adaptation of the year is hitting theaters. But while Pet Sematary and It Chapter Two are based on two of King’s classic works, Doctor Sleep isn’t as well-known, even to horror fans and readers of Stephen King.

Before getting your creepy scare on this weekend, here’s everything you need to know about this most excellent Stephen King tale.

It’s A Sequel To ‘The Shining’ – Both Book And Movie

The Shining is one of Stephen King’s best-known works for a reason. The book itself is fantastic, but it’s really Stanley Kubrick’s movie adaptation (which King famously hates) that burned it into the collective pop culture consciousness. The Shining followed the terrifying events that befell the Torrance family one winter as they stayed at the secluded Overlook Hotel.

Almost everyone knows the general story of The Shining right now, but for those who don’t, a quick recap: Writer Jack Torrance opted to take a job as the winter caretaker of the Overlook, figuring a winter away from everything in a secluded location would help him overcome his writer’s block and finish his novel. But the Overlook is a malevolent place, full of ghosts and evil things, as his 5-year-old son, Danny, soon learns. Danny is gifted with “the Shining,” or what we’d call precognitive and other telepathic and telekinetic abilities. The ghosts soon latch onto him as he shines like a beacon; meanwhile, they latch onto Jack’s own internal demons. His addiction, his alcoholism, his angry tendencies, all are exacerbated and enhanced by the corrupting influence of the Overlook. Jack soon becomes murderous and vengeful and eventually tries to kill Danny and his wife, Wendy, but they escape when Danny mentally overpowers him enough to break through his father’s possession. In a last act of clarity and heroism, Jack tells them to run before he sets the boilers to explode, killing himself and taking out the Overlook (in Kubrick’s movie adaptation, he becomes trapped in the Overlook’s hedge maze and freezes to death). 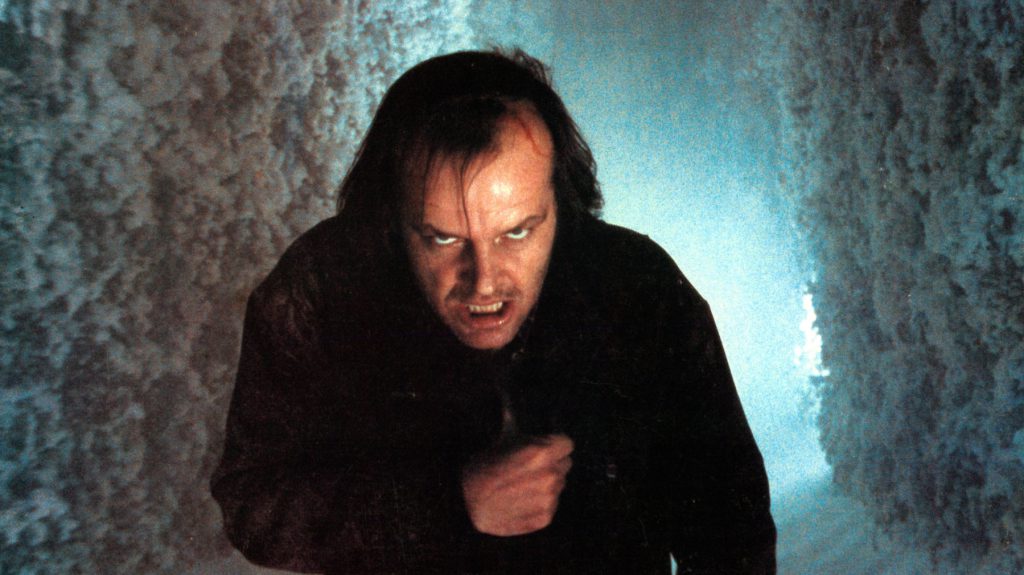 Doctor Sleep, written 36 years after The Shining, focuses on a now-adult Dan Torrance. Just like his dad, Dan struggles with addiction and substance abuse, preferring to dull his shine with the contents of a bottle. He learned early on as a kid that there are dark things in the world that are attracted to how brightly he shines, so he spent his whole life trying to dim himself. Eventually, he hits rock bottom and ends up in a small town in New Hampshire, down to his last pennies and utterly without hope. With the help of the kind-hearted Billy Freeman, Dan finally resolves to get sober and starts attending AA meetings. Meanwhile, he takes a job as an orderly in a hospice and finds he can put his powers of the shining to good use, easing patients in their last moments before death. The title of the book comes from the nickname he’s given by the patients of the hospice: Doctor Sleep, the attendant who guides them into their final rest.

Dan is eventually contacted via the blackboard in his room by, Abra, a young girl with the shining, one potentially even more powerful than he is. They build a long-distance psychic friendship this way, with her becoming his “Uncle Dan” and him becoming something of a mentor to her. But she’s soon put in danger when her powers attract the notice of a cult known as the True Knot, led by Rose the Hat, immortal psychics who feed on the “steam” (or the shine) of gifted kids after torturing and killing them. Dan eventually has to decide if he’s going to keep locking his powers away and hiding forever, or if he’ll put himself in harm’s way to protect Abra and stop the True Knot.

But It Has A Wildly Different Ending Than The Book 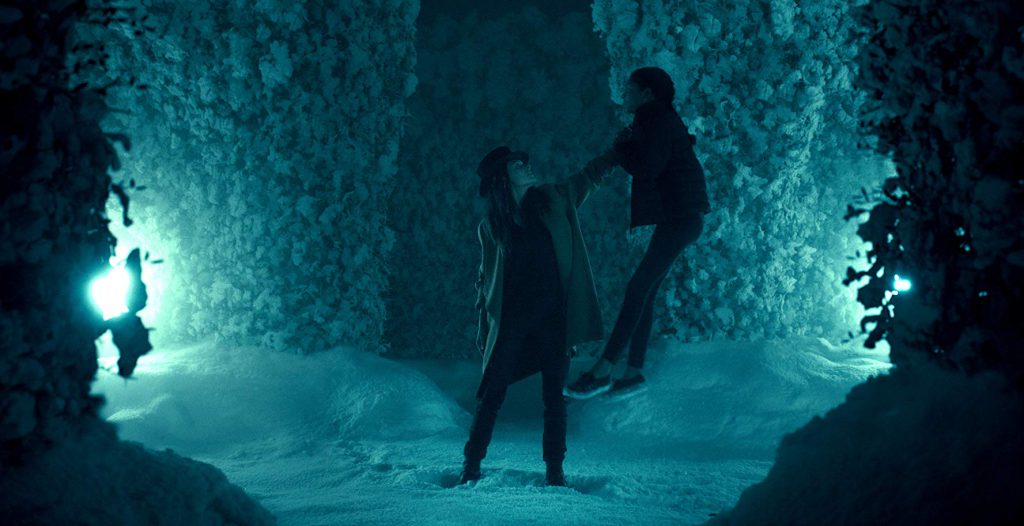 Director Mike Flanagan was in a difficult position when writing the screenplay and directing the sequel. The book had a definitive end, but Kubrick’s adaptation was wildly different – yet, it’s Kubrick’s adaptation that most audiences know. So did he adapt Doctor Sleep to follow in the footsteps of King’s original vision or Kubrick’s better-known movie version? The answer is a little bit of both.

Both the book and Flanagan’s movie have a third act set in the Overlook hotel. King’s book is scary, for sure, but the heart of it is that it deals with themes of addiction and recovery, of generational trauma and how that affects a person throughout their life, and the responsibility you hold toward others even if you feel your life or your addictions give you an excuse to not be responsible. Ending it at the Overlook hotel, of Dan Torrance closing the loop there, made so much sense. But how Flanagan ended it – which I won’t spoil here – is quite different than how the book itself ended. Film critics have been divided so far, with those who never read the book generally really liking it, while those who read the book holding a less favorable opinion. As someone who is a longtime Stephen King fan but also aware of the realities of filmmaking, I understood why Flanagan made the choices he did. It honored King while walking on the path Kubrick had laid before him, and while it may not work for everyone, it makes sense in the context of the movie.

There Are A Ton Of Stephen King Easter Eggs For Fans

If you’re not a fan of Stephen King or well-read in his bibliography, these moments will probably be lost on you but won’t detract from the story. If you are a fan, however, keep your eyes peeled and ears open as there are plenty of references to The Shining, both the book and movie, and other Stephen King works throughout the movie. Endless cornfields, for example, bring to mind Children of the Corn or hints of King’s ultimate baddie, Randall Flagg, the Walkin’ Dude. At one point, a character tells Dan, “Ka is a wheel,” a direct quote lifted from King’s Dark Tower series and its concept of ka, or fate. Other little references and Easter eggs will keep fans entertained throughout the movie with happy moments of recognition.

Doctor Sleep might not be the best Stephen King adaptation we’ve gotten this year – it could have done with about 20 minutes being shaved off, for example –  but it’s certainly a labor of love and one that highlights Flanagan’s trademark ability to layer emotion and humanity into horror stories. For the uninitiated, it might be their favorite Stephen King adaptation yet.