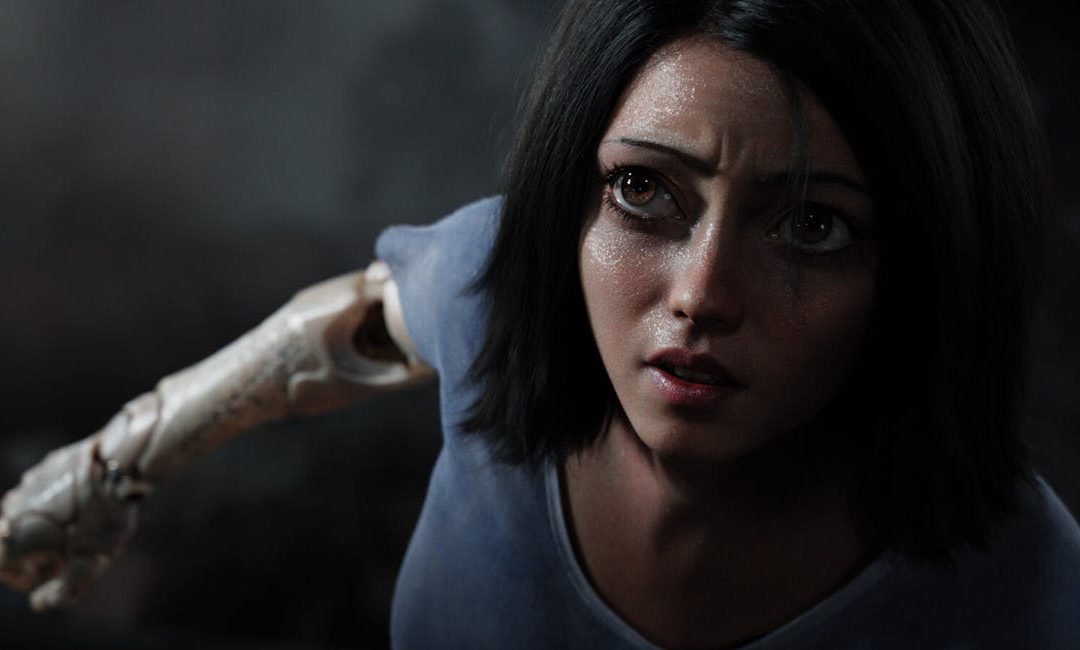 Everything You Need To Know About ‘Alita: Battle Angel’

Next February, a mind-bending and eye-popping sci-fi epic will be rolling into theaters in the form of Alita: Battle Angel. It’s a wild tale of love, war, and robots – seriously. But if its fast-paced trailers have you intrigued and a bit perplexed, we’ve got you covered. Here’s the lowdown on this high-tech adventure.

What Is ALITA: BATTLE ANGEL Based On?

Alita: Battle Angel is based on Yukito Kishiro’s manga Gunnm, which in its native Japan translates loosely to “Gun Dream.” But the English language version of the Japanese comic is titled Battle Angel Alita. This cyberpunk manga series ran from 1990 to 1995 and inspired a 1993 anime with the title shortened to simply Battle Angel. Around this stylish sci-fi franchise grew a passionate fan following that included Hollywood helmer James Cameron. The heralded director of Titanic and the Terminator franchise dreamed of one day translating Kishiro’s vision into a live-action epic. In the late ’90s, Cameron and his producing partner Jon Landau even traveled to Japan to secure the movie rights to Gunnm and to get Kishiro’s blessing for an American adaptation. However, Cameron feared that visual effects at the time wouldn’t be up to the task of building a world of fittingly stunning cyborgs, so his dreams of Alita were put on hold.

Over the years, Cameron pushed CGI to new frontiers with the high-flying fantasy blockbuster AVATAR, a technical spectacle in its own right. And finally, the time seemed right to dust off his long-shelved Alita: Battle Angel. By then, Cameron had a 180-page script with 600 pages of notes. However, as he was and is slated to make Avatar sequels into the next ice age (seriously, for real this time, you guys), Cameron needed to find a filmmaker that he could trust to do his vision justice.

Enter writer-director Robert Rodriguez, who famously translated Frank Miller’s neo-noir Sin City comics into a pair of sick, slick movies. A fateful meeting between these two visionary auteurs sparked a collaboration with their respective production companies, Lightstorm Entertainment and Troublemaker Studios. Cameron handed over his script and directing duties to Rodriguez but stayed on as producer. Together, the prolific duo is poised to bring to theaters one of the most technically ambitious sci-fi adventures to date.

When the first trailer for Alita: Battle Angel dropped, those new to the franchise were left with this big question: Why does Alita have such weirdly huge eyes? Turns out Cameron and Rodriguez did much more than embrace the cyborg tech and cyberpunk aesthetic of Kishiro’s comics. They also transformed leading lady Rosa Salazar’s face, giving her unnaturally big eyes. This was something Cameron intended from the earliest incarnations of his adaptation, wanting to stay true to Kishiro’s design. He and Rodriguez were determined to translate this key element of the manga aesthetic to a look derived from photorealism. This daring creative decision received mixed reactions from audiences with the first trailer for Alita: Battle Angel, so we’re eager to see how they’ll play on the big screen.

The story itself is straightforward and one we’ve seen told a number of ways before. But it’s one that always captivates our imagination. Set in a post-apocalyptic dystopia, the story takes place hundreds of years from now. Merciless war long ago wiped out most of the planet’s population. Those who survived struggle within a brutal class system. High above the scorched earth, the wealthy live in utopian cities like Zalem, while below the poor cluster and scrape by in places like Iron City, where Alita is primarily set. The population of Iron City is made up of people and cyborgs with varying degrees of mech enhancements to their persons. Savvy scrappers dig through the trash dumped from Zalem onto Iron City, seeking metal and mechanical devices of which they might be able to make use. This is how Dr. Dyson Ido (played Christoph Waltz in the movie) finds Alita (Rosa Salazar)–or what’s left of her, more accurately.

As a mad scientist-doctor type, Dr. Ido uses robot scraps to enhance the lives of his patients. So, when he finds the badly broken Alita, he reconfigures her into a new form modeled after a pretty porcelain doll. Once awakened, she has no memory of the world or who she was before, so Ido takes her in and raises her as if she were his daughter. But Alita grows up faster than he’d like. Enchanted by the vibrant streets and experiences of Iron City, she begins to rebel with journeys into spooky spaces, flirtations with a black-market dealer named Hugo (Keean Johnson) and racing into the dangerous and brutal world of the sport of Motorball. Through all of this, Alita begins to realize she was built to be a warrior and pushes back against the delicate body and confining expectations of her loving but constricting father figure as she hungers for change and revolution.

What’s The Sport Of Motorball All About?

Forget the NFL or NASCAR or Punkin Chunkin. The high-octane spectator sport of choice for Iron City is Motorball, a vicious cyberpunk version of roller derby. Players race around a treacherous track battling for control of the titular ball, because crossing the finish line with it could make you the winner–could. Alternately, you could just be sure you’re the last player standing, by any means necessary. And that bit can get quite brutal, because while explosives are forbidden on the track, virtually any other type of weapon is allowed and coming from the director of Machete and segments of Grindhouse we can bet Rodriguez let his imagination run wild there.

For the throngs of Motorball spectators, the ultra-violent sport offers some escape from their day-to-day drudgery. For its players who risk life and limbs, the escape is more literal. Winning is a shot to make it out of Iron City and up to the fancy-schmancy city in the sky.

What Is ALITA: BATTLE ANGEL Rated?

ALITA: BATTLE ANGEL boasts big, scary cyborgs with gear-sculpted mohawks, blades for hands, and a wild array of weaponry. But the action-packed adventure was created to be fun for most of the family. It’s rated PG-13 for mild employment of profanity, sex/nudity, drug/alcohol use, frightening scenes, and, considering how the MPAA works, plenty of cyborg violence, but little to no blood or guts. Well, human guts, anyway. There may be sprays of oil, or whatever cyborgs bleed. Your mileage (and that of your kiddos) may vary.

Will There Be ALITA: BATTLE ANGEL Sequels?

That’s the plan! Part of the thinking behind changing the name from BATTLE ANGEL ALITA to ALITA: BATTLE ANGEL is the latter allows for a sequel subtitle to be easily swapped in. Plus, this movie only covers a fraction of the story unfolded in Kishiro’s nine-volume manga series. All that remains to secure the future of this franchise is for Cameron and Rodriguez’s adaptation to conquer the box office. With its release date being pushed back two months from December 21 to February 14, it has the dual benefit of having two more months to polish the complicated CGI and opening with less competition rather than in a busy holiday season. Will that be enough to pull the trigger on a sequel? We’ll find out.